People should focus on Vladimir Putin's work as president and avoid prying into his personal life — not that he has one because he is so busy with his Kremlin duties, Putin's spokesman Dmitry Peskov said.

Peskov, who made the appeal in a far-ranging interview published Wednesday in Izvestia, also denied speculation that Putin had married former gymnast Alina Kabaeva at a secret wedding over the weekend and said it was too early to talk about whether Putin would run for a fourth term.

"We all voted for the president during elections; therefore, let's focus on what kind of president he is," Peskov said. "As for what kind of guy he is, whether he has a wife or not, let's leave that up to him. We should not interfere."

Putin has long kept a veil of secrecy over his personal life. Thus, he startled the world with an abrupt announcement on state television in June that he was divorcing his wife, Lyudmila, after 29 years of marriage. The news revived long-running speculation that the 60-year-old president was seeing another woman, possibly the 30-year-old Kabaeva, a State Duma deputy with United Russia and one of the most decorated gymnasts in the history of rhythmic gymnastics. 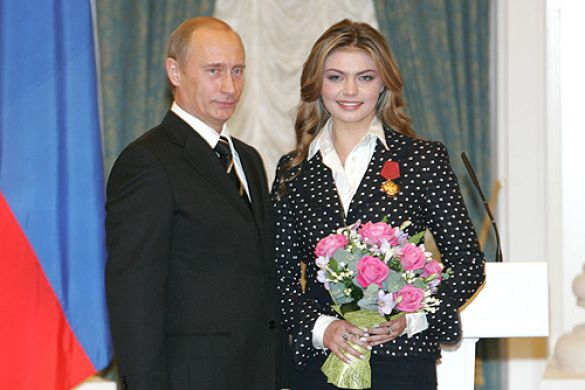 Putin decorating Kabaeva with the Order of Merit for the Fatherland in December 2005. (kremlin.ru)

Peskov, complaining that this was the "100th time" that a rumor had started about Putin and Kabaeva, denied that the two had secretly wed Saturday at the 17th-century Iversky Monastery in the town of Valdai, where Putin had attended a forum of Russia experts on Thursday.

The speculation apparently began when Twitter user @akaloy wrote Saturday: "I've been told that Putin and Kabaeva got married today at the Iversky Monastery. All of Valdai is cordoned off." Opposition leader Alexei Navalny retweeted the message to his more than 400,000 followers, and a heated discussion erupted on the Internet.

"I do not know where this information came from," Peskov said. "I really received a lot of phone calls on Sunday. I was truly amused by those calls, and I replied: 'The only problem is that Putin is in Sochi. I cannot tell you what is cordoned off at the Iversky Monastery.'"

Peskov said it was up to Putin alone to decide whether to discuss his personal life. 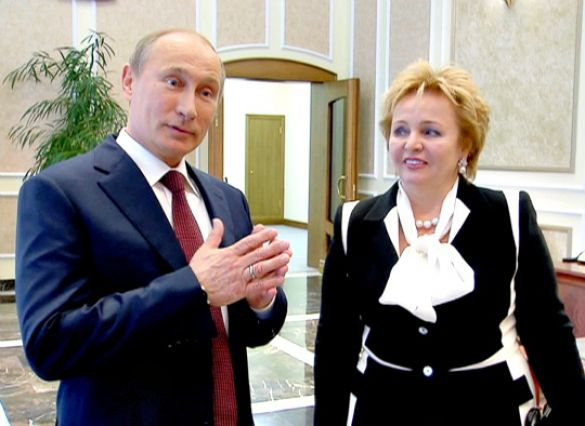 Putin and his wife of 29 years, Lyudmila, announcing their divorce on state television on June 6. (Rossia 24)

Turning to the 2018 presidential election, Peskov said it was to soon to discuss Putin's plans and whether he might back a bid by First Deputy Prime Minister Igor Shuvalov, Defense Minister Sergei Shoigu or Mayor Sergei Sobyanin. A Russia expert suggested at the Valdai forum last week that those three officials, all allies of Putin, might be Putin's main rivals for the Kremlin. Putin himself told the forum that he "did not rule out" the possibility that he might run again.

"It is premature to discuss this topic," Peskov said. "There is plenty of time before the election, and we still have a lot of work to do."

Among the other highlights of the Izvestia interview:

* Putin is willing to meet Yevgeny Roizman, the opposition candidate who won a surprise upset in the mayoral election in Yekaterinburg earlier this month. "As far as I remember, the president very rarely meets with mayors. As a rule, when it comes to communication with regional capitals, he contacts the governors," Peskov said. But, he said, Putin is "not allergic" to Roizman and is ready to meet him as needed, either in a one-on-one setting or at a regular meeting with mayors.

* Putin is not interested in winning the Nobel Peace Prize for his efforts to prevent U.S.-led military strikes on Syria. Some commentators have suggested that the president deserves the award for helping broker a deal under which Syria agreed to give up its chemical weapons in exchange for the U.S. backing down on a threat to carry out the strikes. "Putin does not support getting awards, prizes, and so on," Peskov said. "He is a supporter of obtaining the satisfaction of a job well done."