Contribute Today
By Andrey Goltsblat
June 19, 2013
The Legal Highlights section did not involve the reporting or the editorial staff of The Moscow Times.

Ahead of the 2013 St. Petersburg Economic Forum, we have launched our latest book "A Case Study Guide to M&A Transactions in Russia." We hope it will enjoy the same levels of success as our first book, "The Use of English Law in Russian Transactions — a comparative review," which proved to be a great success and is now a recommended legal text for lawyers, law professors and students, judges and legislators alike. Our new Case Study Guide has a broader appeal and will also be of interest to directors and senior executives, entrepreneurs, bankers, professional advisers and business people generally.

What does the Case Study cover?

The Case Study Guide covers the full mergers and acquisitions (M&A) process in Russia, from the initial negotiations and heads of terms, right the way through to completion and post-completion matters. Some of the highlights include:

• Properly scoping and effectively carrying out due diligence processes; critically analyzing due diligence results and acting on them.

• Post-completion integration and crisis-management, should the unexpected arise.

At each stage of the process, a fictional deal case study (based on real experiences) runs in parallel, with legal analysis and articulation of key issues.

The publication of our Case Study Guide is timely. This week in St. Petersburg, global leaders, politicians, economists, and the CEOs of some of the world's largest corporations will come together to discuss the most pressing issues and challenges facing the global economy, not least of which include the importance of capitalizing on new emerging opportunities and on-going global power shifts. The international spotlight will be on Russia and, in particular, the prized opportunities and challenges that Russia presents to the global economy. 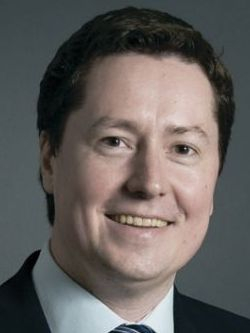 Russia quite rightly sets itself ambitious international business targets: an improved business environment, upgraded infrastructure, economic diversification, increased competition and international investment, reduced corruption and bureaucracy and the creation of an administrative framework where entrepreneurialism can flourish. The Russian government is also making no secret of its desire to establish Moscow as a global financial center, competing with the very best. Opinions vary as to whether all this is realistic and achievable on any great scale, but they are laudable goals nonetheless.

Evolving new global realities have seen the rise of previously sleeping economic giants: Brazil, Russia, India, China (the so-called original BRIC countries), plus new challengers: South Africa, Mexico, Turkey and South Korea, to name but a few. Each of these countries has its own complexities and challenges for domestic and international investors, particularly in the sphere of M&A.

A common factor in the minds of potential investors in these countries, whether consciously or not, is the relative strengths and shortcomings of their respective legal frameworks. In simple terms, how easy is it to invest money, to legally protect and enforce rights in respect of that investment, and to realize the money (ideally with minimum leakage and a healthy return) at the end of the investment cycle? Having in place a solid, reputable and reliable legal framework is absolutely key to all this.

When reviewing the history of Russia's legal framework for commercial deals, it is first necessary to set the clock back some 20+ years to the demise of the U.S.S.R. and the sudden sharp onset of commercial transactions, privatizations and entrepreneurism at its most extreme. The immediate post-communist administrative regime was totally unprepared for such challenging times and the sometimes chaotic results.

Fast forward to the early 2000s and, with the 1998 Russian financial collapse still fresh in investors' minds, legally water-tight deal structuring was a fundamental prerequisite. At that stage, most of the capital was foreign investment into Russia, looking for cheap deals in energy, commodities, telecoms, real estate development and the like. For this and other reasons, most M&A deals were dominated by off-shore holding company structures (often Cyprus, with BVI or Cayman Islands), foreign law governed contracts (usually English law), and dispute resolution was based outside Russia (usually arbitration in London or Stockholm). Bank finance was largely provided by foreign banks, under English law documentation and with both Russian and off-shore security packages.

For those Russian businesses and assets acquired during that period, such deal structures remain largely unchanged and are still in place today. Some have slowly been unpicked over time, the TNK-BP joint venture being the highest profile example so far. Many remain as they were originally drafted. In our Case Study Guide we examine the strengths and weaknesses of such arrangements, looking in detail at issues such as the interaction of different jurisdictions and laws and their impact on key issues such as protection of rights, access to information, warranty and indemnity cover, controls and vetoes, exit strategies and dispute resolution.

Since the onset of the global financial crisis, many deal structures have been placed under the microscope during high profile litigation battles and corporate shareholder disputes. Some have fared better than others, depending on the nature of the dispute, the parties involved, and the specifics of the deal. By and large, most of these deal structures have remained robust and intact.

All change please — the changing face of Russian deals 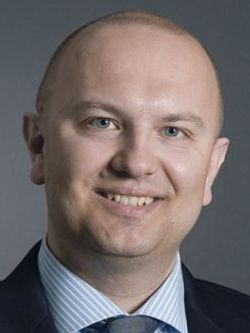 However, since the crisis, the legal market in Russia for commercial transactions has radically changed. Many foreign investors and banks have retrenched their positions or even left the market altogether. With a few headline grabbing exceptions, most of the main players in the Russian M&A market today are Russian, with the necessary debt funding often coming from balance-sheet healthy, state-backed Russian banks. Where foreign companies are involved, the deals themselves tend to be discussed and negotiated in the Russian language by their locally hired Russian executives working on the ground in Russia. English lawyers and other professional advisers provide the technical support in the background as and when needed.

Meanwhile, the domestic political mood has swung heavily toward using Russian law and Russian courts. Russian-to-Russian deals, with no genuine foreign element, must use Russian law or are vulnerable to challenges in the Russian courts. State-backed enterprises are required to use Russian law where possible. Various claims and challenges have arisen in the Russian courts in relation to issues such as foreign law shareholders' agreements for Russian companies and asymmetrical dispute resolution clauses in contracts. Transfers of interests in Russian LLCs must be notarized, necessitating the presentation of a Russian law sale and purchase agreement to a Russian notary. Again we touch on all of these issues in our Case Study Guide, providing practical tips and guidance.

At the same time, the Russian Civil Code continues to be developed and improved in an effort to enhance the existing commercial legal framework. High profile anti-corruption measures are also being taken, and this is having a marked effect.

In tandem with the measures mentioned above, off-shore structures have been publicly criticized by the Russian government for various reasons. In some cases it has been suggested that they are used as a conduit for tax evasion and unlawful concealment of assets, as a facilitation route for capital flight, and as a means of avoiding Russian regulatory and merger controls. Add to this the recent fall-out from the Cyprus banking crisis, particularly the reported adverse effect on Russian account-holders, and the pressure for change is mounting.

However (and it is a big however), this all needs to be weighed against the consequences for investors of using Russian law, Russian legal and corporate structures and the Russian court or arbitration systems. Russian business law is still developing and does not yet recognize many of the usual legal concepts used in complex M&A and financing transactions, such as warranties, indemnities, conditions precedent, escrow, earn-outs, restrictive covenants, many veto rights, tag & drag rights, put & call options, leaver provisions, ratchets, deadlock mechanisms, to name but a few. In our Case Study Guide we review, in depth, each of these legal concepts, their advantages and risks, and analyze how they work in practice.

Rightly or wrongly, many foreign investors are also reluctant to use the Russian courts over concerns about a perceived lack of neutrality, official interference or even allegations of corruption. To the extent that the Civil Code is amended in order to incorporate some of the legal concepts mentioned above, there will be an inevitable transitional period while the courts and judges accustom themselves to the new laws, how they should be interpreted and what their effect will be in a Russian context. All this will take time and patience, and creates uncertainty and the potential for unpredictable, and even conflicting, outcomes in the short term.

Back to the future

The reality for now is that 80-90 percent of significant Russian M&A transactions continue to be structured under English law or with a significant English law component and this is unlikely to dramatically change any time soon. The global nature of today's business environment means that investors will always find ways to structure their transactions off-shore and to avoid restrictions on the use of foreign laws in deal structuring (in any country, not just Russia). To change this attitude, the new world growth economies (including Russia) must continue to enhance and improve their own legal systems and frameworks, so that investors do not consider it necessary or worthwhile to incur the extra time and expense of creating and maintaining foreign law deal structures. We believe that our Case Study Guide can help to speed up this process.

What are the aims of the Case Study?

In creating the Case Study Guide, we have aimed to show how most Russian deals have previously been carried out, and to highlight the key legal structures, mechanisms and institutions involved in this. We are not promoting "off-shoring" at the expense of Russian law, but instead are presenting a factual snap-shot of how most transactions are currently structured. Many of the legal concepts mentioned in the Case Study Guide will, over time, continue to be integrated into the Russian Civil Code.

As partners in an international firm with a key presence in Russia, we very much hope that over time Russian law will develop to such an extent that it is not only used for Russian deals, but also for many global deals outside of Russia, much the same way as English law continues to be at present.

* Goltsblat BLP is the Russian practice of Berwin Leighton Paisner (BLP), an award-winning international law firm headquartered in London and with offices operating in major commercial and financial centres throughout the world — Moscow, Abu Dhabi, Beijing, Berlin, Brussels, Dubai, Frankfurt, Hong Kong, Paris and Singapore.
The firm has a team of 100 Russian, English and US law qualified lawyers based in Moscow and over 800 lawyers in the other international offices.
Goltsblat BLP clients include over 600 companies, about 70% of them being major multinationals operating in Russia, including 23 Fortune 500 clients.

Moscow claimed that the withdrawal was a voluntary show of “goodwill.”
Roll Credits

Overall smartphone sales in Russia fell by 30% compared with April-June 2021.