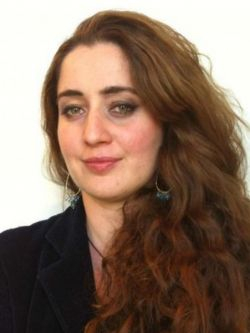 In June 2012, Russian President Vladimir Putin approved a long-awaited strategic document: the Concept of the State Migration Policy of the Russian Federation until 2025. There has been a need for a policy that fits in with modern day life, discussed among not only specialists and experts but also the general public. First of all, it was essential to design certain national security mechanisms and create conditions to ensure sustainable economic growth amid globalization. However, the formulation of the integral migration strategy proved to be costly in terms of time, money and expertise. This is not surprising, given that the Russian Federation is one of the largest countries in the world and one of the richest in natural resources. It is also a country that has underdeveloped, sparsely populated territories and shares its borders with multiple overpopulated neighboring countries that are not as rich in natural resources.

Today, in order to accelerate the complex migration-related measures, in other words, to make the concept really work, the government has decided to set up a relevant regulatory framework. An encouraging sign is that the Federal Migration Service, or FMS, has already published an action plan for the implementation of the first stage of the Concept. Furthermore, a number of draft laws have been actively developed as part of the Migration Policy Concept. In particular, these include certain legislative initiatives that require labour migrants to pass an examination in the Russian language and fundamentals of Russian law. Moreover, a draft law imposing criminal and administrative liability for organizing illegal migration is expected to emerge in Q2 2013. A draft law that simplifies the procedure for issuing residence permits to foreigners working in Russia over a lengthy period of time and introduces a scoring system for migrants will see the light of day early in 2014. This draft law will also introduce a simplified entry procedure and lift restrictions on work and study for families of those foreigners who have long-term employment contracts. Furthermore, by the end of Q1 2014 the State Duma will consider a draft law simplifying the procedure for granting Russian citizenship to entrepreneurs, investors and qualified specialists holding residence permits, and to their family members, as well as to graduates of Russian educational institutions. Further developments anticipated in the middle of 2014 include an improved procedure for evaluating the need for foreign workers and designated measures for attracting foreigners to fill vacant jobs not popular among Russian citizens. Thus, these measures are expected to achieve the annual migration gain to a level of 200,000 people (fellow nationals living abroad) by the end of 2015 and 250,000 migrants by 2020.

According to experts, in the near term labor will become one of the most demanded if not the most critical resource in Russia, and migration will play, quite literally, a fateful role in the country's development, economic growth, social stability, well-balanced regional development and, finally, in maintaining its integrity. Thus, an adequate migration policy is essential for further development, and immediate action is required to prevent a labor resource collapse in certain Russian regions. There is an opinion that neither technical improvements nor modernization of the economy would help the situation without sufficient labour resources. That is why the state and civil institutions have become more aware of not only migration challenges and risks to society, but also the opportunities that migration provides.

The main goal of these measures is to develop a system that regulates Russia's migration processes and that is designed to support the sustainable social and economic development of the country. The key point is that the migration policy must fully meet the realities of today and the changes that are occurring in the country and across the globe. Therefore it is notable that as early as at the first implementation stage, the Concept proposes to create so-called migration support centers in Russia. The program proposes conducting a medical examination of migrants, developing residential infrastructure for labour migrants on a PPP basis, creating conditions for labour migrants' integration and adaptation, including information and legal assistance centers, arranging courses in Russian language, history and culture and conducting selective studies on local and international migration issues. These efforts represent the innovative approach of the state in terms of solving a whole range of migration issues.

The second stage, that is scheduled to be implemented between 2016 and 2020, includes the consolidation and analysis of law enforcement practices regarding regulations adopted to enable the implementation of the goals, objectives and directions of the concept. Thus, it is expected to cease the migration outflow from Siberia and the Far East by 2021.

The third stage (2021-2025) will include the performance assessment of programs implemented as part of the main lines of the concept, revision of strategy framework, priorities and key implementation guidelines. Upon completion of the third stage, the concept is expected to afford the migration inflow in Siberia and the Far East by 2026.

Thus, to ensure the consistency with the goals and objectives set out in the Concept of the State Migration Policy until 2025, and to better regulate the external labor migration, the current laws that regulate migration are likely to change significantly in the near future. Furthermore, knowing that the concept has been developed by migration specialists relying upon both domestic and international experience in the field of migration management, as well as considering worldwide globalization trends, hopefully the measures proposed in this document will help restrict illegal migration and, at the same time, cover the need for certain specialists in the labor market. For the moment, it must be emphasized that the concept adopted by the President constitutes the first ever attempt in contemporary Russian history to provide structure to the nationwide migration processes of the country through the creation of a suitable legislative framework. Until now, the only document regulating the attraction of migrants was the compatriot resettlement program.

It appears that with the adoption of the concept there is a real trend towards a straightforward set of rules and conditions designed not only to reduce illegal immigration, but also to attract the educated and qualified labour migrants that the country feels the need for and to enable their integration and adaptation into the country. It is notable that the document was approved by the Russian tripartite commission represented by governmental officials, employers and trade unions. The concept has also received the seal of approval from the International Labor Organization, the International Migration Organization and the World Bank, which is also important.

Thus, in light of the aforesaid developments, it should be noted that the government is taking steps to enhance, liberalize and improve current Russian migration legislation, which would have a positive impact on the regulation of migration processes and the country's image in general.