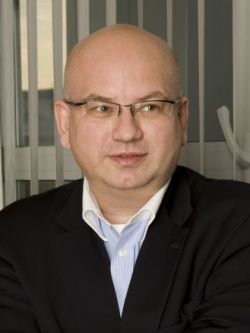 Thus, we are facing the task of helping entrepreneurs redirect toward innovations in manufacturing, which are the main domains of growth-oriented entrepreneurs around the world.

The state tries to cope with the task using the means it has available: supporting beginners with grants, developing microfinancing and credit mechanisms, offering tax reductions, and creating infrastructure, including technology parks and business incubators.

Along with oil, gas and mineral resources production growth, business community is interested in the development of innovative economy in Russia that is mainly ensured by entrepreneurs rather than big government-owned corporations.

Therefore, 10 years ago Ernst & Young launched the Entrepreneur of The Year competition, which is now held in more than 140 cities and more than 50 countries worldwide.

In the last five years, more than 6,500 entrepreneurs have taken part in the competition in different countries, including heads of companies whose names are known all over the world. More than half of them are included on the NASDAQ-100 index. It is noteworthy that we marked many of the leaders' achievements before their companies appeared on the index.

What makes this award different from similar competitionx is the unique way of recognizing entrepreneurial success and individuals with creative potential who know how to promote their ideas and lead others with their enthusiasm and achievements.

In the last 10 years, more than 200 heads of Russian companies reached the finals of the competition. More than 100 winners from more than 50 cities of Russia were chosen from among them.

Ernst & Young recently surveyed winners and finalists of the Entrepreneur Of The Year competition about one of the most topical issues in economy — job creation.

Worldwide, 8,000 Entrepreneur Of The Year winners participated in the poll. They said that while other businesses struggle to create jobs:

We also learned that the most important factor influencing their hiring plans is sheer growth in the markets for their product and services. In that sense, our entrepreneurs may well be the first to spy land after a long, choppy ocean voyage.

Of course, entrepreneurs are hard-bitten realists as well as visionaries. In Ireland, the U.S., Britain and Australia, they expressed little confidence in the overall direction of their country's economy.

And fewer than one in 10 is satisfied with the quality of their local workforce. Nonetheless, these entrepreneurs are overcoming obstacles, starting new businesses and expanding their current ones, and, oh, yes, boosting the global economy in their wake.

When it came to the positive factors affecting 2012 hiring plans in their headquarters country, entrepreneurs told us that two main things were having an impact:

• An increase in the market for their products and services

• A desire to improve their technology or innovation

The two main negative factors influencing hiring plans were government policies and the regulatory climate. Clearly, there is room for governments to take action to encourage job growth at entrepreneurial companies, or perhaps stay out of their way.

When asked to name the two reasons they were planning to hire outside their headquarters country in 2012, the growth opportunity attached to entering a new market was overwhelmingly the most important, cited by 74 percent of respondents.

Just 14 percent cited lower labor costs, and just percent chose a more favorable regulatory climate, contradicting the conventional wisdom that these are the most important reasons why businesses create jobs in new jurisdictions.

Since founding their company, 83 percent had created a related business within its borders, and 56 percent had started a new company.

Entrepreneurs also give back to their communities. Among respondents, 57 percent actively supported community service, and 25 percent had created or funded an educational program.

Finally, many survey respondents are benefitting their economies by actively supporting new entrepreneurs. A robust 55 percent had served as a coach for other entrepreneurs, and 29 percent had acted as an angel investor for another startup.