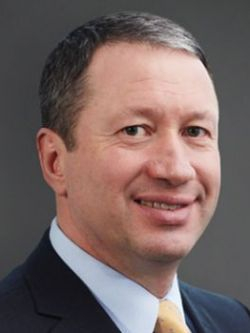 International investors looking to move into the Russian market will invariably find themselves choosing between direct investment, and looking at Greenfield or Brownfield investment, or selecting a Russian partner, either as a joint venture partner, or as an acquisition target. Regardless of the approach taken investors should ensure that they are aware of potential risks and have a developed strategy ready for handling them.

Brownfield and Greenfield projects are often popular with manufacturers and those looking to build major fixed assets, because they allow building from the outset within current laws. They generally involve gaining a number of permissions, which means a longer implementation timeframe, but often less legal and compliance risk, with a reasonably straightforward process running from site selection to equipment importation and assembly.

In choosing a general regional location it is difficult to underestimate the role that local administration can play. Where local administration prioritizes or supports a project, land allocations, area zoning, permits and licenses, and public certification processes can involve considerably less time and effort, which can make the difference between meeting a schedule perfectly, or facing costly delays or post opening issues. 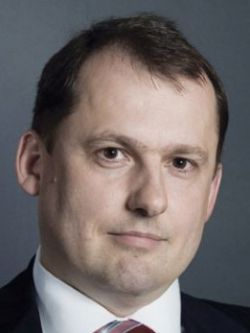 Investors should be aware that local authorities can, in their enthusiasm to support investment, sometimes issue assurances over issues beyond their control, and should always ensure that promises can be backed. The key issues for a general regional decision are local legal and tax regulations, the local investment climate and administration, its FDI experience, and its administrative pro-activeness. Investors need effective support in negotiating incentives, legislative initiatives, investment agreements and the application of local regulations.

In choosing a specific location site, many issues come into play, including commercial, engineering and technical consideration of logistics, human resources, energy, infrastructure, market access, sales and supply, and working environment issues. Any given site may have differing encumbrances, zoning, sanitary and environmental issues to be considered, as well as potential limitations on foreign usage, and then infrastructure.

Every shortlisted site should be subject to a detailed and comprehensive legal, engineering and environmental due diligence. We advise investors to look beyond the general statute of limitations for exceptions, and to understand the limitations of the real estate registry.

Addressing corporate issues involves assessing business models, cash flow, profit and loss consolidation, as well as determination of whether the facility can be operated by a local company or via a local branch of an existing Russian company. This can involve the creation of new corporate entities, a range of corporate documents, sometimes charter capital, and HR Issues (including work permits).

Public land is heavily regulated, whereas private land usually has considerable room for negotiation on terms and conditions. Our experience is that 90 percent of greenfield projects follow a preliminary facility location approval process, leading to a long term lease without tender, and a purchase option when a facility goes into operation. This can result in a fixed price, often below market level. Purchase of a public greenfield site is possible via a public tender, which can be more expensive if there are competing bidders.

It is worth noting that leased public land in Russia is a reliable instrument, because title to a facility on land is entered into the Real Estate Registry separately from title to the land. This effectively gives facility owners extensive rights about the future of the land. The new Civil Code may bring about further change, but currently land acquisition for an industrial development can take from 3 to 9 months depending on the particular situation.

This stage, addressed by licensed civil engineers, covers EHS, fire and sanitary issues, through to connection to local infrastructure. We generally advise that design documentation requires designers to gain positive expert opinion on the design package, with a number of official approvals generally being required at design documentation stages, as well as State Environmental Examination. Depending upon the complexity of the proposal this stage can take up to five months, and longer depending on expert opinion, with legal advisers drawing up the full contractual concept.

After positive expert opinion, municipal authorities normally issue a building permit within 10 days. It is important to harmonize all contracts (Design, General Contractor, Technical Customer, Suppliers, etc), and investors should be aware of both the local experience of the contractor and mandatory construction licenses, as well as other projects the contractor is completing, with risk mitigation strategies identified.

Industrial projects can be financed using company resources and tax/investment concessions, as well as via debt/equity. Project financing in Russia is broadly similar to that elsewhere (except to local tax, forex, regulatory and permitting issues): whether financed by international investment support institutions or by private syndicates. Financing by Russian banks is, as a general rule, regulated by Russian laws; whereas transactional documents used by international banks and institutions are traditionally subjected to the English law. General timing for developing financing can run as long as 4-8 months, with complexity likely to significantly increase costs.

Investors importing plant and equipment should be aware of applicable customs and duties issues, with particular attention being paid to customs classification codes. Once the facility is built and has an operating permit it should be entered into the Real Estate Registry with investors needing to be aware of taxation implications.

Many investors look to engage with a local partner when coming to Russia, making joint ventures or full acquisitions attractive. These tend to be more risky from a legal and compliance standpoint, but they often enable faster implementation than FDI.

Due diligence — don't leave home without it

In all cases a careful due diligence is essential, along with an effective deal structure making clear future management and control issues. Choosing between full acquisition and a joint venture invariably reflects legal and financial risks revealed by a due diligence on the target for many international investors in Russia. Care should be taken in structuring any deal to minimize historical risks and scope any future possible risks. Where due diligence reveals major issues it may be vital to share them with potential joint venture partners.

It is also common to structure JV and M&A Deals under English Law, which is generally more flexible. A joint venture may be preferred over full acquisition for foreign investors who lack experience in managing target businesses and a Russian labor force. Likewise, the more knowledge a foreign investor has of the local legal and commercial environment, the more likely it is to pursue a wholly-owned subsidiary.

One key factor when evaluating between a joint venture or acquisition is the scope of the potential partners assets. A joint venture may be appropriate when a Russian partner has desired assets which are not readily separated from other assets or if it is a strongly diversified business.

In some cases a planned acquisition may require prior restructuring, which could be affected by anti-monopoly laws, as well as any need to re-obtain licenses or permits essential for functioning. Russian law can be inflexible when it comes to regulatory compliance, even where the circumstances are just a formality, and where restructuring cannot be agreed or is too expensive then a joint venture can be the preferred option.

Investors should be aware that full acquisition implies anti-trust and other mandatory regulatory issues, meaning that acquisition of a Russian target operating in a Russian strategic industry sector, beyond limits established by Russian law, would subject to prior assessment and approval by a special government committee.

Many international investors taking over a Russian company or engaging in a joint venture will seek to bring in global expertise for at least key management positions. Russian immigration legislation involves a complicated and time-consuming process for international employees to work in Russia. Every foreign employee must obtain a work permit after the employer has obtained an employment permit from the Russian immigration authorities. The whole procedure can take up to 3 months and failure to comply with it can result in severe fines imposed on both the employer and foreign employees.

Many investors prefer to use English law. It has the advantage of being widely used across many jurisdictions and having a clear interpretation and practice, with well-developed documentation, when it comes to investment issues. Business partners often find that English law gives them the flexibility to structure an agreement as they want, as well as including concepts such as put and call options, rights of veto, restrictive covenants, drag along and tag along provisions, good leaver and bad leaver provisions, step-in rights, share ratchets and deadlock mechanisms.

It also facilitates the use of arbitration outside of Russia, which is quite common even where partners are Russian (see, Berezovsky vs Abramovich, TNK-BP Shareholders Agreement).

Generally, in the absence of consistent court practice it is difficult to foresee how the courts will interpret and enforce provisions. Russian courts often adopt a conservative and formalistic corporate conflict resolution approach, and it is possible that many internationally understood and well-known material terms (e.g., options, covenants pending completion, exclusivity, drag along and tag along, etc.) may be challenged in Russia as running counter to Russian law. This risk cannot be fully mitigated and can potentially put a foreign investor in a weaker position in the event of corporate conflict. Even where a joint venture is regulated by foreign law, provision enforceability can be a risk as Russian courts tend to avoid applying contractual rules governed by foreign law which are not customary in the Russian legal system.

Breach of a Russian law shareholders' agreement may not entitle another party to challenge and reverse a corporate decision adopted in violation of the agreement, and it can be difficult to enforce a foreign shareholders' agreement in the same way. Russian courts are often reluctant to compensate for large damages, especially those related to consequential loss, when facing claims for contractual damages.

Investors should be aware that injunctions are not recognized under Russian law and that Russian courts do not have the right to grant them or to enforce injunction orders awarded in foreign jurisdictions.

Foreign investors often seek to impose protective non-competition covenants on a Russian partner in a joint venture. In most cases, these covenants conflict with Russian anti-trust legislation, and are not enforceable in Russia, as Russian law prohibits any general waiver of rights or limitations.

Careful drafting and a thorough analysis of the parties' market share and commercial arrangements is essential to formulating and non-competition requirements in Russia and making them work.

Many foreign investors in Russia working through a joint venture seek to apply their existing ownership policies and rules to the operation, and find themselves opposed by the joint venture partner, and can find that Russian legislation can be inflexible.

Governance and compliance are becoming a more significant part of the risks mitigation programs across all sectors of Russian business. This is being helped by international factors, with the FCPA in the U.S. and similar legislation in Britain and the EU driving the compliance in Russia.

Appropriate governance should be in place for decisions in critical areas such as charity, donations and sponsorship, with board approval and clearance from legal and financial functions minimizing risk.