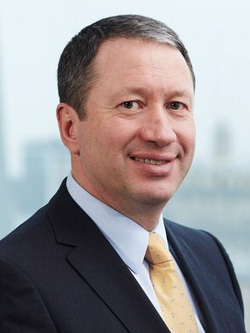 Russia is always perceived as being a fairly corrupt environment for companies to move into. What are your thoughts about the experience of companies on the ground, and what factors influence how they deal with the issue?

A key factor influencing how companies react in Russia is international legislation, with the U.K. Bribery Act and the U.S. Foreign Corrupt Practices Act (FCPA) not only helping in the U.K. and U.S. but also helping Russian companies fight corruption. Recent Russian legislative changes are also starting to take effect. The businesses we work with are sensitive about it and very careful with their relationships, generally using well-developed guidelines.

What do you tell companies on the ground in Russia about how they should respond to a potentially corrupt approach?

We tell our clients that rule number one is don't, rule number two is never, rule number three is make sure you are guided and understand how not to become involved in anything that is inappropriate.

Sometimes companies tell us they have been approached to participate in a corrupt practice, to get permits or to get a decision from authorities. Either they have been told directly they are going to have to pay money, or they have been somehow given a hint that this is the way forward.

Obviously such a situation is not unique in Russia — many companies face it — and it is very important that all companies understand that the only way for them to mitigate risk is to follow legal process and procedure.

You have mentioned one common form of corrupt practice in Russia — seeking a payment for a decision. In what sort of circumstances does that occur?

Permission based corruption or licensing corruption is where a business needs a license or approval, and a bureaucrat is looking for a payoff.

In practice, where a company needs decisions it might face delays, with different types of messages — sometimes confusing reasons it doesn't understand, where it is told it needs this paper, then that paper, or maybe a form hasn't been filled out correctly or even been lost. Then the company may be told its issues can be addressed with a gift or payment. We have had experiences where clients have said no to these types of suggestions, and the decision has taken maybe two years rather than the six months it should have.

In reality this is a form of direct extortion. In many instances businesses can be told that someone will "fix" whatever process is involved in exchange for a payment. But we tell clients that if they behave inappropriately and they make a deal with that kind of service, then the next day they are at risk of someone determining that the outcome is not necessarily legal.

Is it always an administrative official seeking a payment, or is it that sometimes a company might offer the payment?

We have come across instances where businesses get some sort of encouragement from a senior political or administrative figure encouraging a development — building a plant or facility — supporting their project. That may not necessarily be corruption.

But sometimes businesses, after hearing of this "official" encouragement, wonder whether they need to go through with the appropriate administrative processes and can expect the way forward for them to be cleared in some way. Then when they are asked to follow the relevant procedures, they wonder whether they are being persecuted by bureaucrats and can start to think that because this is Russia and they have heard so much about extortion and corruption here, that if they haven't received an approval or permission, then the answer may be that they haven't bribed an official. That can lead to corruption in instances where actually no bureaucrat is looking for it.

Do some companies see corruption when they are actually just seeing a bureaucratic process?

In many instances it is just a matter of dealing with the legal process, and if they have good legal advice, companies will generally be well aware of what the standard time frames for decisions are. Sometimes it has nothing to do with corruption and has a basis in need. It is ridiculous to assume that just because some senior official has given some form of encouragement that there will be no need for a bureaucratic process.

Of course, a company can be frustrated from a timing point of view. But any short-term advantage it may get from being involved in a corrupt practice obviously increases the risk dramatically from then on.

What other major forms of corruption could a company come across?

The other major form of corrupt practice that companies can come across is kickbacks from suppliers to a state business, which corrupts the tendering processes. It often means that public authorities buy goods and services at inflated prices, and that the extra amounts paid are shared between someone from within the public authority making a purchasing decision and someone from the company selling the goods or services.

But there has been a major improvement in state buying and public purchasing in the wake of a number of scandals over recent years. There have been major exposes by Internet bloggers and the press increasing awareness of corrupt purchasing practices from public agencies, and there is now more pressure. That isn't to say that the practice has gone, but that there is now greater public awareness and greater scope for possible exposure.

Corruption has been seen as part of Russia for a long time. How does this affect how Russians see corruption?

Corruption has been an issue in Russia for centuries, and if you look back through Russian literature of the 19th and 20th centuries, you see Gogol and others wrote about it extensively. We all know the stories about paying traffic police or fees to doctors or professors, and we have a perception brought down to us from our parents that it is a way to live in Russia. Then we try to extrapolate that kind of social understanding to business relations. Some people think that it is the Russian "mentality," and that you can't really fight it.

The reality, I think, is that when you tell people how they should behave, generally they will try to do the right thing — psychology is very important. It's only when we are told something is wrong that we stop and think about it, and that is my experience — and we provide and organize a lot of training on this subject. Any reasonable human being likes legitimacy. That is what I believe Russia should change. It should not only be the message from international businesses, it should be from the Russian government — that the way we do business now has changed.

Do you think the Russian government is making the right progress in sending that change message?

I think it is, but there is still much to do. It has started weakening the dependent relations, between the state corporations and the suppliers of those corporations. Russia also recently ratified the Anti-Corruption convention, and the Duma has passed a law increasing the fines for corruption so that they are many times the primary amount. This will have an impact as well. People are facing greater risks, and the fines are now becoming an issue in a way they weren't in the past. But at the same time I don't believe legislation or lack of legislation is the problem. Basically it is a matter of will, political will. Corruption talks in Russia, constantly, and I think there will never be a time where we could say corruption is not an issue or need to be fought. But I think we are making progress.

Is the Russian business environment changing when it comes to corruption?

Yes. More Russian businesses now realize that these practices are not strategically right even where they can provide a short-term advantage. Foreign businesses are bringing a different business culture here — and that fits in with what the government is trying to achieve — and it gains added impetus from the requirement on U.S. and European corporations to be proactive in training local partners.

Under the anti corruption laws in the U.S., U.S. authorities may question companies about an issue, leading to legal action, even if it has not taken place in their jurisdiction. The British legislation is similar. On the other side, Russian joint venture partners and suppliers are now required to conduct due diligence and take steps to mitigate inappropriate behavior, and they are adopting risk management strategies, and more people are learning.

The new wave of business looking to move into Russia faces a very different environment than companies coming 10 years ago. The legal environment is more transparent and clear than it was for the first wave, where there were sometimes no laws at all. Taxation law is far clearer, financing is generally easier, and they are coming into a far more mature business and legal environment.

Russian companies such as Rosneft and Rostelecom are now facing an environment where they need partners for new projects. You cannot attract those types of partners by presenting them with a partnership that doesn't accord with their culture and values. They need to share values.

Do you think the political will to do something about corruption will continue?

I am sure the government realizes that change is needed for business and Russia's economy. They are continuing the privatization of large sectors of the economy, and this is important as international investors in large corporations are key drivers of more efficient and transparent practices. More joint ventures and further integration means more training takes place about corrupt practices. We do a lot of corporate training about corruption — how to identify it and to mitigate risk as well as look at specific circumstances for clients. So we know how it works, and we have certainly seen considerable change and expect more.