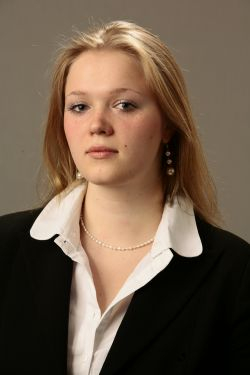 Although labor legislation and its application are expected to continue developing at a brisk pace in 2011, it is a bit too early to speak of a "great migration" of laws in the field. Indeed, only a handful of the original draft laws proposed for this year have been adopted as law, and these are mostly of a technical nature.

The hottest issue at the end of 2010, and one that had the business community concerned, was the proposed veto on outsourcing and outstaffing, with the opposing forces — one represented by trade unions and the other by employers — jockeying for favor among legislators. Perhaps because of a lack of balanced views and positions, the opponents were unable to find the middle ground or actively involve the party that has the most interest in the matter — the employees.

Trade unions use statistics to support the unsubstantiated legality of establishing outsourcing and outstaffing in Russia, citing a violation of the rights of employees who had previously suffered during the 2008 financial crisis, when many employers acted in bad faith. Unfortunately, the statistics do not include the opinions of employees who have benefited from outsourcing and outstaffing. Specifically, this applies to highly qualified specialists and migrant workers. One can only hope that the final results will be considerably more balanced than any of the preceding discussions.

Nevertheless, 2011 may already be deemed as being abundant in amendments to labor law. First of all, there are changes to the procedure of sick-leave pay, with the burden on businesses continuing to grow in this respect. Indeed, as of Jan. 1, 2011, employers are required to pay the first three days (instead of the first two) of employees' sick leave at their own expense, while the Social Insurance Fund picks up the baton starting only from the fourth day.

Taking into account that a lot of sick notes are issued for three days, the state's responsibility in this respect has been partly reduced. The very procedure of calculating sick-leave pay has also been subject to significant amendments, which do not seem, however, to have made it easier or more advantageous for either party. Finally, when terminating an employment agreement, the employer must now issue a certificate on the employee's last working day, confirming the average salary of the respective employee.

Now, turning our attention to current trends in the application of laws and regulatory acts, one may notice an ever-growing tendency to interpret any existing ambiguities in the employee's favor. Despite the principle of balanced interests repeatedly outlined in the decisions of the Constitutional Court, it is still currently viewed as a sacred necessity to tilt the "balance" over to the employees' side. It is still common to deal with cases where employers face judicial riddles and charades, with no hints or clues at their disposal.

At the same time, some areas where employee rights need more protection or more precise legal regulation are neglected, such as legislation on applying regional coefficients and allowances that are very unwieldy and outdated. Therefore, it is crucial now to find a balance between the interests of employees and employers, and to make the social responsibility of businesses more rational and proportionate to their rather limited opportunities in terms of employment policy flexibility.

In closing, taking into consideration that the trends of the preceding year are typically reflected and implemented in each subsequent year, we can only hope that 2011 will be a decent predecessor to 2012 in terms of employment policy and labor legislation.