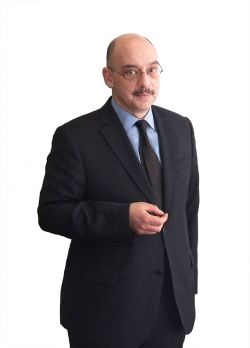 The human resources outsourcing market is entering a stage of rapid, worldwide growth. According to research by Global Industry Analysts in 2011, the HR outsourcing market is continuously growing and will reach $162 billion by 2015. Payroll outsourcing will be a major component. How will this tendency affect the Russian market?

One key growth element of global HR outsourcing is the global deal, where a multinational company outsources the HR functions for multiple locations to a single provider. Most global corporations have offices and representatives in Russia. In most cases, Russian HR functions become part of global outsourcing deals. This means local HR and finance managers are guided by their headquarters to follow global policy and outsource HR and finance and accounting (F&A) noncore functions.

While in global markets payroll is usually considered an HR function, in Russia it has traditionally been unusual to separate payroll from accounting. But the recent economic crises have made companies pay more attention to optimizing processes and increasing efficiency. This has led many global corporations to revise their accounting and HR procedures and follow their global practices in Russia too. Payroll has moved from accounting to HR and this has caused additional difficulties for local HR managers. It is hard to control processes that are unfamiliar because they historically fell within the remit of the finance department.

The main driver for increasing HR and especially payroll outsourcing deals is cost reduction. With the global economic downturn, cost reduction has become paramount for businesses, with a focus on smaller investments in outsourcing single processes as well as enhancing the significance of HR outsourcing, says a report by Global Industry Analysts. Payroll is just one of the areas that are more commonly outsourced, due to the inherent complexity of the function and the accuracy required to carry it out.

Further research by PricewaterhouseCoopers in conjunction with a leading global payroll outsourcing provider was focused on hidden costs that can be associated with payroll when done in-house, versus outsourcing. The research showed that organizations that retain payroll in-house spend on average 18 percent more than those that use outsourcing.

In Russia, the impact of global market tendencies in F&A and HR outsourcing is quite extensive and has provoked rapid growth in demand for such services.

The economic slowdown has not had any significant negative impact, as payroll outsourcing is generally intended to decrease costs. There are a number of local outsourcing service providers as well as companies that are present in other regions that have included Russia in their geographical coverage. It should also be mentioned that consulting and audit companies also deliver HR and F&A outsourcing services. This increases competition in the market, meaning that only those that deliver high service quality, competitive pricing, a clear focus on geographical presence and technological support will continue growing.

Another trend in Russia is increased interest from local enterprises in HR and F&A outsourcing. Until recently, F&A outsourcing was mainly used by local representatives of foreign companies.

Overall, the outsourcing of noncore activities is gaining popularity in Russia, and in the coming few years we will see further strengthening of the Russian F&A and HR outsourcing market, closely following global trends.

The Katyn memorial was erected in memory of the 25,000 Poles, mostly army officers, massacred by the Soviet Union.
Over the border

The "massive bombardment" struck infrastructure but had not caused any casualties.
'military operation'