In a tumultuous year for Russian science, the unexpected death in October of Valery Rubakov, one of Russia's most renowned physicists and a moral authority to its scientific community, drew a symbolic line under the efforts of the country’s intelligentsia to resist the devastating Kremlin power grab of the past decade.

With Russia now a global pariah due to its unprovoked invasion of Ukraine, it’s clear that Rubakov was ultimately unsuccessful in his efforts  — as were the many others who shared his views — yet the independence and dignity he maintained throughout his decade-long struggle to keep science above the political fray serve as an impressive example of how personal qualities alone can resist creeping authoritarianism.

Rubakov was born in Moscow in 1955 and studied at some of the Soviet Union's most prestigious institutions, including Moscow State University's Department of Physics and the Institute of Nuclear Research (INR), where as a PhD student he first proposed a remarkable insight on contemporary field theory now known as the Callan-Rubakov effect. The paper he published made waves around the world, and before Rubakov had even finished his doctorate, he already had a scientific phenomenon named after him.

His subsequent work publishing important research on both particle physics and the cosmology of the early universe proved that his early success had been no accident, however, and he went on to teach and carry out research all over the world, including at the European Organization for Nuclear Research (CERN), where the Higgs boson was discovered in 2012.

Aged just 42, Rubakov was elected to the Russian Academy of Sciences in 1997, a breath of fresh air for a sclerotic institution made up almost entirely of elderly scientists at the time.

For the Russian scientific community, Rubakov was far more than just a talented physicist, however. When the Kremlin began a controversial series of reforms to the Academy of Sciences in 2013, placing Russia's entire scientific research network along with its total annual budget of $1.9 billion under the management of a newly-established federal agency reporting directly to the Russian president, Rubakov became a key figure in the scientific community's resistance to the brutal restructuring.

At that point, dialog between the scientific community and the government still seemed like a desirable thing, and as Rubakov sat on various government committees where his opinion carried great weight with policymakers, Rubakov became the unofficial envoy of Russian science to the Kremlin's power vertical.

“He was the kind of figure that everyone wanted to identify with. When people would discuss how to react to a new government decree or other news, people tended to ask, 'what does Rubakov say?',” recalls Olga Orlova, a presenter of scientific programming on Russian public television.

While he had no personal interest in power, Rubakov immediately recognized the true nature of the Kremlin’s plans for Russian science and opposed them on the grounds that the academy’s politicization would ultimately threaten the academic freedom he knew to be vital for science.

His concerns proved to be highly prescient, as the initial reforms were just the beginning of a series of moves designed to bring Russia's science sector firmly under state control.

Despite Rubakov's efforts, it eventually became clear that the battle had been lost when Gennady Krasnikov, the Kremlin-backed candidate, was elected president of the Russian Academy of Sciences earlier this year.

It's hard to imagine how things could have ended in any other way given Russia's totalitarian trajectory over the past decade. Russian science simply shared its destiny with that of the nation as a whole.

“As he admitted a little later, when he fell ill, the reform of Russian science affected him terribly. He couldn't take it and he knew it”, Orlova recalls.

Rubakov devoted his last years to teaching and attempting to promote science to the Russian public — things he reasoned that nobody could take away from him.

What made Rubakov stand out from many of his contemporaries was his "dignity and willingness to defend it,” as well as his strong sense of right and wrong, according to historian and fellow academician Askold Ivanchik. “He always remained a free person. The source of this freedom was that his main interest in life was science rather than status."

"When your position and your value in your own eyes depends solely on your character then you have something that cannot be taken away, and this is a powerful source of inner freedom”.

Neither dignity nor devotion to science turned out to be particularly high priorities for most members of the Russian Academy of Science, it transpired, and most chose to accept the brutal Kremlin-imposed reforms of one of the country's most illustrious institutions without complaint.

In this sense, the academy served as a microcosm of the Russian population, whose own blithe acceptance of authoritarianism has left Russia a belligerent outcast with no obvious route back to a free and open society.

Perhaps the last service that Rubakov performed for Russia's scientific community and society as a whole was to publicly demonstrate the innate currency of dignity and personal freedom, two values that might yet save Russia one day. 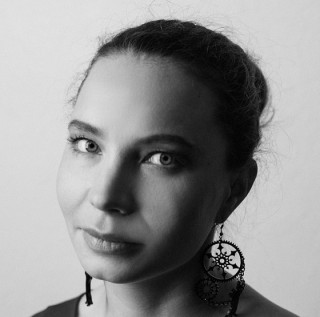 Alexandra Borissova Saleh has a PhD in physical chemistry, teaches science communication and writes about science and society.  @lasachinka

The Kremlin said it was still considering the offer for a Putin-Biden summit the day after the U.S. announced a new round of Russia sanctions.
MILITARY PRESENCE

To Infinity and Beyond: The Polytech Film Festival Opens in Moscow

Climate change, virtual reality and a masterclass on eating insects are just some of the highlights of the upcoming 360° Science and Technology Film Festival...