Rescue workers were digging through debris Friday, a day after Russian missiles tore through Vinnytsia in central Ukraine, killing nearly two dozen people, including children, in an attack President Volodymyr Zelensky said was an act of terrorism.

Russia claimed Friday the strikes — hundreds of the kilometres from the front lines — had targeted a meeting of Ukrainian military officials and foreign arms suppliers, without providing supporting evidence.

But among those confirmed killed was four-year-old Liza Dmitrieva, who had Down's Syndrome and whose death spurred an outpouring — including from Ukraine's first lady — after footage on social media of her final moment alive went viral.

The midday blast left smoke billowing from burnt-out shops and the charred remains of cars. On Friday hundreds of rescue workers were clearing debris from gutted buildings and searching for those still missing.

"No other state in the world poses such a terrorist threat as Russia," a somber Zelensky said late Thursday, warning the death toll was likely to rise.

United Nations Secretary General Antonio Guterres said he was "appalled" by the attack, while the European Union condemned it as an "atrocity." Both called for accountability.

The Ukrainian presidency said 18 people were missing and 73 had been hospitalised. More than 400 people were involved in clean up operations, the emergency services announced.

The missile strikes on Vinnytsia are the latest Russian attacks with a high civilian toll and come less than a week after strikes on Chasiv Yar in the Donetsk region left nearly 50 dead.

Officials identified four-year-old Liza as among the victims and initially believed her mother had been killed too, but announced Friday she was alive in a "critical" condition after surgery.

First Lady Olena Zelenska said in early Friday she was "horrified" by Liza's death and images of her overturned pushchair released by local authorities.

"I will not write all the words I want to, to those who killed her," she wrote on Twitter. 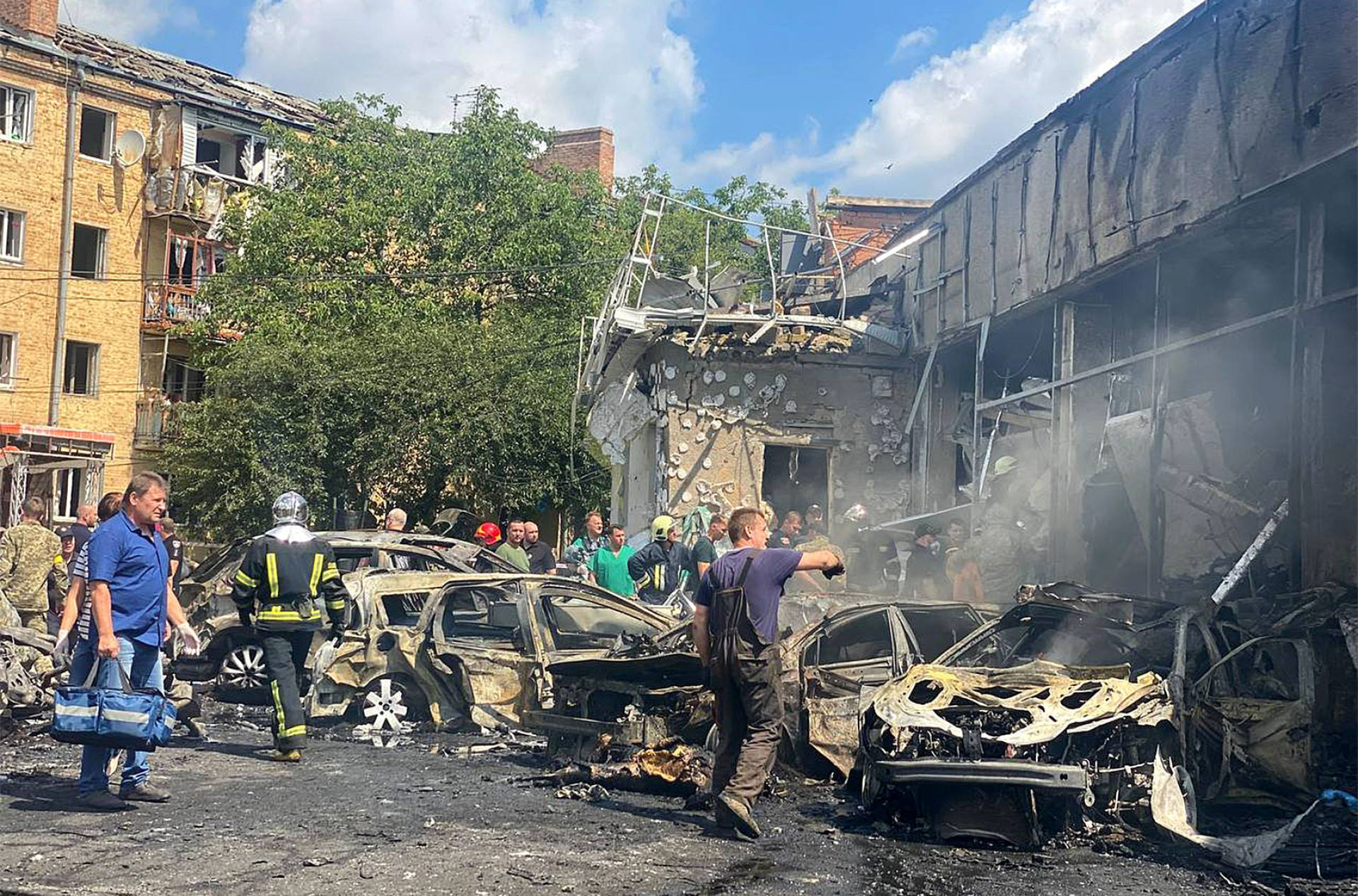 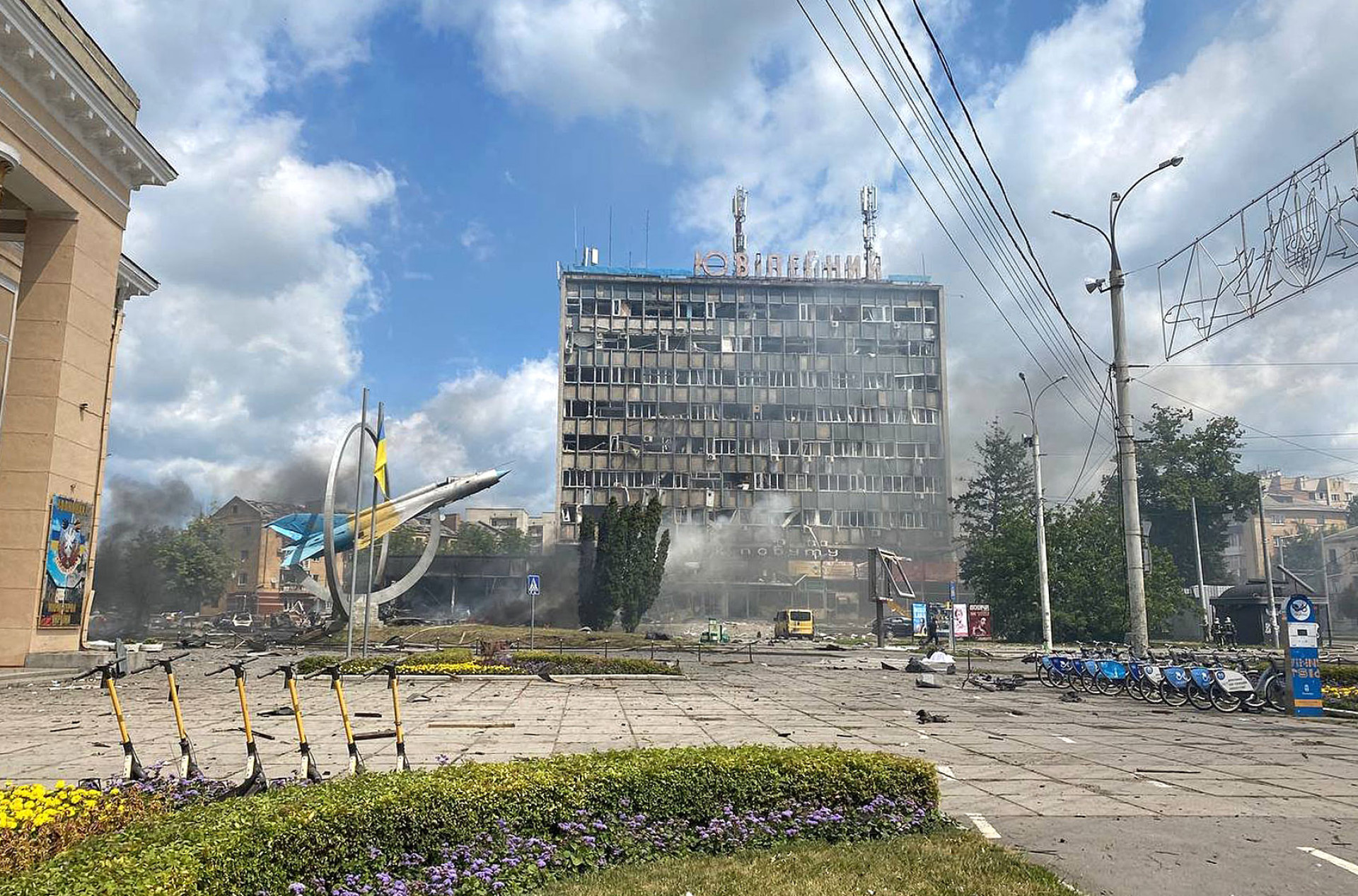 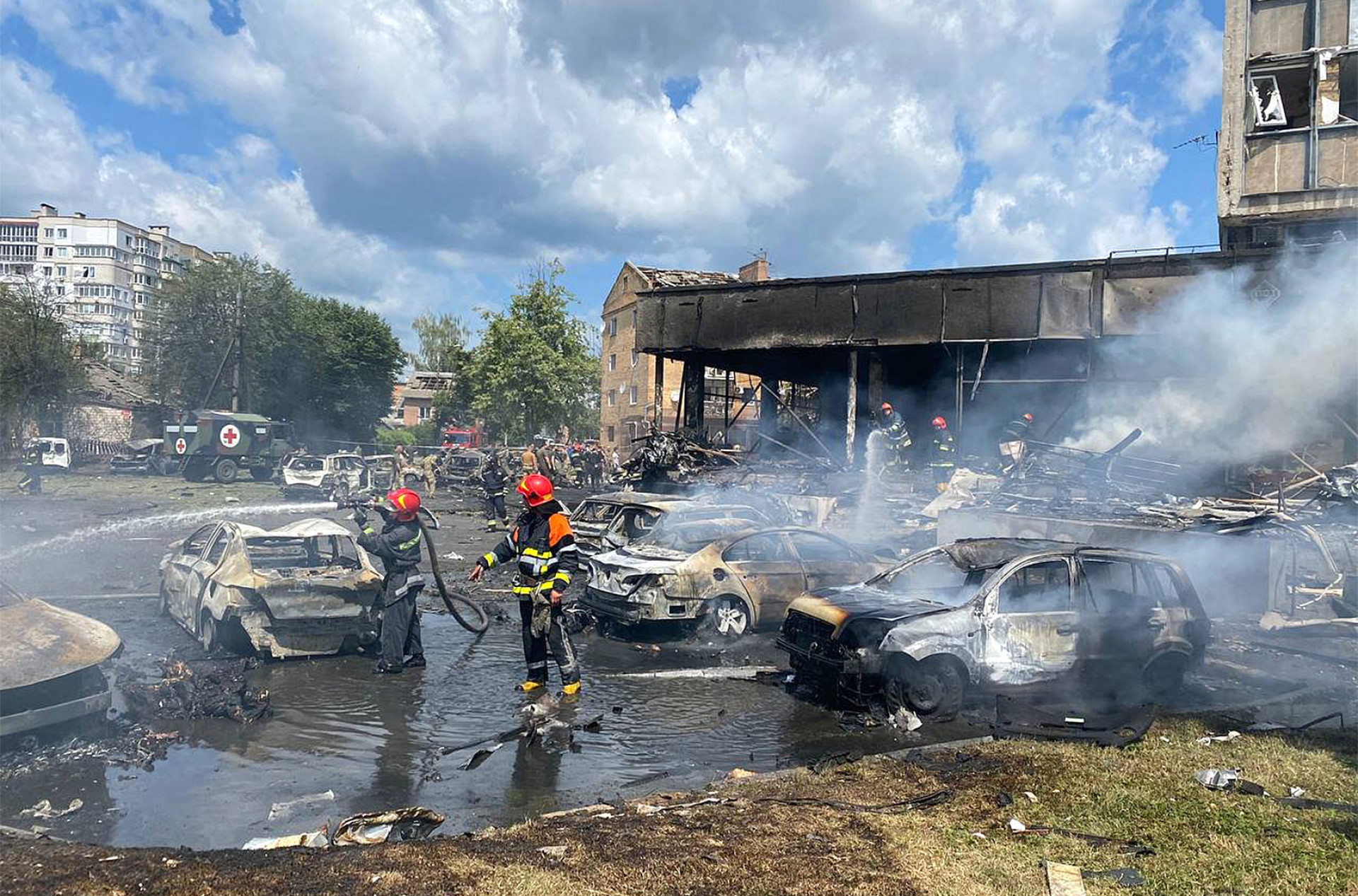 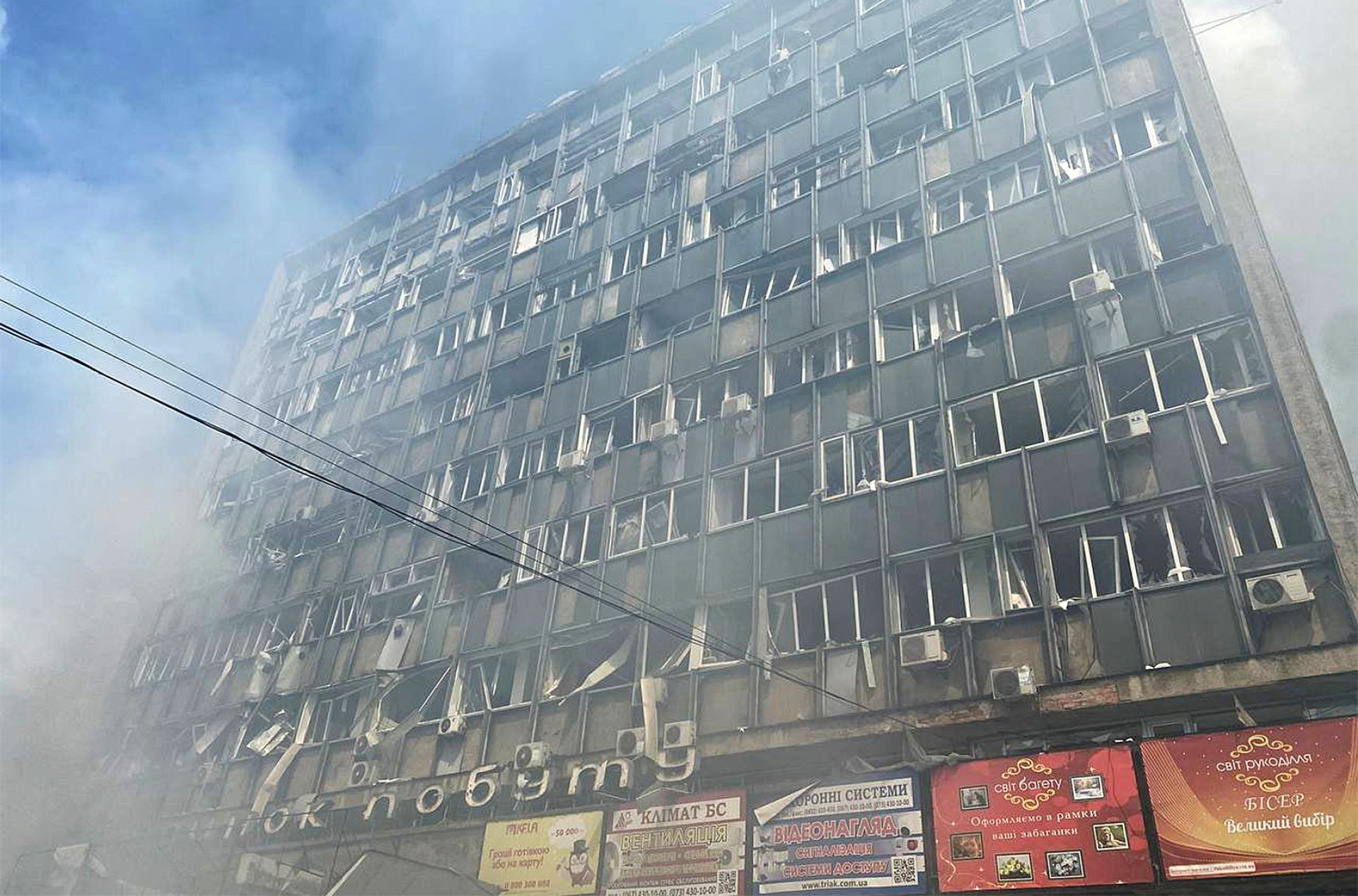 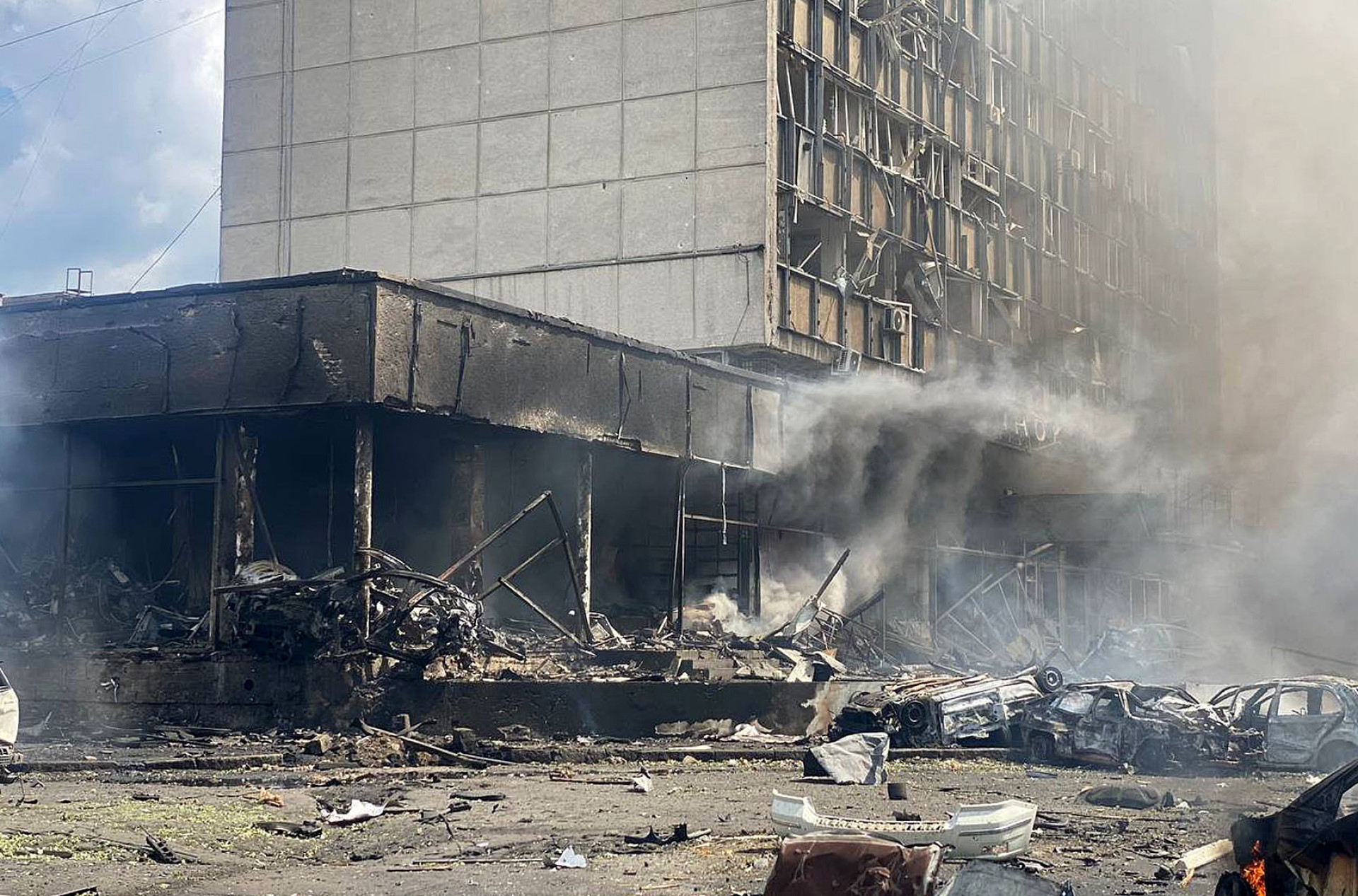 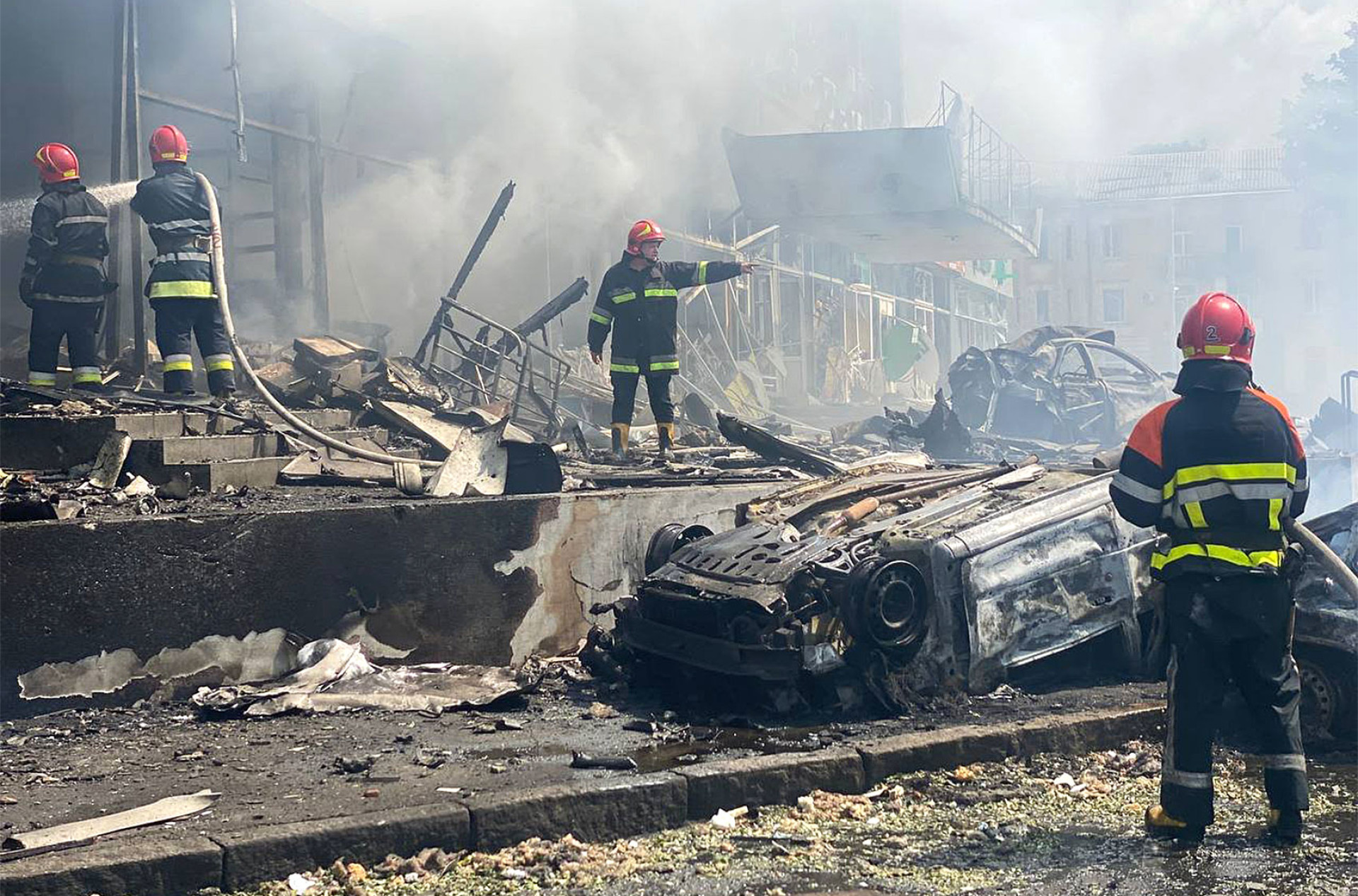 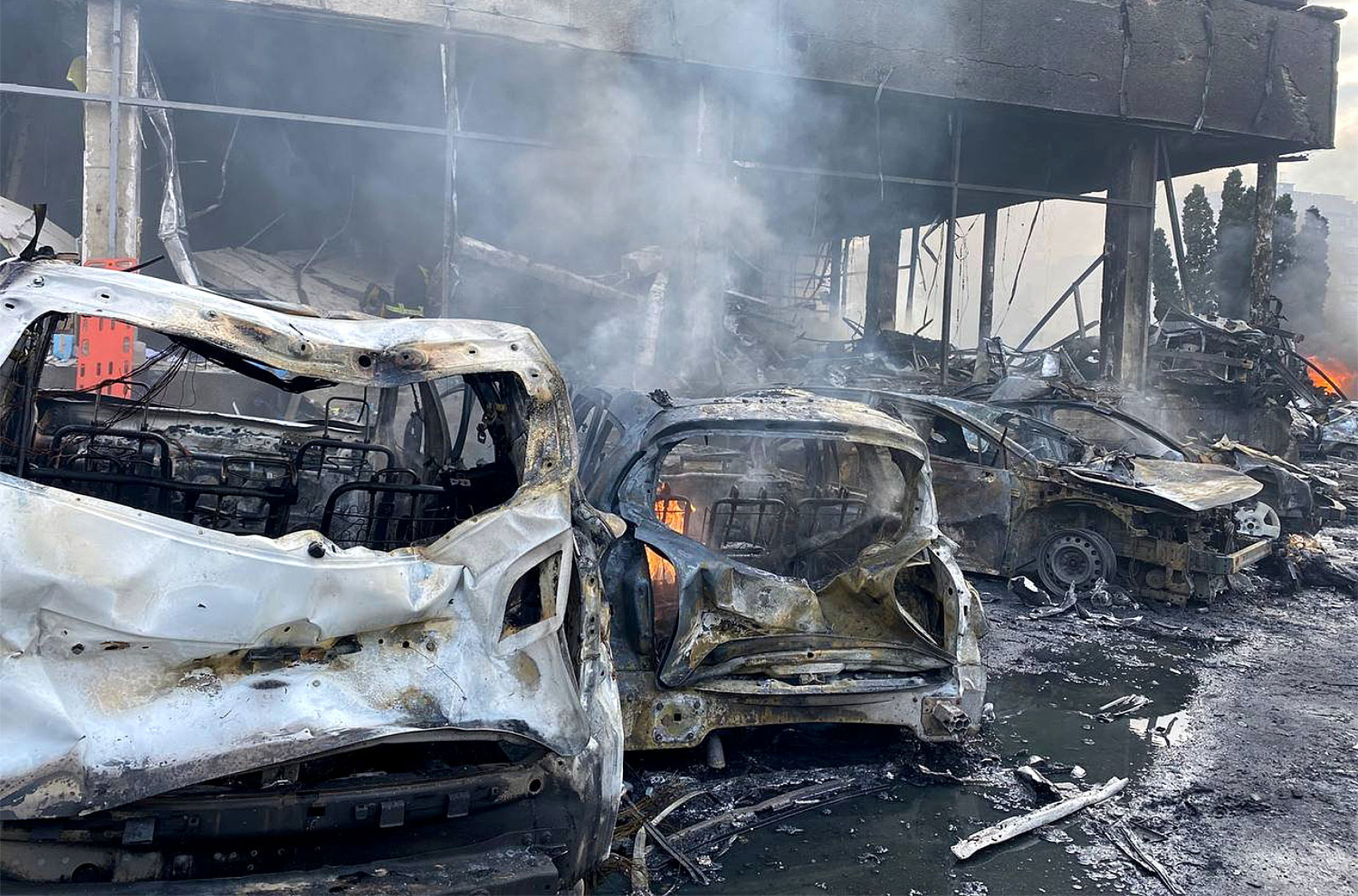 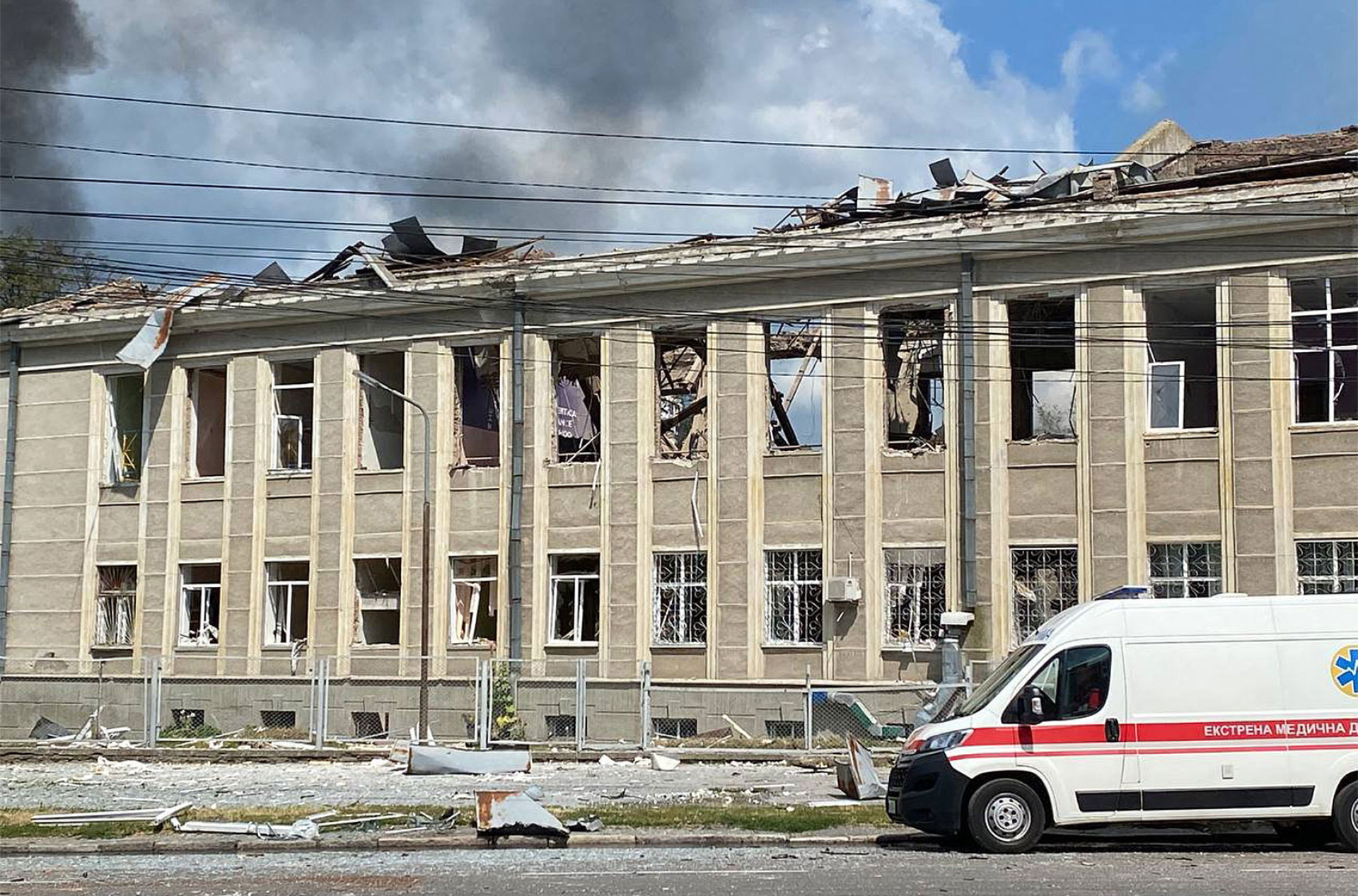 "As a result of the strike, the participants of the meeting were destroyed," the Russian Defense Ministry said.

Moscow launched its invasion on Feb. 24 and the conflict has killed thousands of people, destroyed cities and forced millions to flee their homes.

Deadly strikes in central Ukraine have become relatively rare, but the war has raged around southern cities like Mykolaiv, which has been under near-constant Russian bombardment for months.

The head of the region Vitaliy Kim said Friday that Russia had "attacked two of the biggest universities in Mykolaiv" with "at least 10 missiles."

He shared video of black smoke rising from a building in the city while Mayor Oleksandr Sienkevych said four people were wounded.

The heaviest fighting recently however has focused recently on the industrial Donbas region in the east.

Moscow-backed separatists said Friday they were closing in on their next target, Siversk, after wresting control of sister cities Lysychansk and Severodonetsk two weeks ago.

"Ukraine has decided to gradually pull its units from the town of Siversk," Andrey Marochko, a spokesman for the separatist forces, told Russian state news agency TASS.

Ukraine War: As It's Happening

AFP could not independently verify the claims.

The pro-Moscow authorities also said Friday that British citizen Paul Urey had died in their captivity.

"He died on July 10," Darya Morozova, a representative of the self-proclaimed Donetsk People's Republic, which claims he was a combatant who took part in conflicts in Afghanistan and the Middle East.

Non-governmental organizations however describe Urey as a humanitarian who was volunteering in Ukraine.

"Our thoughts are with his family and friends," the spokesman added.

Negotiations to end the conflict collapsed early in the war but Russian and Ukrainian delegations met in Istanbul this week to discuss unblocking Ukraine's grain exports.

The countries at war are among the world's largest producers and the conflict has pushed up prices with Ukraine unable to export grain through its Black Sea ports.

A Russian military spokesman said Friday however that an agreement to unblock grain exports from Ukrainian ports would be ready "soon."

"Ukraine is forever in the past for the Kherson region. Russia is here forever," the Moscow-installed authorities said.
'on earth and in space'

Russian troops are overseeing the work of farmers in the fields.