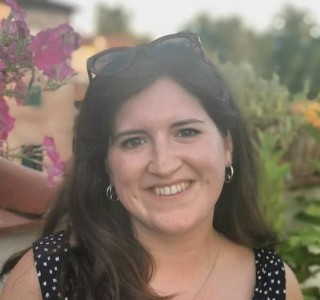 On Monday Moscow’s Garage Museum of Contemporary Art announced the construction of a major new exhibition space that will both transform Gorky Park and revive one of the park’s original structures.

Designed by Japanese architecture firm SANAA (Sejima and Nishizawa and Associates), the new structure, called the Hexagon, will be built on the site of a former Machines and Tools Pavilion designed by Ivan Zholtovsky for the 1923 All-Russian Agricultural and Handicraft Industries Exhibition. The shell of the Zholtovsky pavilion, unused for decades, still stands in Gorky Park between the Salyut Playground and Garage’s existing site in the Vremena Goda café.

The Hexagon, which will incorporate features of Zholtovsky’s original structure, will be made up of six pavilions arranged around a central courtyard. The designs show each of the six pavilions will be fronted by columns, giving the effect of a contemporary take on ancient Greek temples.

The architects, Ryue Nishizawa and Kazuyo Sejima, winners of the 2004 Golden Lion prize, are clear in their desire to preserve the original layout and proportions of Zholtovsky’s pavilion. They have conceived of a new structure that will be “both classical and modern at the same time” and both “preserve ideas of the past and be reborn as a totally new building.” For example, the architects plan to maximize the window space, which would reduce the distinction between the interior and exterior and maintain the ‘transparency’ of the existing ruined structure. Artists and curators would have flexibility in controlling the amount of daylight entering the gallery’s exhibition spaces.

The grand scale of Zholtovsky’s pavilion will also be preserved: the new building will boast more than 2,000 square metres of exhibition space, a library with a collection of 200,000 books and 300 work stations, and an expanded archive. At below-ground level there will be further conservation rooms, support spaces, and an enormous underground exhibition space occupying the central circular area beneath the central courtyard. In this single 1,500 square-meter, column-free space, the museum intends to hold “exhibitions, performances, events and so many other possibilities — all year round,” according to SANAA’s Yumiko Yamada. A large corridor encircling the central underground hall will provide even more exhibition space. Garage envisions fluid circulation throughout the new pavilions: Visitors will be invited to discover the spaces for themselves by navigating in their own way, rather than following a set path through the gallery.

To harmonize with the existing structures in Gorky Park, the architects have chosen to use aluminium in the exterior and interior of the Hexagon which will softly reflect the building’s surroundings and give off a warm light. The building will be constructed using sustainable materials, such as energy-efficient glass. A heat recovery system will be installed as a green alternative to air-conditioning. The Hexagon, in close proximity to Vremena Goda, is envisioned as forming part of a “new eco-system” of Garage buildings, according to the museum’s director, Anton Belov. Belov envisages that each Garage space – including Vremena Goda, the Hexagon, and the Education Center, will have its own audience.

However, since the project has made its plans public, the architectural watchdog organization Arkhnadzor has requested the Department of Cultural Heritage of Moscow to withhold approval until several contradictions in the project descriptions are resolved. In particular, Arkhnadzor is concerned that the original materials and appearance will not be preserved. The Hexagon is in Arkhnadzor’s Red Book.

Garage has been developing this project for at least a decade. The museum, which was founded in 2008 by Dasha Zhukova and Roman Abramovich, is a hub of the Moscow contemporary art scene and one of the most significant galleries in the city today – offering not only exhibitions, but also film screenings, workshops and a publishing program for books related on contemporary Russian culture. The museum has expanded dramatically since its opening in 2008 in the building of the former Bakhmetevsky Bus Garage, from which it takes its name. From 10,000 visitors in its first year, Garage welcomed nearly 1 million people in 2019. The new building in part reflects the museum’s need for more space. As Belov commented, Garage has never had a purpose-built space, having adapted first the Bakhmetevsky site, then the café Vremena Goda, to its needs. According to Belov, Garage is “rebuilding and giving back to Moscow the Hexagon building – reimagining the idea of what a modern museum can be today.”

The Hexagon is planned to open in 2026. Designs for the new building are available to view on Garage’s website.