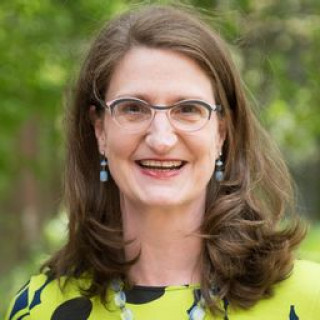 Alexei Navalny’s latest video, “A Palace for Putin,” paints a damning picture of how Russia’s president has siphoned off vast amounts of public money to construct a lavishly appointed residence for himself.

Following similar exposés of Medvedev’s secret dacha on the Volga and Putin’s near Vyborg, this most recent video uncovers everything from the complex network of shell corporations that has built and rebuilt the presidential palace on the Black Sea, to the sprawling floor plans and gilded furnishings of what appears to be the largest private home in all of Russia.

The billions of rubles and thousands of hectares that have gone into Putin’s Italianate estate, which includes two vineyards, an underground hockey rink, an amphitheater, and an oyster farm, have added insult to injury for those who support the currently jailed Navalny and moved tens of thousands to take to Russia’s streets this past Saturday in protest.

Much of the indignation that “A Palace for Putin” arouses comes from the sheer excess of the corruption Navalny uncovers.

However, the nail in the coffin of his exposé is the fantastically bad taste of everything we see in the video and particularly of Putin’s residence.

Despite their extravagance, the two earlier presidential dachas uncovered by Navalny can at least claim to be restorations of historical buildings.

On the contrary, the presidential palace near Gelendzhik is a brand-new structure, whose link to the past is tenuous as best.

Designed by Lanfranco Cirillo and outfitted with furniture from Italian collections so exclusive that they neither have nor need public websites, Putin’s 17,691 square-meter home is littered with colonnades, double-headed eagles, and crystal chandeliers, all of which resemble rip-offs of earlier times and places more than genuine cultural inheritance.

When compared to Catherine the Great’s Winter Palace, Louis XIV’s Versailles, or King Ludwig II’s Neuschwanstein Castle, Putin’s palace looks less like a building that links the Russian president to his country’s past than an acknowledgment that the architectural tradition Putin prefers is just as invented as the “traditional values” at the heart of his politics.

According to “A Palace for Putin,” the Russian president has abused his power not merely by stealing his country’s wealth, but by squandering it on furniture and fixtures so gaudy and overpriced that they make Liberace look like an arbiter of good taste.

The endless gold, marble, crystal, and parquet reimagine Russia’s imperial past at the same time that they betray Putin’s penchant for bling in everything from his dining room table to his toilet brush.

Viewers of the video have had a field day with the latter, since Navalny found customs declarations for the Italian bathroom accessories in one of the estate’s vineyards — a $1260 toilet paper holder and $850 toilet brush.

One of the video’s viewers commented that if the symbol of the tsar’s power used to be a scepter, now it’s a toilet brush, while another jibed, “to each tsar, his own symbol.”

When viewed as instances of kitsch, not only Putin’s palace, but also the imperial ambitions and political persona expressed at Gelendzhik appear to be little more than a gilded toilet brush.

Putin has cleverly used his macho swagger to maintain a grip on the Kremlin for over two decades, shifting attention away from the actual substance of his policies and onto his swaggering style.

The kitsch that “A Palace for Putin” so deftly uncovers might not prove, as Navalny contends, that the Russian president is “psychologically sick.”

However, it does demonstrate the gulf separating the country’s leader from those Russians who took to the streets last Saturday, as well as the heft that style can and does have in current Russian politics.

Navalny’s own style of biting irony as he reveals endemic corruption in “A Palace for Putin” offers a fitting antidote to both the Russian president’s machismo and his kitsch.

It comes as no surprise that “A Palace for Putin” has garnered over 86 million hits on YouTube as of today and inspired protesters in Moscow’s Pushkin Square to wave their own toilet brushes against the very real corruption behind Putin’s kitsch.

Julie Cassiday is a Professor of Russian at Williams College. Her research focuses on performance in Russian culture

Julie Cassiday is a Professor of Russian at Williams College. Her research focuses on performance in Russian culture

The authorities are faced with the task of convincing democratic-minded voters that there is no point in voting, while making every effort to boost turnout...
opinion Mark Galeotti

Why the Duma Elections Still Matter

The current electoral process, however rigged and policed, will help the next generation to shape Russia.
opinion Ben Noble

Vote Rigging and the ‘Power Vertical’

On the 20th anniversary of the Sept. 11 attacks, it is important to remember that many Russians hold positive views of the U.S. even as they remain skeptical...