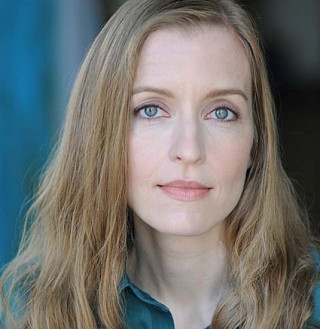 The pandemic of 2020 may go down in history as one of the most devastating events for world ballet. In March, Russian theaters closed for what everyone thought would be a short quarantine, and most returned to work in the rehearsal studios only during the summer months (the Bolshoi in July and the Mariinsky in June). Major Russian theaters managed to sustain some semblance of a routine season with varying degrees of success, though not without casualties: Dancers at both the Bolshoi and Mariinsky fell ill in significant numbers as their respective administrations attempted various policies of indoor social distancing to prevent further spreading Covid. By October, Mariinsky dancers were contracting Covid for the second time, since the antibodies from August — when the first 60 fell ill — had already disappeared. The Bolshoi fared about as well, but most figures were only discussed behind closed doors.

In terms of the audience, from initial checkerboard seating to allow for social distancing to a maximum 25% capacity rule (early December), theaters nonetheless remained partially full, and enthusiasts continued to risk heated, enclosed spaces for a chance to watch beauty on stage for an hour or two.

Looking back on this awkward year, there were nonetheless a few show-stoppers that can still be viewed online and some premieres that were either rescheduled, cancelled or replaced.

Perhaps the biggest treat of all were two new works by Alexander Sergeyev, a first soloist with the Mariinsky who began choreographing last year. The first work, "Farfor" (Porcelain) set to music by Glinka, premiered at the Mariinsky's annual International Ballet Festival in March just before the theater closed for quarantine. The choreography perfectly depicts the changing moods of the score using clever layering, canons and unique step combinations.

The second, "Pioneer Suite," a lively ode to Soviet young pioneers set to music by Dmitry Shostakovich, was slated to run at the festival as well, but the theater closed three days before its premiere. The ballet first appeared at the Mariinsky this fall, and then aired on national Russian television in November as part of the Kultura channel's "Bolshoi Ballet" dance competition.

At the Bolshoi, Edward Klug's "Master and Margarita" was cancelled. Anton Pimonov's "Made in Bolshoi" was rescheduled from spring to December, and then again to spring 2021. In their place, artistic director Makhar Vasiev created an evening of four short works by contemporary choreographers that debuted in September. Called "Four Characters in Search of a Plot," it may not be for classicists, but it filled seats and will run again in February.

Hilaire is a former Paris Opera Ballet Étoile who worked extensively with Rudolf Nureyev and is introducing Nureyev's ballets to the Stanislavsky's repertory. Hilaire garnered a warm reception for his performance, and clips of the special moment sprinkled across Instagram the same night. This program was set to repeat in early December, but the Stanislavsky closed again for a week to prevent Covid spreading, and it's now unclear when it will run again.

In terms of expats in ballet, Moscow can take pride that Masha Beck, a native of Detroit, Michigan, and with the Stanislavsky since 2013, was appointed prima ballerina by Hilaire after dancing Kitri in "Don Quixote" on Dec. 4. Clearly, nothing stops the true gems of Russian ballet from surviving — and even thriving — despite a pandemic.

Catherine Pawlick is the Russian correspondent for Dance Europe and Danza i Danza, and the author of "Vaganova Today: The Preservation of Pedagogical Tradition."

Catherine Pawlick is the Russian correspondent for Dance Europe and Danza i Danza, and the author of "Vaganova Today: The Preservation of Pedagogical Tradition."