For my generation of American Slavists, born in the 1940s, Joseph Brodsky’s appearance on our shores in 1972 was as startling as Nabokov’s. There was no hint of aristocratism or nostalgia for a lost Russia, of course, only this huge poetic gift, attested to by legendary Russian poets, and that stupendously idiotic court trial, at which Brodsky had insisted that his profession—writing verse—had come not through an academic degree but “from God.” This was not the piety of the Solzhenitsyn model, however, which sheltered in the West reluctantly and fearlessly condemned its values. Brodsky, it seemed to me, neither despised, nor ridiculed, nor imitated the West. He immediately became a poet-teacher, focusing on close readings of his craft. The Nobel Prize in 1987 immeasurably raised the stature of that craft.

I recall with astonishment how Brodsky, upon becoming the Poet-Laureate in 1991, earnestly pursued his American Poetry and Literacy Project. The USA is a prosaic and pragmatic country, I said to myself. Poems are associated with commercial advertisement jingles or popular song lyrics; they are not vehicles for beauty or wisdom, and they do not slow us down or raise us up. Brodsky’s idea that “poets talk back to language itself” at a gloriously high and refined level that reflects the “genetic goal” of the human species could only seem to most Americans to be a hopelessly Russian fantasy. So: why was Brodsky relevant to the 20th century and has not lost relevance now?

His poetry, in Russian and in translation, will speak to those with ears to hear it. Brodsky was very frank in his essays about his poetry-centric view of human progress and intelligence. In discussing Tsvetaeva, he remarks that a writer of prose can learn a great deal from poetry (focus and efficiency of expression) but what can the poet learn from prose?  “Not much.” To get on in the world, poets sooner or later are required to write “run-on lines,” but this is a step back and a step down. Prose deals with “linear (analytic) development,” not with the “crystalline (synthesizing) growth of thought,” which is a poet’s domain.

But there is a huge amount of synthesizing wisdom in Brodsky’s marvellous essays. Among those essays that have not dated at all is his 1988 commencement address at the University of Michigan, reprinted in his collection On Grief and Reason as “Speech at the Stadium.” The very title recalls the soccer stadiums filled to bursting in Soviet Russia, to hear poets.

The commencement address was not a poetry reading, but linear prose in the form of “tips” to the graduating class. It was delivered when glasnost was gathering irreversible momentum in his homeland, now deep history. In our current 2020 season, however, when so many colleges and universities have suspended their graduation ceremonies or gone virtual, it is exhilarating to re-read Brodsky’s advice from 32 years ago. His six tips are more relevant than ever.

First, be precise with your language; read dictionaries, and occasionally books of poetry.  Second, be kind to your family, because rebellion is “an extremely bourgeois sort of thing.”  Third, “try not to set store by politicians”; although the majority of them are dumb and dishonest, they have an awful job. Fourth, “try not to stand out, try to be modest.” Fifth, “at all costs avoid granting yourself the status of the victim”; as soon as you “place blame elsewhere, you undermine your resolve to change anything.” And finally, the world you are entering “doesn’t have a good reputation,” ­and it will probably get worse—so do your best to respond calmly to your opponents.

There could be no better checklist today.

Below is a short film in Russian made by "Peterburgsky dnevnik" and Pavel Kotlyar, the editor of Brodskiy.online that tours the Brodsky house-museum about to open in St. Petersburg. 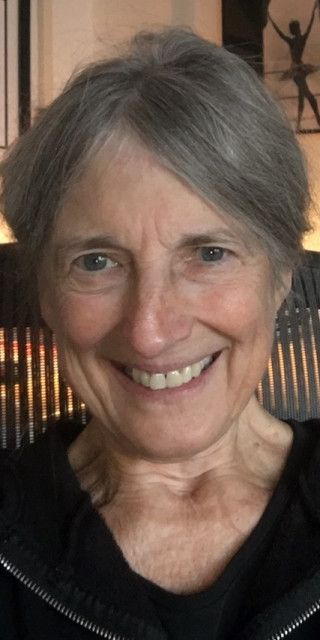 Caryl Emerson is the A. Watson Armour III University Professor Emeritus of Slavic Languages and Literatures at Princeton University.

Caryl Emerson is the A. Watson Armour III University Professor Emeritus of Slavic Languages and Literatures at Princeton University.