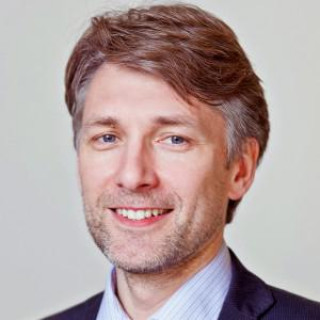 A self-confident society can be helpful to an economy in the short term, but in the long run, it's not enough.

The Kremlin's attempts to unite society around grand events — Victory Day, the Olympics, the World Cup — could be seen as propaganda, a demonstration of soft power. In the case of athletic activities, particularly at a time of widespread doping allegations, grand events might be seen as “a feast during the plague.”

But there is a rational side to these sorts of displays.

Behavioral economists have long argued that periods of growth and recession depend not only on fundamental factors like oil prices and levels of investment in fixed capital. The level of a society’s self-confidence also plays an important role. Stories about former greatness, decisive breakthroughs or some glorious new era in development feed a positive mindstate.

A good example is Mexico in the 1970s and ‘80s. After the discovery of new oil fields in the early 1970s, Mexico was hailed as a second Saudi Arabia. Mexico’s real GDP quickly grew, setting off a search for common values and an interest in the Aztec gods. Mexico challenged the United States in the fight for influence in Central America and countries in the Caribbean.

This story of success culminated in Mexico winning the right to hold the 1986 World Cup, considered to this day one of the best championships in the history of FIFA. Mexico was over the moon.

Trying to construct a new reality for itself, the country actively borrowed in foreign markets against its newfound oil reserves. By 1981, when oil prices began to fall, Mexico was up to its ears in debt, unemployment was rapidly rising, while inflation rates had exceeded 100 percent. Corruption and theft were rife. A severe crisis ensued, forcing the country to sober up.

School's Not Out: Students at Elite Russian University Take On the World Cup

On the one hand, Mexico’s example shows how society is hungry for beautiful stories and how a temporary increase in self-confidence promotes a country’s economic growth.

On the other hand, stories of the beginning of a new era are not enough without a competent macroeconomic policy — Quetzalcoatl only helps those who help themselves.

There are many parallels between Mexico of the 1970s—‘80s and Russia of the early 21st century. Russia, however, has so far managed to avoid major economic crises because the authorities have devoted a lot of attention to macroeconomic stability.

Under these circumstances, it seems that all the government needs is new memes and psychological doping in the form of ambitious projects such as the upcoming World Cup. If the championship goes smoothly, it will guarantee an increase in Russian society’s faith in its own powers. The question is, what to do if society is engulfed by some inexplicable wave of pessimism outside the authorities' control?

Pessimism, like confidence, is infectious. The spread of mindstates in society acts like a virus. By itself, a good macroeconomic policy may not be enough to tilt the balance.

Maxim Buyev is a professor of applied finances at the European University at Saint Petersburg and prorector of strategic development at the New Economic School. This article was originally published by the Vedomosti business daily. The views in opinion pieces do not necessarily reflect the editorial policy of The Moscow Times.

Russia has one of the worst worldwide records in fighting forced labor and sex trafficking, according to an annual report from a U.S. government anti-trafficking...
opinion Evan Gershkovich

You can still see them if you look closely, but officials have tried to hide them from view.
FIFA

See what all the olympic fuss was about.