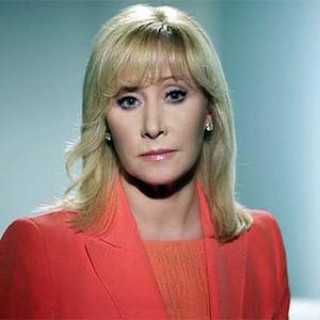 I began my career as a broadcast journalist in 1986. For decades, I interviewed women and listened to their stories of success and disappointment in their search for happiness.

In 2015, I left journalism and went into politics, first as a children’s rights ombudswoman in the Moscow region, then as a State Duma member and deputy head of the Committee on Family, Women and Children.

I’m listing my biography to show that I have a long track record of working on women’s issues — I know what life is like for women in Russia.

Women outnumber men in Russia and from our childhood years we’re told that our main mission in life is to find love and give birth. If you fail to check these boxes by your 30s, you are the object of suspicion. Male advances are considered something to be celebrated.

The terms “harassment” or “sexual harassment” do not exist in Russian legislation. What’s more, sexual advances towards women in the workplace — or elsewhere — are part of the code of behavior of a so-called “real man.”

For a woman to be seen as a victim of harassment, and a man as a perpetrator, therefore, the case needs to border on rape.

Otherwise, you can expect arguments such as: “He was just joking” or “we are heading towards a Puritan society where no one will be allowed to touch each other.”

I have known Leonid Slutsky, the Duma deputy accused by at least five journalists of harassment, for almost 20 years and our social circles overlap. But in this situation it doesn’t make any difference.

Maniacs, rapists and killers also often have friends who hardly believe they were capable of their crimes. But if there’s one thing I’ve learned from my work as a reporter it is that the majority is always on the side of the perpetrator.

“What if Slutsky is innocent and didn’t sexually harass female journalists in the Duma?” I am asked. “What if he is guilty?” I ask in turn. And to the men who argue that women actually enjoy harassment, I say: Imagine if it concerned your mother, wife or daughter.  Would you still think the same?

From my work as a journalist and as a Duma deputy who frequently receives letters from female victims of sexual harassment, I know what it takes to overcome the fear of humiliation and social stigma to speak out.

The judicial system in Russian does not encourage women to come forward. Only about 10 percent of rape cases reach the court: Harassment, stalking and other acts of intimidation largely go unheard.

For a woman in Russia to admit she is the victim of harassment can even be dangerous. It can ruin her reputation and cost her her job. Women who go public with sexual harassment claims are scrutinized: Their photos, bodies, behavior and private lives are put under a microscope.

Meanwhile, the men involved get an image boost. The scandal around Slutsky is a good example of just that: Slutsky is seen as a real man. But the female journalists who accuse him are dismissed as sluts or attention seekers.

In my own career, I have encountered plenty of harassment. Nothing protected me from loose hands: Not the length of my skirt, nor the place where I worked. It hurt me to hear the Duma’s ethics commission dismiss the accusations brought against Slutsky.

The conclusion from this whole story is depressing: The mockery of victims of sexual harassment and rape is a huge problem that reveals the underlying attitude towards women in Russian culture.

The truth is that de-facto there is no equality between men and women in this country. Russia came in 75th place in a ranking of 144 countries by the World Economic Forum on the global gender gap — somewhere between Venezuela and Romania.

Instead of recognizing the scale of the problem, we cite polls which conclude that women themselves don’t want equality or say that men and women are equal in the Russian Constitution. But that is just turning a blind eye.

Meanwhile, not a day goes by without shocking headlines on husbands violently beating their wives, parents their children and some adults, their elderly parents. Harassment, beatings, stalking and murder are the order of the day. Ninety-five of domestic violence cases concern women, United Nations statistics show.

There have been multiple attempts to capture the scale of the problem into law, with zero results. Instead, a year ago domestic violence was decriminalized, against the advice of all leading experts. Because a man beating his wife is not as bad as humiliating a man. [Editor’s note: Pushkina abstained from the State Duma vote on decriminalizing domestic violence.]

Now, I am working to introduce legislation on securing equal rights for women. One important part is to introduce restraining orders to keep victims of assault safe. Some 127 countries worldwide, including EU member states, the U.S. but also our neighbor Kazakhstan, have such measures. We don’t. It isn’t our “tradition.”

Another draft proposal protects women from discrimination in the sphere where they remain most vulnerable: The workplace. When they are told: “You are perfectly qualified, but you look too nice, you’ll be a distraction to men,” women need to be equipped to fight back.

Because sexual harassment is a crime. Not a right.

Oksana Pushkina is a State Duma deputy and a member of the United Russia party.

The views expressed in opinion pieces do not necessarily reflect the position of The Moscow Times.
Read more about: Women

Tatyana Bakalchuk surpasses businesswoman Yelena Baturina, who had been at the top of the list since 2004.
Investigation complete

The Khachaturyan sisters face up to 20 years in jail for the charges.
Activist crackdown

Yulia Tsvetkova faces up to 15 years in prison and $1,500 in fines if found guilty of the two charges.
Growing chorus

Hundreds called for an end to what they say is Russia's culture of impunity toward domestic abusers.