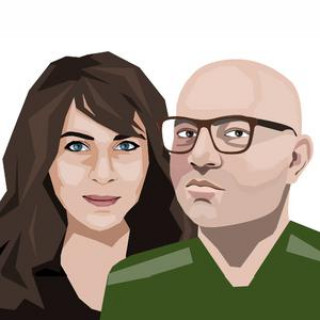 After 18 years in power, President Vladimir Putin and his close circle of policy advisers are confident they can avert or mitigate any threat in 2018 to their grip on the country and to what they deem to be Russia’s national interests. With one exception: the United States.

With a Russian presidential election looming in March, it is clear that Putin has his country’s economic and political situation very much under control. The economy has adapted to low oil prices and started to recover, albeit sluggishly. The opposition is divided — occasional protests do little to challenge the status quo and have not translated into widespread civil unrest.

The security services frequently assure the public they have thwarted increasing numbers of potential attacks by plotters linked to Islamic State, a terrorist group banned in Russia. Infighting among the political elite does not yet pose a threat to the Kremlin.

Why New U.S. Sanctions Could Be a Ticking Time Bomb for Investors in Russia (Op-ed)

The one thing beyond Putin’s personal control is the U.S. government. Initial hopes that President Donald Trump could deliver a political rapprochement with Russia have collapsed. Since Trump’s inauguration, bipartisan support for U.S. sanctions on Russia has worsened relations with Moscow.

A wide-ranging sanctions law enacted in August includes the threat of expansion and increased severity at any time. This possibility and Russia’s likely response to it is one of the most significant geopolitical risks in the region, and it will influence Russia’s foreign and domestic politics, economic development and business climate in 2018.

First introduced in 2014 following Russia’s annexation of Crimea and military intervention in eastern Ukraine, U.S. sanctions on Russia have expanded to refer to Moscow’s alleged involvement in U.S. presidential elections, attempts to influence political processes in Europe, alleged domestic human rights violations and provision of arms to the Syrian government.

They target industries including oil, gas and banking and a range of Russian officials, their family members and businesspeople with connections to senior officials. The August sanctions law obliges the U.S. administration to report to Congress twice a year detailing Russia’s progress and identifying new targets for sanctions if no progress has been made.

Several developments could provoke an expansion of sanctions in 2018. The election — which Putin is expected to win — is likely to come with protests. A harsh response to these or harassment of opposition news outlets and non-governmental organizations could trigger a U.S. response. So, too, could new accusations of Russian meddling in U.S. domestic politics or a military incident, planned or accidental, in eastern Ukraine or Syria.

If the U.S. tightens sanctions, Moscow will retaliate. However, the response would be tailored to avoid damaging relationships with countries the authorities consider within Russia’s “national interests.”

Russia will not endanger business relationships with Germany, France and Italy, for example. Strategic partnerships with Japan and China will avoid harsh treatment. Russia is unlikely to respond by escalating military tensions in Ukraine, as this would further alienate Europe from Moscow without giving Russia any edge in its rivalry with the United States.

Playing spoiler to U.S efforts to de-escalate tensions with North Korea would also be unwise because it would harm strategic relations with China, a key powerbroker, and risk undermining improvements in Russia’s relationship with U.S. ally Japan.

Moscow will likely consider cyberattacks against the U.S. government as a legitimate response to further sanctions. This could mean leaking compromising information — real or imaginary — on U.S. officials or attacks on government websites.

Inside Russia, the Kremlin considers most opposition groups a U.S.-backed “fifth column” — a way of undermining Russia’s sovereignty. Because of this, the authorities are also likely to crack down on internet freedoms and increase harassment of opposition figures.

Foreign businesses in Russia have not been drawn into the political squabbles between Moscow and Washington. Indeed, the Kremlin makes clear that foreign and U.S. investment remains welcome. This has both the practical purpose of allowing Russia to continue to acquire good-quality technology from abroad and the more strategic aim of preventing U.S. business elites from unifying against Russia.

If the United States does expand sanctions on Russia in 2018, Russian authorities would be unlikely to restrict foreign businesses. To do so would encourage anti-Russian sentiment among potential investors and undermine Russia’s ability to exploit divisions between foreign business elites and their governments by appealing to individual countries’ self-interest.

Ultimately, backing Russia into a corner will provoke retaliation. The business community may be spared. The brunt of Russia’s inevitable response is likely to be borne by the domestic opposition.

The views expressed in opinion pieces do not necessarily reflect the position of The Moscow Times.
Read more about: Sanctions

New sanctions are expected to targeted individuals linked to the jailing of Alexei Navalny and a crackdown on protests.
no entry

The U.S. has now sanctioned more than 100 people seen as involved in cracking down on the opposition after Belarus' disputed election.