Russian social media users were left stumped by picturesque cloud formations left in the sky over a Russian city after a visit by President Vladimir Putin earlier in the day.

Putin visited a rail car factory in the city of Tver on Wednesday as part of his first 2018 campaign stop. Speculation about the mysterious circles in the sky flooded local news reports and social media discussions. 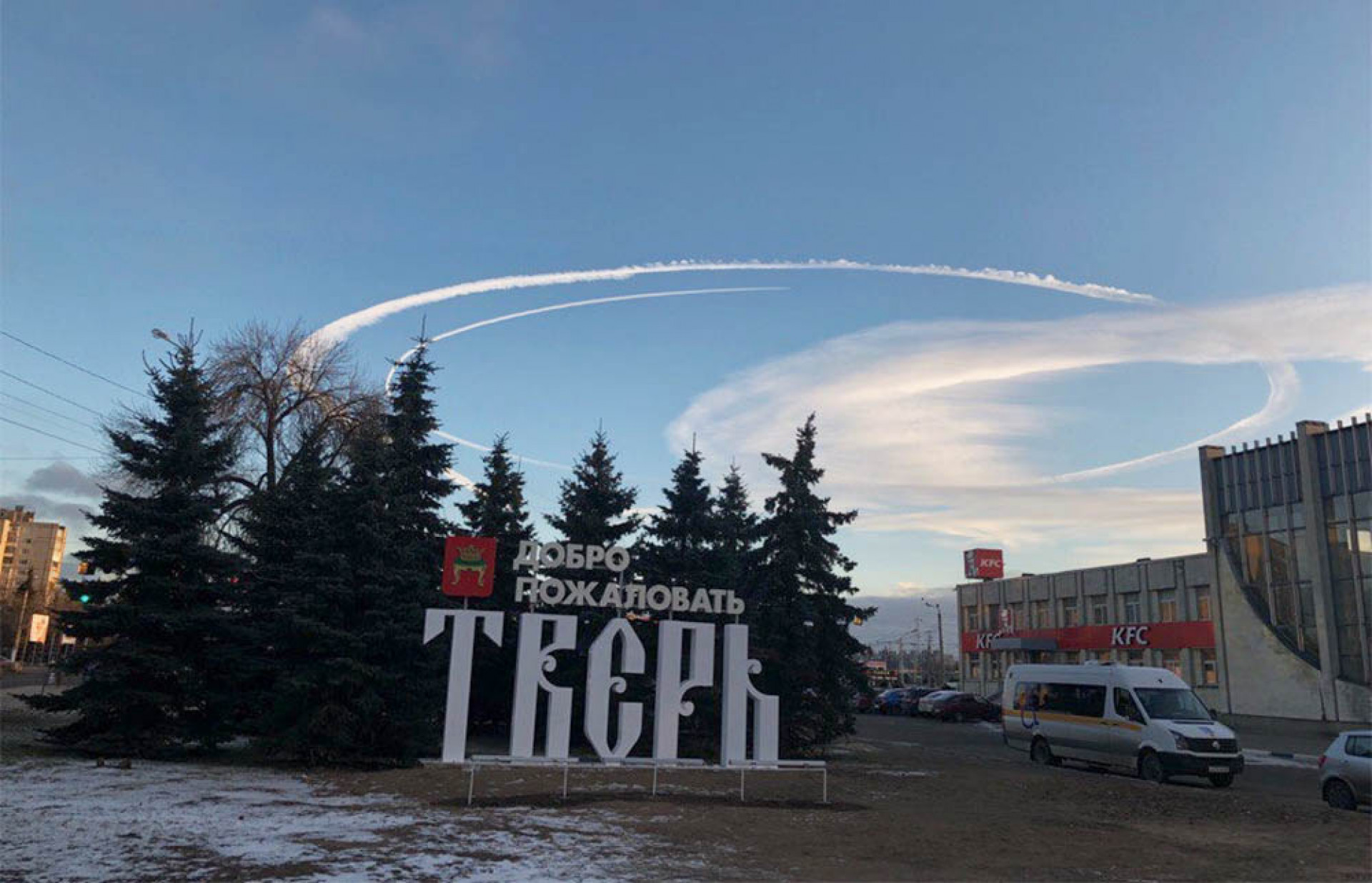 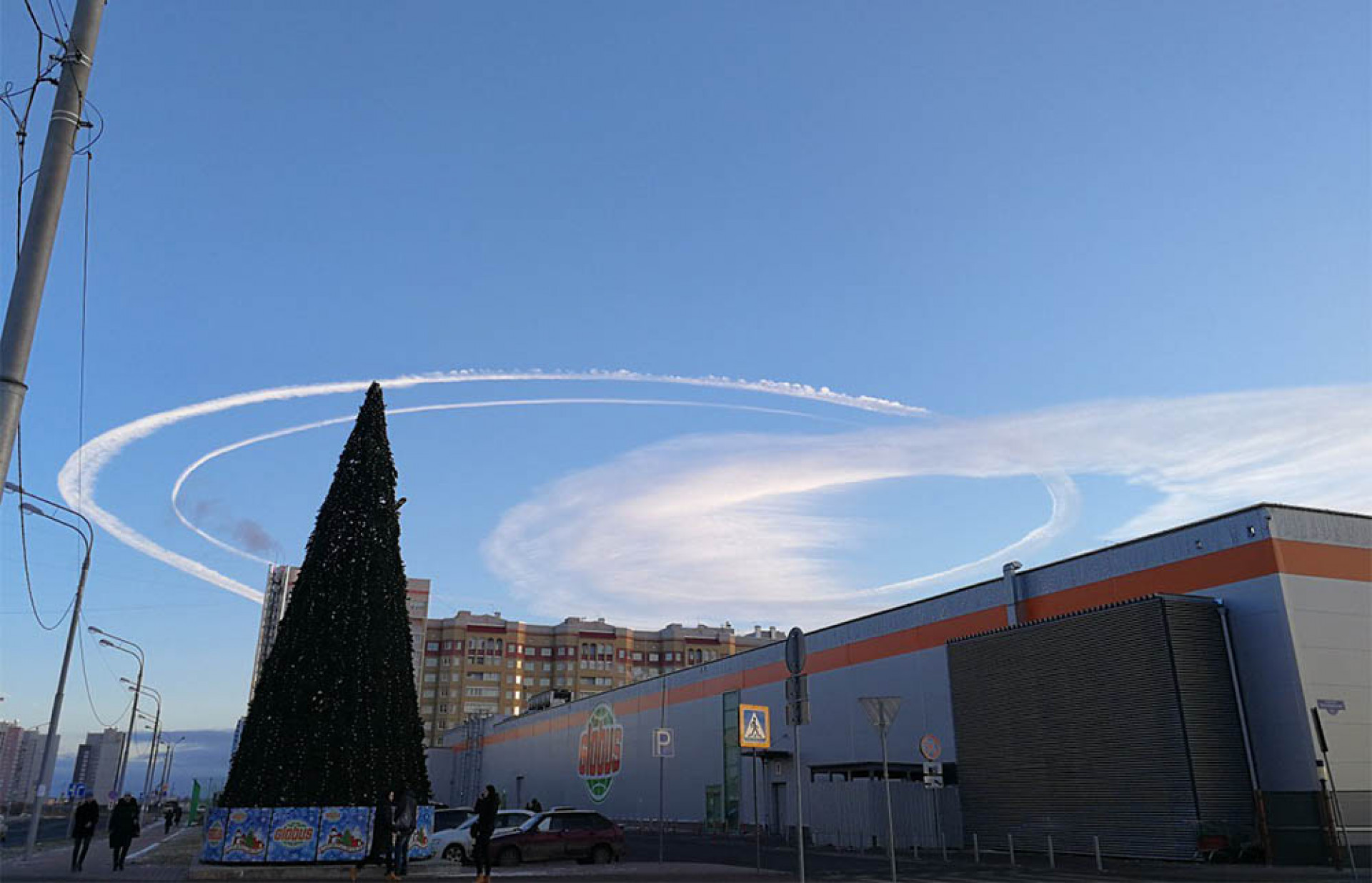 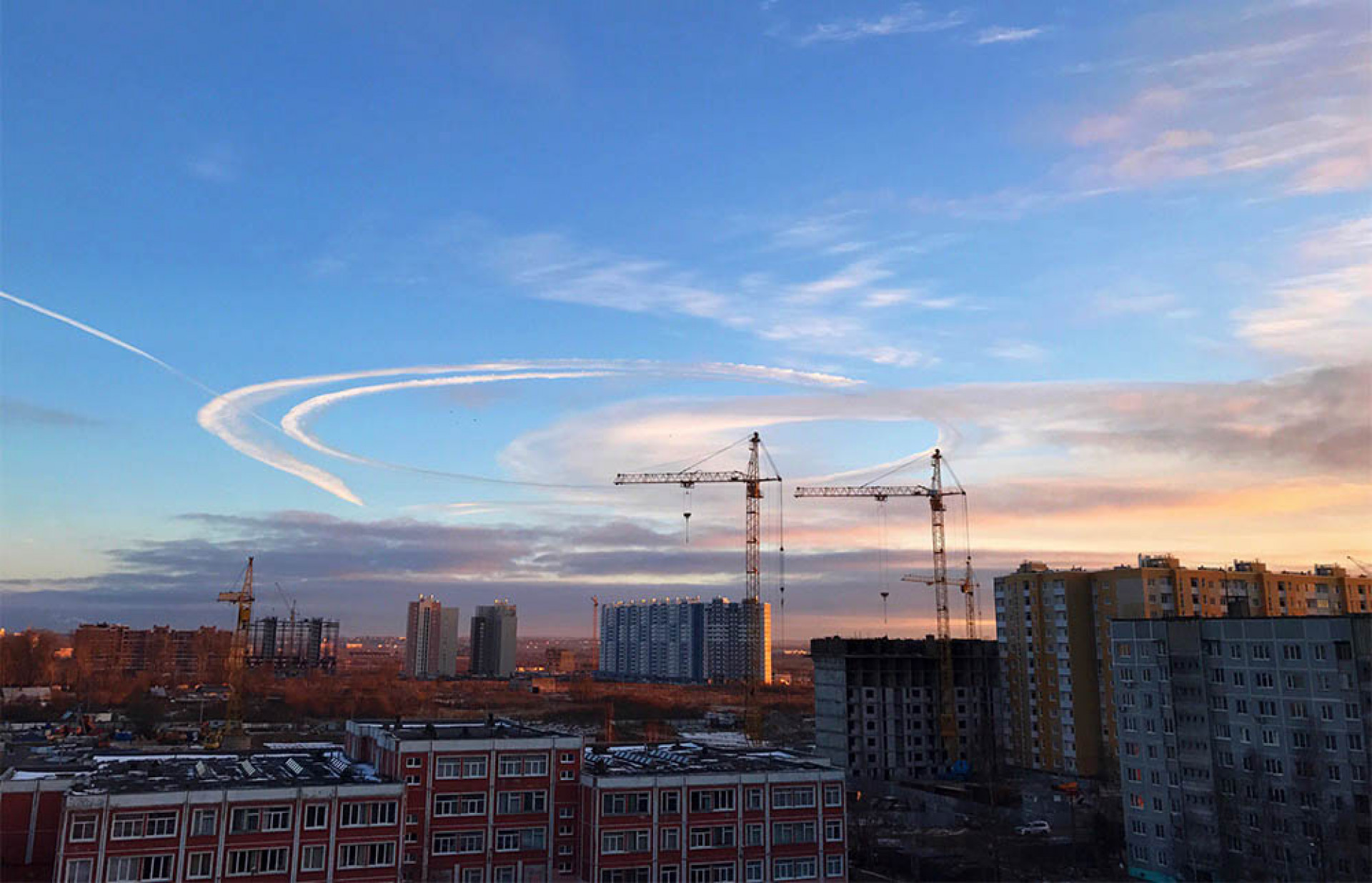 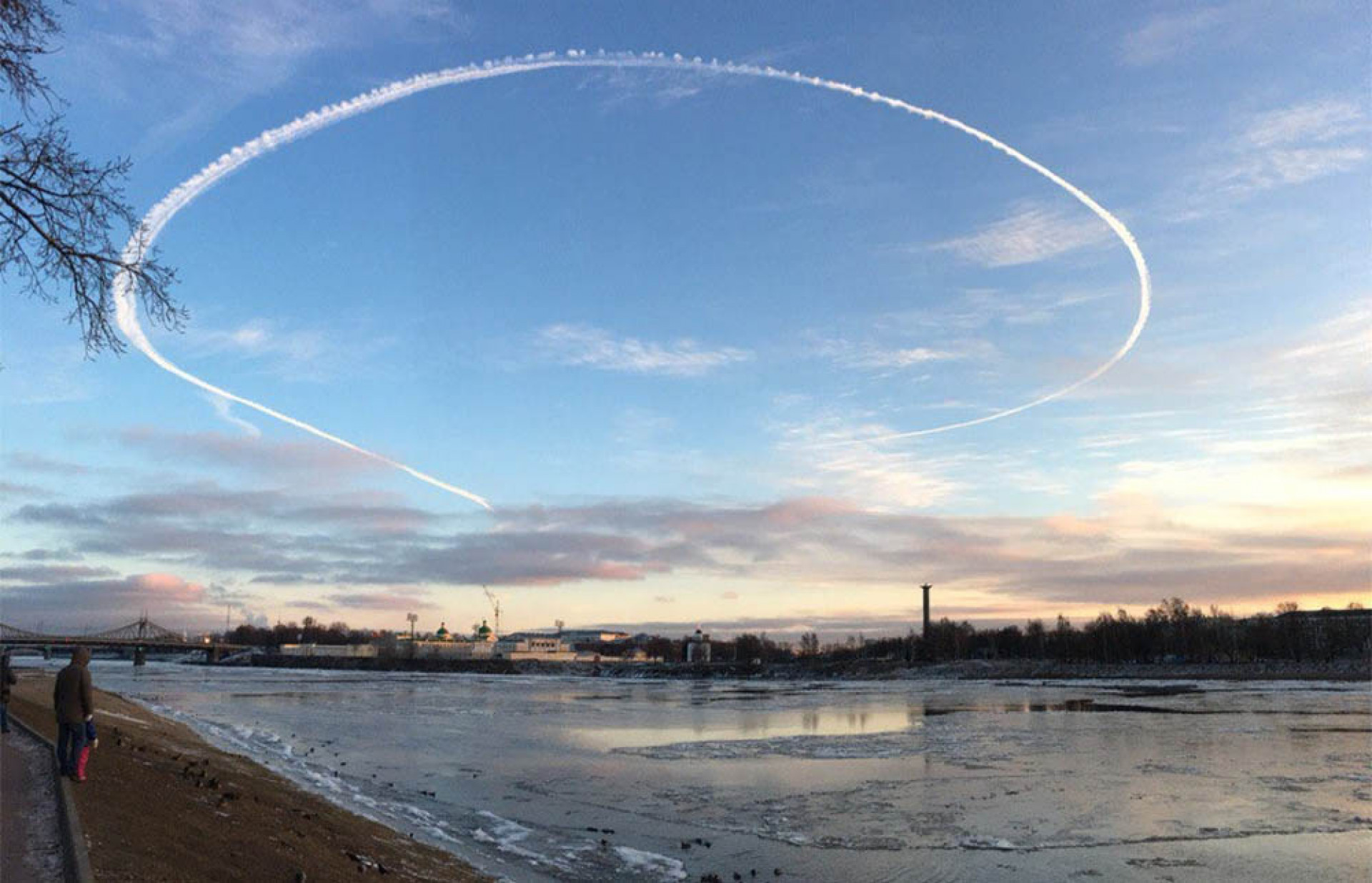 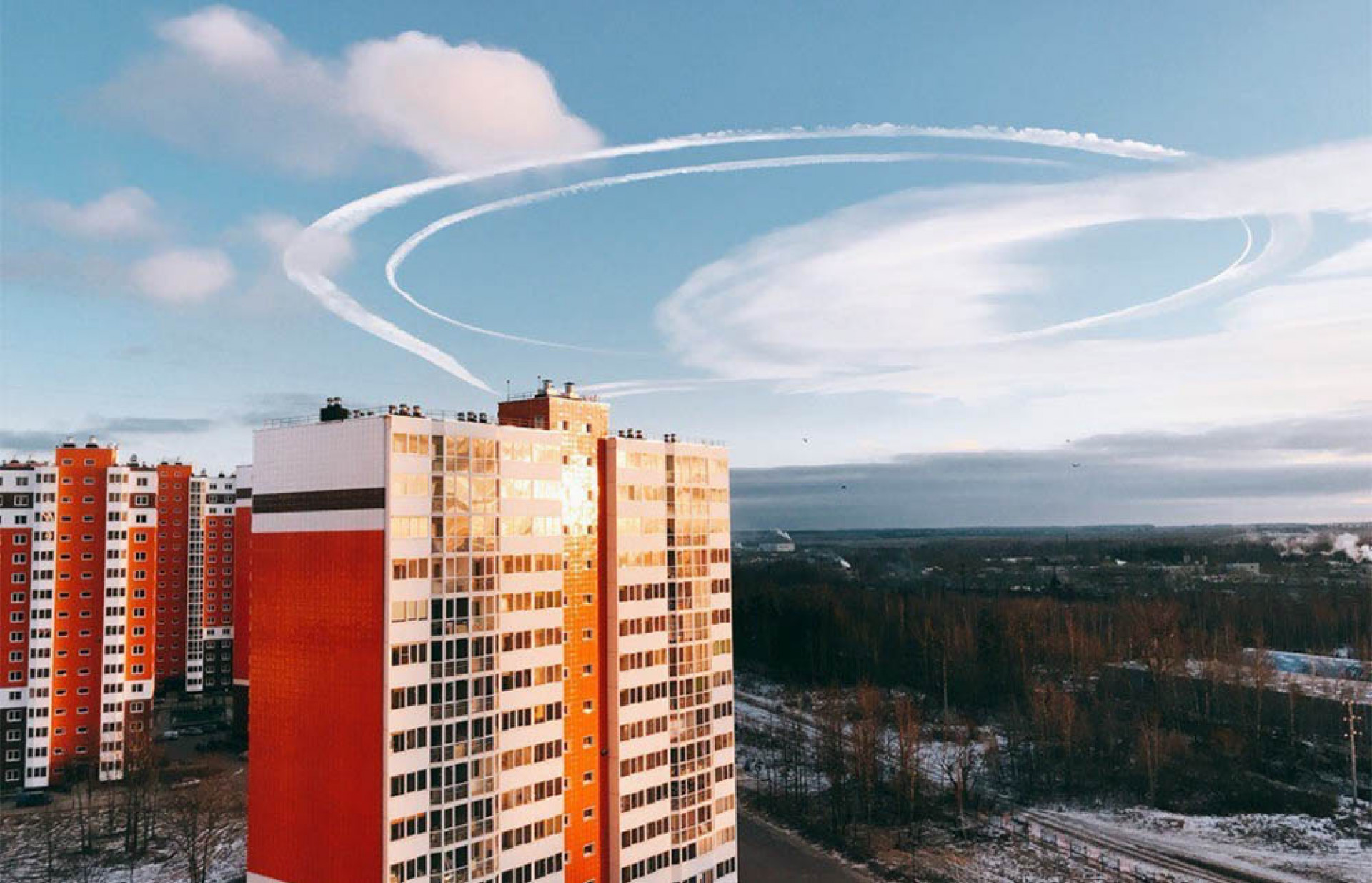 Users on the popular Russian Vkontakte social network theorized that the planes may have been left by Putin’s security detail aboard a special mission aircraft.

Others floated the idea that the head of state, who is all but guaranteed re-election on March 18, may have been aboard the aircraft himself.

Regardless of the origin of the circular halo, social media users were quick to share photographs of the unexplained phenomenon.

Such a sight is a rare occurrence and is often only captured from airplanes.
memorial candle

Planning for a (Not So) Post-Putin Russia

The president has made it clear that no one is going anywhere.
Post code envy

The cost of the property in Moscow's prestigious Rublyovka suburb is estimated at $9.5 million.