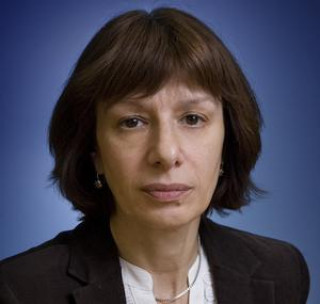 The reopened FBI probe into Hilary Clinton’s emails has reversed the trend of previous weeks that had put her safely ahead of Donald Trump. One week before the presidential vote, the race is once again expected to be tight. The broad anti-Trump camp has returned to a state of being deeply worried, seeing his victory as a doomsday event.

The truth is Hillary Clinton is hardly a blessing either.

Clinton whose chances to win were estimated early this week at under 80 percent and falling has been a long-anticipated presidential contender. She formally announced her intention to run for president in 2007, but in fact her presidential ambition was a matter of course for much longer. Satirists even depicted her as a fetus clutching a “Hillary 2008” sign.

As she competed for Democratic nomination in 2008, the expectation was that Clinton would become the first female president of the United States. It was billed as a victory of social progress, the achievement of the dogged struggle for women’s rights. On the other hand, her anticipated rise to head of state, especially if she would have been chosen to run against Jeb Bush, gave reason for concern. The emergence of “presidential dynasties” did not look good in a nation that prides itself on its republican tradition.

In 2016, however, the shocking nomination of Donald Trump as Clinton’s rival overshadowed both issues that made her unconventional – her gender and her "aristocratic" origin. Clinton is today reduced to a candidate of the establishment. By the same token, the race has been reduced to a confrontation between the establishment and its detractors, a conflict that is rapidly becoming a global trend.

If Clinton wins on Nov. 8, it will be a victory of conventional politics and political machines, over a preposterous challenger defying political and cultural conventions.

If Clinton succeeds in securing a victory, this would demonstrate the United States’ superiority over its former metropolis across the pond, which only a few months earlier failed to suppress its own anti-establishment revolt and voted for Brexit. It would also give an immense sense of relief to those in the United States and around the world who abhor the prospect of Trump in the White House.

What a Clinton victory would not do, however, is quell an ongoing anti-elite revolt in the American society. Trump supporters, embittered and angry as they are, will likely feel even more deeply infuriated seeing their candidate lose. Many have not forgotten the tricks that members of the establishment tried to play in order to prevent Trump’s nomination as the Republican candidate. Trump’s repeated statements about “rigged elections” fall on fertile ground. If their man does not win, his voters will have no doubt that the election has been stolen.

Trump artfully capitalized on the sentiments of the disenfranchised and alienated. Now that he has given them a voice, these Americans – at least 35 percent according to some estimates — will not give up. If Clinton is indeed elected on Nov. 8, the anti-establishment constituency will remain a huge challenge for her, even if they accept the result.

But the challenge is by no means limited to the domestic scene. Crisis is engulfing the European Union; a bloody war continues in Syria; the prospect of Russian-American confrontation is real; and the risks of terrorism are everywhere. The global order is rapidly crumbling, and it calls for a major revision or at least a fresh view of the foundations of international relations. As part and parcel of the American political establishment, Clinton is unlikely to rise to this task.

The tragedy of this campaign is not just that an infamous and insane candidate has a chance of winning, but that the victory of the seasoned and sane one is nothing for the world to look forward to.

“We are the indispensable nation and people all over the world look to ... follow our lead”, she said, seemingly oblivious to the spectacular failures caused by such morally righteous positioning. Interventionist policy guided by high principles – such as democratization or humanitarian concerns — has repeatedly led to disastrous consequences.

When it comes to Russian-American relations, the prospect of Hillary Clinton’s presidency is also grim. Putin’s Russia is an unpredictable and recalcitrant player. The president dismisses any criticism of his foreign policy and declares that if Russia’s behavior is not to the West’s liking, the West has nobody but itself to blame.

“We are provoked into protecting our interests, and then ‘aggressive’ Russia  is accused of doing this or that”, Putin said at last week’s meeting of the Valdai international discussion club. “Why are you provoking us? Let us negotiate solutions instead.“

Putin has made three things clear. One, nobody can force Russia to change its policy. Two, great power politics is back. And, three, the supposed right of smaller nations to act independently is meaningless unless protected by a stronger ally.

Ahead of a new administration being installed into the White House, Putin has increased the stakes and he looks unbending: it’s the United States that should change its course, not Russia.

Meanwhile the American establishment and its candidate are equally unwilling to contemplate compromise; they are exasperated and angry, anxious to punish Russia rather than negotiate solutions. The heat of confrontation may subside a bit once the campaign is over, but it will not go away. Whatever discussions may be held they will hardly be constructive — at least for as long as both administrations, complete with their entrenched viewpoints, remain at either end of the negotiation.