An unprecedented portrait exchange between Russia's State Tretyakov Gallery and the UK's National Portrait Gallery is underway. To mark their joint 160th anniversaries, the museums are collaborating on parallel exhibitions exploring the eminent individuals who have shaped the art, literature and thinking of the two nations. Last month a much anticipated exhibition chronicling the key figures of the golden age of Russian art opened in London. On April 23 the State Tretyakov Gallery will open its doors to a collection of paintings depicting famous Britons throughout history. The exchange offers visitors in Moscow and London the opportunity to see extraordinary paintings depicting the cultural and political titans of a bygone era.

"Russia and the Arts: The Age of Tolstoy and Tchaikovsky" (March 17 — June 26) is the most important exhibition of Russian portraits ever to be displayed at a British museum. The collection explores the "golden era" of Russian portraiture, from 1860 until the World War I, in which Russian cultural life was at its most vibrant. The exhibition at the National Portrait Gallery features 26 celebrated portraits, 22 of which have never been seen before in the U.K. 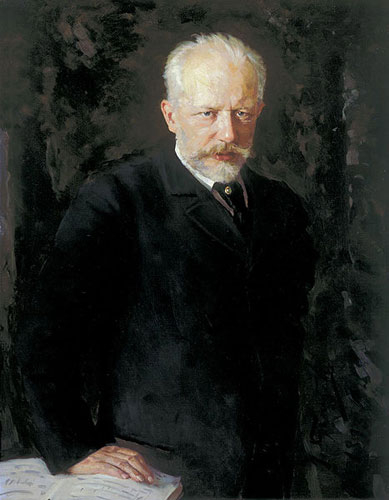 Nikolai Kuznetsov painted the only contemporary portrait of Pyotr Tchaikovsky in January 1893 in the city of Odessa.

Dr Rosalind P. Blakesley, Reader in Russian and European Art at Cambridge University and Curator of the exhibition explained the significance of the exchange. "Compared to the work of the Russian avant-garde, Russia's extraordinary artistic traditions of earlier periods remain relatively unknown abroad. This exhibition provides an unprecedented opportunity to appreciate the excitements of Russian Realism, Impressionism, and Symbolism through the portraits of some of Russia's most creative figures," she said in a written statement to The Moscow Times.

As you enter the exhibition hall, you are immediately aware of a hushed, almost reverential atmosphere despite the crowds of visitors. It is clear that you are in the presence of greatness — not only in terms of the subjects of the paintings — but also the painters themselves. Portraits include those of Anna Akhmatova, Anton Chekhov, Fyodor Dostoevsky, Pyotr Tchaikovsky, Leo Tolstoy and Ivan Turgenev by artists such as Vasily Perov, Ilya Repin, Valentin Serov and Mikhail Vrubel.

The portraits are arresting. Repin's iconic painting of Mussorgsky, completed just days before his death from alcoholism, captures the genius, tenderness and tragedy of the composer in rapid brush strokes. The rosacea of Mussorgsky's nose and his unkempt clothing and hair contrast with his soulful gaze into the distance. Continue through the exhibition where a portrait of Anton Chekhov by realist artist Osip Braz surveys you with a cool, laconic poise and Nikolai Kuznetsov's Tchaikovsky stands stiffly, looking tense and ill at ease. A contrast is offered by Serov's triumphant painting "Summer," depicting the artist's wife in a sun-dappled meadow — a snapshot of a care-free moment in the Russian countryside.

The paintings not only document the cultural behemoths of the era, but also demonstrate how Russian portraiture transitioned from striking realist techniques to the bolder and colorful styles of Russian Symbolism and Impressionism. 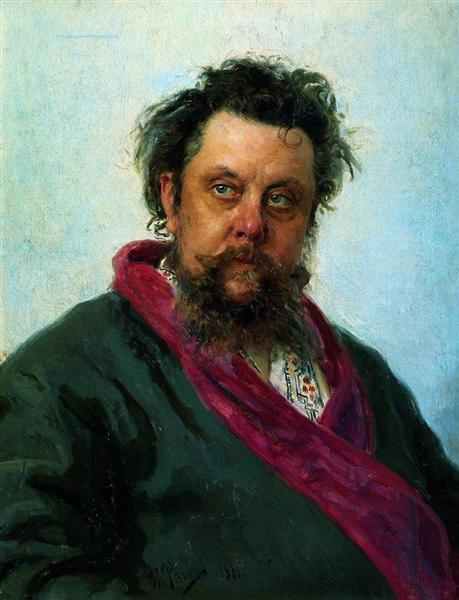 Ilya Repin's famous portrait of Modest Mussorgsky was painted in 1881 on the eve of the composer's death.

And it seems that the public are enamored so far with this rare collection of pre-revolutionary art. The exhibition had received almost unanimously enthusiastic reviews since opening. Angela, a visitor to the exhibition in London, once visited the Tretyakov Gallery on a trip to Moscow. "I'm a fan of Russian art and it's wonderful to see such an interesting collection of portraits on show here today. I've been particularly captured by the painting of Dostoevsky [by Perov]. I read that it's the only painting of that the author sat for, and it's very powerful."

Opening on Saturday, the exhibition "Elizabeth to Victoria: British Portraits from the Collection of the National Portrait Gallery" (April 23 — July 24) will display 49 portraits of influential British figures. Among the loaned treasures are portraits of Queen Elizabeth I, Oliver Cromwell, Isaac Newton, Charles Dickens and other eminent individuals who form an integral part of British heritage. These paintings have also been carefully selected for their great artistic value, numbering works by influential portrait painters such as Thomas Gainsborough, Joshua Reynolds and Thomas Lawrence.

Zelfira Tregulova, General Director of the State Tretyakov Gallery, spoke of the benefit of the unique exchange. "We are certain that our projects with the National Portrait Gallery today will form a basis of a long-standing relationship, and that we will have the opportunity to broaden the perceptions of both British and Russian audiences about the character of cherished figures in each country," she said in an interview with The Moscow Times.

The parallel exchange forms part of a wider cultural project in Russia as part of the U.K.-Russia Year of Language and Literature, which will see over 45 language and literature events for different target audiences. Perhaps the most prized portrait in the collection to be on show in Moscow is the Chandos portrait of William Shakespeare. The loan of this portrait is particularly pertinent given that is the 400th anniversary of Shakespeare's birth, a landmark which is also being celebrated in Moscow via a film festival screening live theater productions of the playwright's works. 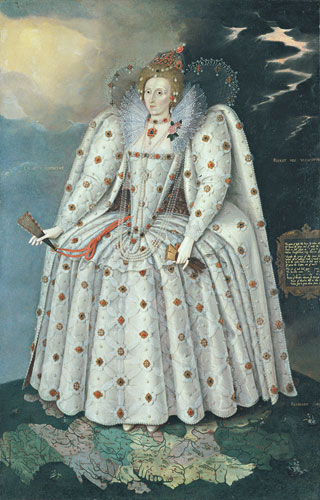 Queen Elizabeth I ('The Ditchley portrait') was painted by Marcus Gheeraerts the Younger in about 1592.

In partnership with the British Council, the Tretyakov Gallery will also host an educational program alongside the Elizabeth to Victoria exhibition, welcoming speakers from the U.K. to discuss the famous individuals depicted in the portraits and to give lectures on British history and culture. Themes will include the role of women in 18th century England, the great geographical and scientific discoveries of the period, and the English Renaissance theater. Another public discussion series entitled "A cultural leader in the modern world" will be open to professionals in the Russian art world, providing them with an opportunity to partake in a dialogue with British experts about the value of culture and a cultural leader.

Given the appetite for Russian portraiture in London, it seems likely that the parallel Tretyakov exchange will delight visitors on Russian soil as well. This hugely significant cultural collaboration is a wonderful opportunity to get acquainted with treasured portraits, be it in London or Moscow.

"Russia and the Arts: The Age of Tolstoy and Tchaikovsky" is at the National Portrait Gallery in London until June 26. npg.org.uk.

"Elizabeth to Victoria: British Portraits from the Collection of the National Portrait Gallery" will be on display at the State Tretyakov from April 23 through July 24. 10/12 Lavrushinsky Pereulok. Metro Tretyakovskaya. tretyakovgallery.ru.