It is a legal battle that drags up Soviet nationalization policies, allegations of black market dealings and international property rights. Now, it could also involve the Supreme Court.

The claim has been brought by the heir to one of pre-revolutionary Russia’s greatest art collectors. At the heart of the legal battle is Vincent van Gogh’s “The Night Café,” a vibrant depiction of vagrants and prostitutes killing time in a French dive bar. The painting, reportedly valued at $200 million, now hangs in the Yale University Art Gallery. But until 1918, it belonged to the private collection of wealthy Muscovite Ivan Morozov.

Morozov’s great-grandson Pierre Konowaloff has spent years challenging Yale University’s title to the masterpiece, but to no avail. Now, armed with a revised legal theory that he believes could undermine the legality of the original sale, Konowaloff is taking his last stand before America’s highest court.

The heir still has an uphill battle to fight. But even if the Supreme Court were to accept Konowaloff’s claim and rule in his favor, a happy ending would not be guaranteed, as Russia could then potentially assert its own right to the painting.

The Collection of Ivan Morozov

Ivan Morozov was a wealthy Russian textile merchant with a private art collection of legendary repute. The Morozov collection contained works of Cezanne, van Gogh, Picasso, Degas, and Gauguin, among many others.

Following the Bolshevik Revolution in 1917, Vladimir Lenin's newly-formed government turned its attention to private property. In 1918, Morozov's art collection was singled out for nationalization, and around this time the collection was transferred to state ownership.

Morozov was reputedly heartbroken by this loss, and was granted permission to leave Russia in 1919. He died two years later, at the age of 49, leaving behind a wife and daughter. Both ultimately settled in Paris.

Following Morozov's departure from Russia, his home was converted into an art museum. Within a few years, the collection was merged with the similarly impressive collection of Sergei Shchukin, another wealthy industrialist.

The joint collection in Morozov's home became known as the Museum of Modern Western Art (MOMWA), and would exist until 1948, when it was shut down by the Soviet authorities over accusations of "formalism" and "art that was anti-people in nature."

Slipping Across the Border

Following MOMWA's closure, the works from the Morozov and Shchukin collections were divvied up between Moscow's Pushkin Museum of Fine Arts and St. Petersburg's Hermitage State Museum.

While the bulk of the Morozov and Shchukin collections remain in the Pushkin and the Hermitage today, a handful of the paintings were sold to wealthy western collectors in the late 1920s and early 1930s. The driving force behind these sales was the state of Soviet hard currency reserves at the time. 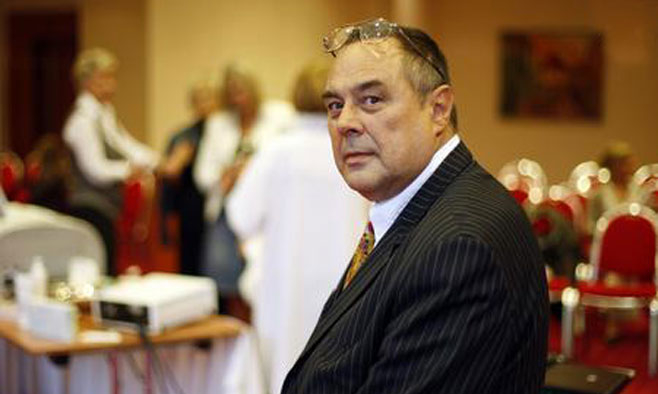 Irina Nikiforova, head of the Pushkin's European and American arts department of the 19th and 20th centuries, confirmed to The Moscow Times that a list of 59 works was drawn up from the MOMWA collection to be considered for sale abroad. That list included "The Night Café."

According to the court documents currently awaiting the U.S. Supreme Court's consideration, "The Night Café" was displayed in Russia until 1933. It was acquired that same year by Stephen C. Clark, heir to the Singer sewing machine fortune and a preeminent art collector, who had also acquired Paul Cézanne's "Madame Cézanne in the Conservatory" from Morozov's collection.

Upon his death in 1960, Clark bequeathed the van Gogh to Yale and the Cezanne to the Metropolitan Museum of Art (the Met) in New York.

Konowaloff first learned about the art collection from his grandmother, Morozov's daughter, when he was 18 years old. He said that neither his parents nor his grandparents ever considered fighting to recover a portion of the Morozov collection, explaining that they wished to leave the painful memories of the past behind.

In both instances, courts asserted that his claim was barred by the act of state doctrine, which prevents U.S. courts from second-guessing the policies of sovereign states. They did so despite the fact that when Morozov's collection was nationalized in 1918, the U.S. government did not actually recognize Lenin's government.

Washington's 1933 recognition of the Soviet government prevented U.S. courts from ruling on its legitimacy, it was ruled.

Konowaloff lost his appeal of the Met case on the same basis.

But ahead of his appeal of the Yale case, Morozov decided to change his legal strategy. He abandoned any challenge to the validity of the Bolshevik expropriations, arguing instead that the sale of the van Gogh painting was in itself illicit. He argued that New York's Knoedler Art Gallery had "surreptitiously arranged for [Clark] to acquire 'The Night Café' illegally through the Matthiesen Gallery in Berlin." 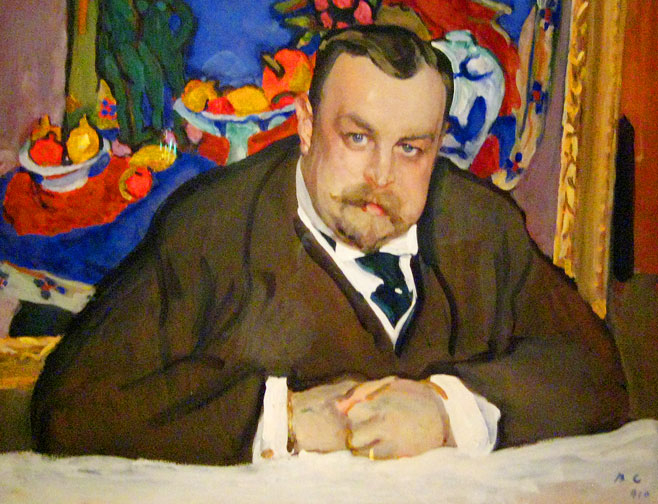 "A Portrait of Ivan Morozov." The private collections of Ivan Morozov and Sergei Shchukin were nationalized and ownership was transferred to the Soviet state. "The Night Cafe" was displayed in Russia until 1933 when it was acquired by Stephen C. Clark.

Konowaloff thus asserted that Yale's ownership claim was "derived from a theft."

It was a claim supported by extensive archival research conducted by Knowaloff's legal team, which had found there was no documentation related to the painting's actual sale in Russia. This was despite the fact that a system existed to ensure that the export of works of art received proper approval. Konowaloff argued that the absence of such record indicated that the sale had been illegal, and thus that Clark had no lawful title to the painting.

Konowaloff's attorney Allan Gerson told The Moscow Times he "presumed" "The Night Cafe" had been officially designated for sale before shipment, but that the sale itself was different.

"In every major art sale to the West, the Soviet system of redundancy required a record of approval and here there was no signed approval," he said. "There is at least a prima facie case that sale was illegal, and this is the subject of a trial that Yale is trying to prevent through an improper invocation of the act of state doctrine."

Yale has maintained that it has never had reason to question the legitimacy of Clark's bequest. When asked for information regarding the museum's review process prior to accepting the painting, Yale refrained from commenting.

Ultimately, the appellate court sided with Yale, concluding that by abandoning his challenge to the Bolshevik expropriations, Konowaloff had "accepted the validity of the 1918 expropriation and thus admitted any legal claim or interest he has in the painting was extinguished at that."

Konowaloff has since appealed to the U.S. Supreme Court to allow him to challenge the legality of Clark's purchase of the painting without invoking the act of state doctrine. By focusing on the sale, and not on the expropriations, Konowaloff aimed to assert that he had better title to the painting than Yale.

Will Russia Step In?

There is a third party in the affair: Russia. Were the U.S. courts to rule that Clark's initial purchase of the painting was illegal, Russia could potentially be in a position to assert its own ownership rights.

For its part, the Pushkin Museum, which houses much of the Morozov collection, says it has "accepted" the loss of the masterpieces shipped abroad in the early years of the Soviet Union. Their withdrawal from the museum was "a truly dramatic event … a loss that it is impossible to come to terms with," says Nikiforova.

The museum took seriously its duty to preserve the memories of Morozov and Shchukin: "We, the custodians of the collections, understand our obligations to the collectors," she said. "These are not lofty words; this is sincere admiration. Of course, we must preserve their memory."

Prior to stepping down as director of the Pushkin Museum in 2013, Irina Antonova championed the resurrection of the MOMWA, expressing a willingness to hand over the Pushkin's library of paintings from the two collections in order to make her vision a reality. Ultimately, the museum would never materialize.

Nikiforova said Antonova was not motivated by any desire to assert a claim to pieces of the Morozov collection at the Hermitage or abroad. "The former director's main message to the authorities … was that it was time to recognize [the deeds of the government in 1918] and rebuild what had been destroyed — it would be a just and noble cause."

Meanwhile, Konowaloff says he remains determined to right what he believes to be a historic wrong.

Correction: The print version of this story, due to an editing error, incorrectly stated that the Supreme Court was set to rule in this case and implied that the Pushkin Museum was seeking the return of the painting.

A Scandinavian cyclone transformed the capital into a winter wonderland.
not mainstream music

Russia's music scene is not resting on its historical laurels.