Choosing a gift for someone you think already "has everything" is a challenge. Now, imagine if that someone is Russian President Vladimir Putin.

On Oct. 7 of every year, Russians trip over themselves to come up with a tribute that can outperform the previous birthday's extravaganza.

Most of the gifts Putin receives are stored in the presidential library, his spokesman Dmitry Peskov told state-run RIA Novosti news agency last year. So before taking out your wallet for this year's celebration, take stock of what's already in that library and maybe rethink your gift choice. 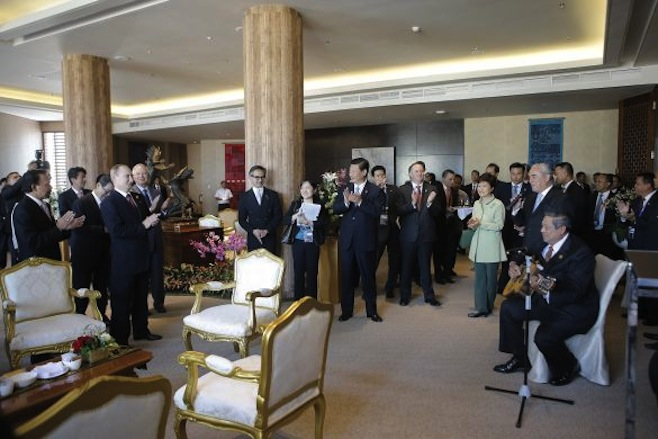 1. Putin as a Greek Hero

Flattery always works — you were thinking. And what could be more flattering than depicting the president as the son of the mythical Zeus?

Been there, done that.

Last year, the so-called Vladimir Putin Supporters Group organized an exhibit titled "The 12 Labors of Hercules," featuring Putin strangling a terrorist, fighting the multi-headed hydra of European sanctions, and even shooting a bow and arrow at Western fighter jets in Syria.

Perhaps this year's gift could be a reinterpretation of the Syria painting to reflect recent developments?

"If music be the food of love for your president, play on!" But, honestly, after Indonesian then-President Susilo Bambang Yudhoyono upstaged all other musical performances at last year's Asia-Pacific Economic Cooperation summit in Bali, Indonesia, you might as well put away your transverse flute.

"It's the most original present of my life," Putin told journalists after being given a rare Ussuri tiger cub for his 56th birthday.

That's saying something. The president has previously been given: a pair of Persian leopards from Iran, a Karakachan puppy from Bulgaria, three pure-bred Arabian horses from Jordan, and from former Moscow Mayor Yury Luzhkov, a goat. 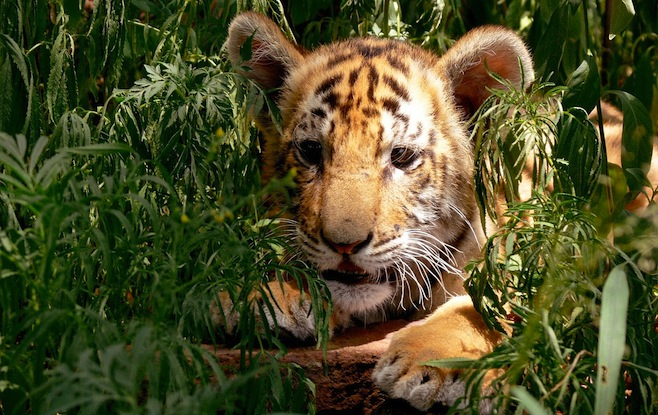 With such a busy presidential schedule, a calendar comes in handy. This particular calendar, titled "We love you. Happy Birthday Mr. Putin," was given to the president on his 58th birthday and featured a female Moscow State University student — in lingerie — for each month.

When every passing month provides a new errmm … surprise, the simple act of checking your schedule could become a rather titillating experience. 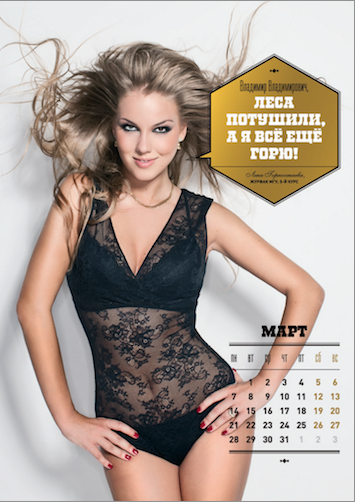 Enough teasing of the mind. Putin, after all, is also a man of brute manpower. For his 53rd birthday, the former German Chancellor Gerhard Schröder gave Putin a double-barreled shotgun.

Describing his gift choice, Schröder said, "I can only say that it is related to the president's interests and to Germany," RIA Novosti reported at the time.

With all that exotic wildlife stored in Putin's library we understand how it related to the president's interests but are still slightly puzzled by the Germany connection. 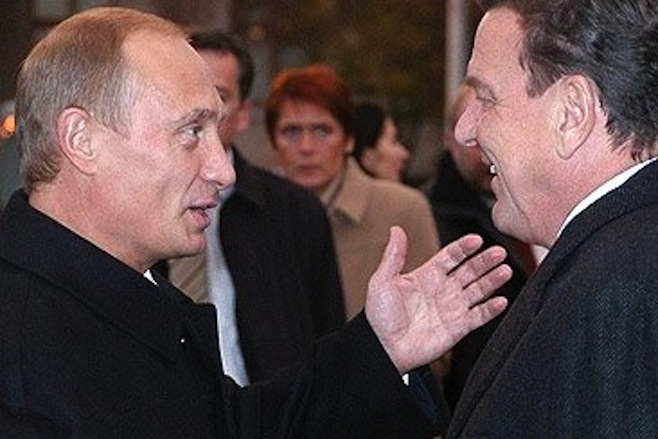 Prefer a creative gift on the cheap? Put your manpower to patriotic use.

That's what Chechen leader Ramzan Kadyrov did when he led 100,000 people dressed in the colors of the Russian flag through the Chechen capital of Grozny in honor of Putin's big day last year.

On Putin's Birthday, a Life in His Own Words — and GIFs

Vladimir Putin turns 63 this Wednesday. To mark the occasion, here is a risk-free account of the presidential life so far, consisting entirely of quotes...
news

Vladimir Putin's friends and fans tried to outdo one another for the prime minister's 59th birthday — but the biggest surprise came when a Twitter...
news

School classes were cancelled and government agencies shut down in Chechnya this week to ensure students and workers turned up for a 100,000-strong...
influence operation

The Russian Orthodox Patriarch Kirill, a strong supporter of President Vladimir Putin, worked for Soviet intelligence while living in Switzerland in the...