As he sits at a table in Kitaiskye Novosti, the Chinese restaurant he opened in the Konkovo region of southern Moscow at the beginning of the year, a waiter swirls gracefully by, landing dish after dish in front of him — Pork dumplings, marinated cucumbers, greens in soy sauce. Fenced in by small plates of Chinese delicacies, the Russian restaurateur smiles.

"I have plenty of it every day. Sometimes I have to take a break."

Lisichenko's Kitaiskye Novosti is just one of a number of eastward-looking culinary ventures that have appeared on Moscow's dining scene in the past year. Predominantly Russian-owned, these next-generation Chinese restaurants claim to offer authentic Chinese food in a modern environment and at a reasonable price. 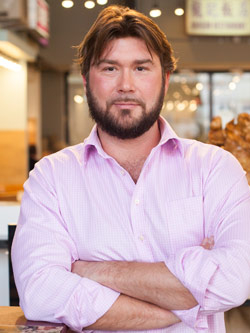 Even though many businesses — and restaurants in particular — have suffered in the economic crisis, pioneers in this field, like Lisichenko, are thinking of expanding while budding entrepreneurs are trying their luck with wok-themed joints and exotic names.

According to Russian culinary impresario Alexander Rappoport, "a year ago you could count the Chinese restaurants on one hand's fingers." He says he was the first to tap into this available niche in the market when he opened his restaurant, Kitaiskaya Gramota, in the heart of Moscow. "Our task and idea was that Kitaiskaya Gramota would offer food that would be affordable, tasty, interesting to different strata of the population, for the oligarchs as well as the expats and the hipsters," Rappoport said.

The owners of recently opened Chinese restaurant Khodya Khodya had similar motivations. Ksenia Sapunova, PR representative for the restaurant, told The Moscow Times that the business — the first solo project of restaurateur Kirill Gusev, following a few collaborations with restaurant network Restorannyi Sindakat — is the first to bring Chinese cuisine to the Patriarch's Ponds neighborhood. With no dress code and an all-dogs-allowed policy, Khodya Khodya takes pride in its casual atmosphere and affordable prices. "We also offer dim sum — probably some of the tastiest in Moscow. Or the tastiest even," Sapunova said.

Lisichenko says that these new restaurants are completely different from the places that served Chinese cuisine in Moscow in earlier years. According to him, until a few years ago the market was dominated by two different types of Chinese restaurant: the venues "opened by the Chinese for the Chinese" — whose origins often dates back to Soviet times — and those that emerged in the 1990s, which reflected the version of Chinese food Russians experienced on their travels abroad.

Today's Chinese restaurants, on the other hand, offer Chinese cuisine in a modern environment with "democratic prices."

"Nobody pays attention to the ceilings, the the golden toilets and the marble on the walls. People really go for the food," the owner of Kitaiskye Novosti said. "The most successful places are all about food." 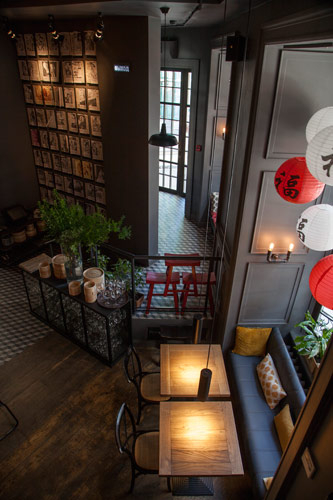 Although 8 percent of Moscow's eateries closed down between December 2014 and February 2015 as a result of the economic crisis, this new generation of Chinese food entrepreneurs is positive about the future. Many of them believe that the crisis is helping develop the Russian taste for a higher quality gastronomic experience. According to Lisichenko, under the current circumstances, people rank good food higher than extravagant surroundings. Sapunova agrees. "Crisis is crisis no matter what, but people have already adapted," she said. "We understand that we can't offer food at exorbitant prices because we would lose clients."

As the weakest links in the Moscow food chain struggle for survival, the simplicity of the ingredients required by Chinese cuisine can also prove to be an advantage for Chinese restaurants. Since the introduction of a ban on Western food imports, Italian and French restaurants have been struggling to provide their customers with an authentic culinary experience without their foreign brands of cheese and meats. Chinese food, on the other hand, is very adaptable, Lisichenko explained. This allows Kitaiskye Novosti to serve less sought-after types of fish, local produce  and less expensive cuts of beef. "We don't serve beef as a steak, it comes in dumplings," he said.

No matter what cut of meat is being used, Lisichenko's dumplings, freshly prepared to order, seem to attract Muscovites and Chinese alike. According to the businessman, 20 percent of Kitaiskye Novosti customers are Chinese, including university students and businessmen who live in the Moscow's southwest. 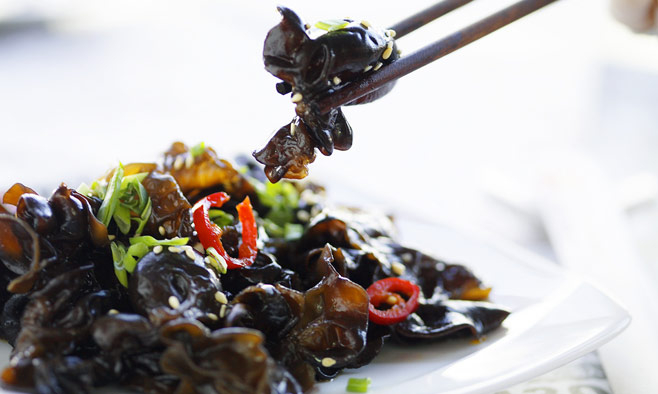 The chefs at Kitaiskye Novosti offer a fresh take on local ingredients, like mushrooms.

"I was not actually thinking about the Chinese clientele. It was a surprise for me when the Chinese people were the first ones who started knocking on the door," Lisichenko said. As he remembers it, groups of Chinese nationals residing in Konkovo started to curiously gather outside the establishment after they put up a sign in Chinese lettering. But he considers Chinese customers an important client base to nurture. He collaborates with travel agents to bring Chinese tourists to his restaurant, and often provides lunch boxes for visiting Chinese delegations and even ballet troupes.

But Kitaiskye Novosti's Chinese visitors are a low priority for most restaurateurs. Despite the interest showed by the Russian government in boosting Chinese tourism to Russia, the next-generation Chinese restaurants in Moscow are much more focused on other crowds. While Rappoport says that he is always pleased when a Chinese person visits Kitaiskaya Gramota, he admits that from a business point of view, he is interested primarily in cultivating a clientele with "bright eyes and good-looking faces."

Only time will tell if the new interest in Asian cuisine will hold steady over the long term, given the fickle palates of Muscovites.

Says Sapunova, "Now, it's Asian — not just Chinese — food that draws attention. Korea, Indian... Probably it's because it's something new. People are just fed-up with burgers and cupcakes."