Summer's not over yet! If you want to take advantage of every last second outdoors, Moscow has some terrific concerts and festivals for you in the last weeks of August. We have spotted one festival in the city that promises to be terrific. And for those of you wishing to indulge in a relaxing summer concert, but have sincerely had enough of the center of town, The Moscow Times has been further afield to see what the capital's outlying country estates have to offer for the musically inclined.

On Saturday and Sunday, the International Jazz Festival again takes over Moscow's Hermitage Garden, filling its tree-lined pathways with the soothing sounds of musicians from Russia, the U.S., Austria and Estonia. Entry is free, and performers will be delighting their audience until just after sunset. This year they'll have a special kid's program, a Riverboat lounge area (so you can imagine that you're floating down the Mississippi), and a beat jazz area where visitors can try out their jazz chops. Being the 18th annual festival, it's tried and tested, and sounds really rather good to us.

After recent extensive restoration work, the Arkhangelskoye estate is looking stunning. Located some way from the city, it is slightly more difficult to reach than its counterparts, but the trip is well worth it. It's easy to see why it has earned the oft-quoted title of "Moscow's Versailles." Its concert season centers on classical music and jazz, continuing this Saturday with an open-air jazz concert outside the smaller Caprice Palace, and followed on Aug. 22 at 5 p.m. with a recital of Tournier and Ravel and an offering from the La Villa Barocca ensemble on Aug. 23 at 5 p.m. But what is most impressive about Arkhangelskoye's summer concert season is what is available for children. At 5 p.m. on Aug. 30 an interactive show for kids comes to the Oval Hall of the main palace, performed by the Iskona theater of Russian folk instruments. At the performance last weekend, children were able not only to listen to charming folk music, but also take part in some of the pieces by clapping in time, blowing whistles, hand-pumping organs, and making a turn on the dance floor. Don't miss this one. 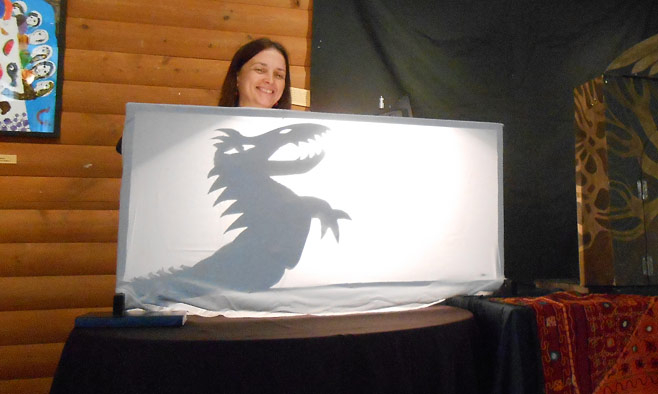 A dragon created at a master class for kids at the Arkhangelskoye Museum.

To the south of the city, with its striking white-washed Ascension Church built to commemorate the birth of the future heir to the throne, Ivan the Terrible, Kolomenskoye overlooks a beautiful meander of the Moscow River. A festival of wind music, "Summer at Kolomenskoye," a modern take on a typical wind orchestra, will continue over the coming two weekends. The Fortuna Brass Band is the order of the day on Sunday at 3 p.m. at the palace of Tsar Alexei Mikhailovich. On the following Sunday, Aug. 23, at 3 p.m. a somewhat peculiar-sounding, yet nevertheless intriguing, concert is being held in honor of the National Flag of the Russian Federation, headlined by the State Wind Orchestra of Russia. For lovers of music who are keen for a bit of pomp, this is a sure-fire hit for you. Best of all: The concerts are free.

After a long history of abandonment, Tsaritsyno received a controversial restoration and recreation from 2005-07, resulting in an immaculately groomed park and palace complex, complete with boating on the lake among fountains, all to the tune of a quintessentially Russian soundtrack of American movie theme tunes blaring from loudspeakers on the banks. The more formal soundtrack they are offering this August, however, links in with their summer museum theme of Don Quixote in Russia. In addition to Saturday organ concerts on Aug. 15 and 29 at 5 p.m., the organizers are putting on Quixote-themed concerts on Aug. 22 at 5 p.m., and Aug. 23 and 30 at 4 p.m. These will focus on Russian composers, but also reach out toward the likes of Haydn and Mozart. They take place in the majesty of the Grand Palace and provide a perfect mid-afternoon break from strolling along the park's numerous paths and getting lost among the flora of Tsaritsyno's impressive greenhouses. 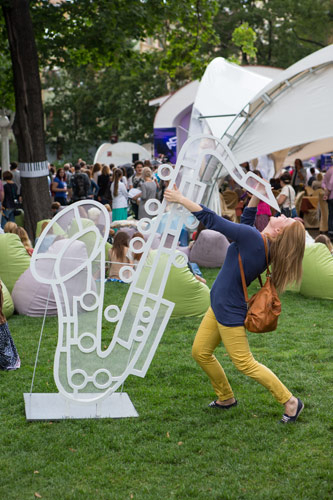 The summer country house and estate of the Sheremetyev family dates back to the mid-18th century, and unlike the estates on the outskirts of Moscow, has fortunately been largely preserved as it was originally built without much restoration. This summer the Kuskovo estate is presenting weekday and weekend evening concerts of organ music on Aug. 15, 22 and 29 at 5 p.m. and Aug. 19 at 7 p.m. They feature leading Russian organists with instrumental and vocal soloists, including the world-renowned opera singer of the Bolshoi Theater, Yekaterina Shcherbachenko. The highlight of the festival looks set to be its closing concert on Aug. 29 when the group "Barochnaya Kapella — Zolotoi Vek" are performing works of Bach, Handel and Goedicke. Before the concerts, wander around the grand lake and the ornamental gardens, where you can seek out the estate's peacocks and the greenhouses, now home to exhibitions of glass and ceramics from across the centuries.