Contribute Today
By The Moscow Times
May 8, 2015

My great-uncle Len Leeman — my grandmother's brother — was a radio operator in the British Merchant Navy during World War II, and took part in many of the highly dangerous Arctic convoys to deliver military equipment, industrial supplies and food to the Soviet port of Murmansk as part of the Lend-Lease program.

For more than two years during the war, my grandmother and her family had no idea where Len was, and their letters to him were returned. One day, the family dog at home in Louth, Lincolnshire, started behaving strangely, sitting by the door and refusing to move for hours until the family became quite irritated by it. That same evening, in walked Len. He had not been home for two-and-half years because every time he docked in Liverpool, he was sent straight back on another mission, so desperate was the situation. One of his fellow officers later told my grandmother that their ship had been the only one to survive one of the perilous missions.

When he was finally allowed to visit his family, the train he was traveling on had to stop at Grimsby, 24 kilometers away, because of bombing on the line. After so long away from home, he ignored warnings to stay on the train, and walked all the way home to Louth.

After the war, he got married, lived in Nigeria for some years, and had a daughter. Len lived to a ripe old age and died several years ago in York, where he had become a much loved fixture in his local pub. 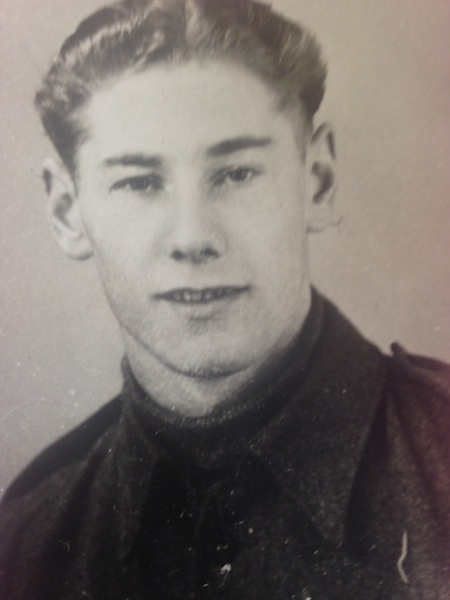 My grandfather, Sergeant Robert Darmon, was a tank operator in the British Army's Royal Armored Corps during the war. He served in France, Holland and then Germany, before working at several different press camps in Germany after the war when he was responsible for dealing with foreign correspondents from all over the world who were covering the aftermath of the war.

One of the press camps was housed in a beautiful old German stately home where the officers were billeted. One night, they decided to explore the cellars and sample some of the fine brandy they found there. The next day, my grandfather said, there were some very sore heads.

In the run-up to Victory Day on May 9, when Russia commemorates 70 years since the Allied victory over Nazi Germany, staff members at The Moscow Times...
opinion

In the run-up to Victory Day on May 9, when Russia commemorates 70 years since the Allied victory over Nazi Germany, staff members at The Moscow Times...
opinion

In the run-up to Victory Day on May 9, when Russia commemorates 70 years since the Allied victory over Nazi Germany, staff members at The Moscow...
opinion Hans Petter Midttun

NATO's new strategic concept codifies the alliance's statements and actions with regard to Ukraine.