Contribute Today
By Aleksandr Vykhodtsev
April 14, 2015
The Employment section did not involve the reporting or the editorial staff of The Moscow Times. 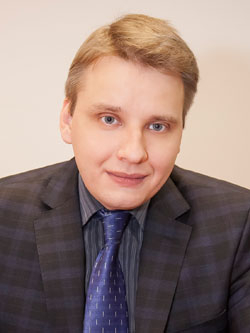 While the year began with Russia facing difficult economic and political conditions, an important change in Russian law concerning employment of foreign workers had passed almost imperceptibly. Since December 2014, the Labor Code of the Russian Federation for the first time ever differentiates between foreign or stateless workers and those with Russian citizenship.

There is now a specific procedure, which is extremely important and should be followed when employing foreign workers.

In the case of visa-free workers, quotas have been replaced with "patents."

Foreign workers need to be at least 18 years old to sign an employment contract in Russia, whereas Russian citizens can be 16, or even younger in certain circumstances.

Employment contracts can be classed as short term or indefinite for both foreign and domestic workers. In the case of foreign workers, details of the work permit, residential status and medical insurance should be included in the employment contract.

On signing an employment contract, foreign workers must show the same documents as Russians: a passport, education certificates, and а service record book if they have worked in Russia. Foreign workers also have to provide the relevant work and resident permit, or patent. There may be circumstances where the work or residential permits are not available at the time of signing the contract. In this case, evidence of the signed employment contract will be needed for dealings with the Federal Migration Service of the Russian Federation.

Foreign workers must also check the legal situation regarding driving licenses and relevant medical examinations that may apply.

But there are also special reasons for the termination of employment contracts with foreigners: termination of work or residential status by the Federal Migration Service of the Russian Federation, or expiration of medical insurance (private or employer provided). Care should be taken to ensure all permits and supporting documents are kept up to date.

Employers who employ foreign workers need a license to do so. Should this license expire, the employer must give two weeks' salary to foreign employees as their contracts will be automatically terminated along with the expired license.

Both foreigners and Russians have the right to a pension, but foreign workers are only eligible while they live in Russia and have a residence permit.

Employers need to remember that since the beginning of 2015, pension contributions are to be deducted from payments to foreign workers and stateless persons who have a contract longer than 6 months. The exception to this is for highly qualified specialists who don't pay contributions. Penalties for non-compliance with Russian Labor law have been increased in 2015.

In sum, the results of the changes mean foreign workers have a clearer understanding of legislation relating to their contracts. However, there is still a fair amount of bureaucracy involved.