The ruble fell sharply on Monday, dragged lower by a slide in oil prices and fears that ratings agency Standard & Poor's will downgrade Russia to junk in coming days.

The currency has been hit by plummeting prices of oil, Russia's main export, and Western sanctions imposed last year over the Kremlin's role in the Ukraine crisis.

The Russian currency tracked international oil benchmark Brent, which was down more 5 percent on Monday at $47.5 a barrel, falling below $48 for the first time since April 2009.

S&P said last month that it expected to complete a review of Russia, which it already rates at just one notch above junk with a negative outlook, by mid-January.

"We believe there is a high possibility that S&P will downgrade Russia's rating — if not now, then later this year as the country's macroeconomic indicators worsen," analysts at Rosbank said.

Russian bonds are already trading at "junk" levels. The yield on the 2030 eurobond was 7.2 percent on Monday, up around 25 basis points since Friday but below peaks of 8.3 percent in mid-December and 7.9 percent on Jan. 6. 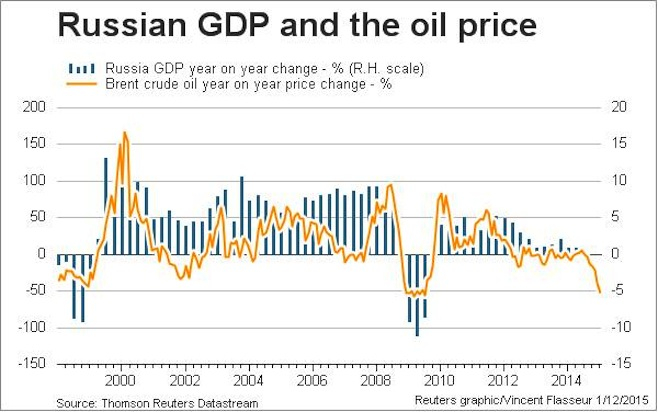 Travelers looking to stock up on rubles before returning from winter holidays abroad have struggled following some exchange points' refusal to trade...
news

Rating Downgrade Set to Scare More Capital Out of Russia

Falling energy prices and the plunge in the Russian ruble are hitting currencies across the former Soviet states.
news