Russian film fans and film authorities will have their eyes on Berlin next month when cult British director Peter Greenaway's new film "Eisenstein in Guanajuato" premieres in the competition section of the Berlin Film Festival.

The film tells of 10 days that legendary Russian director Sergei Eisenstein spent in the Mexican city in 1931 as he tried to make his great unfinished film "Que Viva Mexico!" and will be about sex and death, Greenaway has said in media interviews.

Greeenaway suggested to journalists during a visit to St. Petersburg in 2012 that a major focus of his film would be Eisenstein's alleged homosexuality — an aspect that does not look set to be a hit with Russian movie authorities.

The Russia's film foundation was forced into denying claims that it rejected a different Greenaway screenplay about a yet-to-be-filmed Eisenstein movie last week over mentions of the director's sexual orientation.

"The reason [for the foundation's complaints] is not homosexuality," Nikolai Borodachyov, director of Russia's Gosfilmofond (State Film Foundation), said in comments published by the BBC's Russian service.

Borodachyov was referring to a report in Russian newspaper Izvestia that said the screenplay for Greenaway's "The Eisenstein Handshakes" had been sent back to the British director for revisions when the foundation objected to its portrayal of Eisenstein's homosexual orientation.

"I wasn't talking about [homosexuality] at all. They [the Izvestia journalists] raised that issue. … We do have issues with the screenplay, but not in that sense," Borodachyov was cited as saying.

Borodachyov added that the film foundation had not made any official complaints to Greenaway and that it remains interested in participating in the film's production.

"Our aim is to buy the script from him, discuss it and, if it is acceptable, make a good film," Borodachyov said.

"The Eisenstein Handshakes" is set to begin shooting this year for release in 2016.

The sexuality of Russian cultural greats has become a hot topic in recent years as the government's cultural policy has become more conservative and increasingly opposed to gay rights.

Greenaway, whose films rarely shy away from controversy, has talked for years of his love for Eisenstein.

"Cinema is dying, so maybe now is the time to celebrate its greatest exponent," Greenaway said in an interview with The Moscow Times in St. Petersburg in 2012. 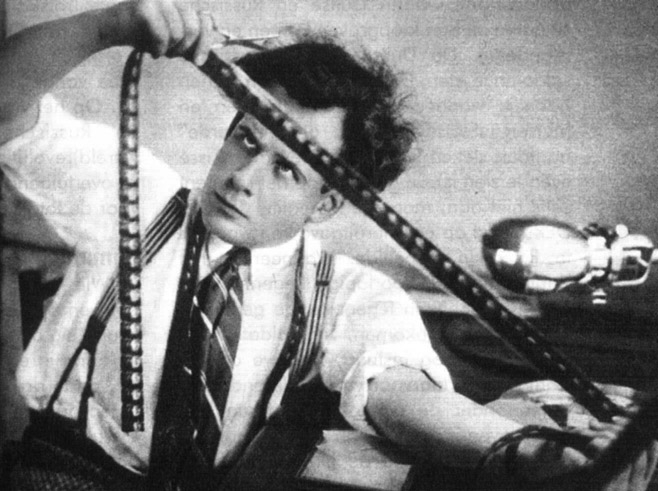 Eisenstein, a pioneer in montage, is seen as one of the greatest directors.

Judging by his more recent comments on the first of the films devoted to Eisenstein, the director's sexuality will definitely be touched upon in the film.

"I want to make a film that is somehow equivalent to the extraordinary mind of Eisenstein, he had hundreds of disciplines and fascinations and his ideas were sprouting about all over the place," Greenaway said in a documentary made by the Mexican Film Institute while the director was making the film in Guanajuato last year.

Eisenstein's three major films before his Mexico visit — "Battleship Potemkin," "October: 10 Days That Shook the World" and "The General Line" — were movies that looked at events. His films after Mexico, like "Alexander Nevsky" and "Ivan the Terrible," are much more about people, Greenaway said.

"My film's secondary title is '10 Days That Shook Eisenstein.' You can say that for Eisenstein, Guanajuato was heaven," Greenaway said.

"My thesis is that the change happened because he came to Mexico, he learned about sex and death, he became humanized," Greenaway said in the documentary.

The documentary shows a scene being filmed where Eisenstein is being teased by his film collaborators Grigory Alexandrov and Eduard Tisse about being uncomfortable around women.

The film focuses on an extraordinary part of Eisenstein's life. Feted as the Soviet Union's best director, he was allowed to go to the United States to work and to learn about movies with sound, but it didn't end well.

"He was first invited to Hollywood to make a film — a complete disaster as Hollywood doesn't know how to deal with intellectuals," Greenaway said in the documentary.

Eisenstein could not fit into the Hollywood studio system, and he also faced pressure from an anti-communist politician in California.

With the help of Charlie Chaplin, he linked up with Upton Sinclair, a best-selling novelist and committed socialist who provided Eisenstein with the funds to go and make a film in Mexico.

Greenaway looks at only 10 days of what eventually turned out to be a months-long trip to Mexico for Eisenstein. He considered using a Russian actor for Eisenstein but eventually plumped for Finnish actor Elmer Bäck.

"The character has a huge demand because the dialogue that I write is hardly, 'Pass me the salt, darling.' It's full of English wordplay, alliteration, punning and complications of understanding," Greenaway told The Moscow Times.

In the Mexican documentary, Bäck with hair as wild as Eisenstein's, said the film was "surprisingly funny, really comic."

Whether Russian state film officials find it funny will only be known in February.

How to make three kinds of savory stuffed pastries that even a Russian husband will love.
The MT List