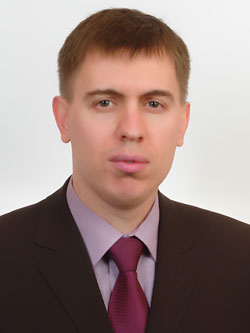 The Russian Constitution guarantees unlimited judicial protection of rights and liberties to all. In reality, however, when forced to seek judicial protection even those who win their case do not always end up in the position they would have been if the violation of their rights had not taken place. Besides the fact that going to court is almost always burdensome and requires significant time expenditures, court action frequently involves considerable expenditure on legal fees, and these costs are often not fully recovered from the respondent.

Similarly, a respondent baselessly involved in litigation that goes on to win its case cannot always count on receiving full compensation for its inconvenience and reimbursement of legal costs. However, although at first glance this seems unfair, upon closer inspection there is a clear logical explanation for putting the question of reimbursement of legal fees under the control of the court.

The criteria of reasonableness are applied because, unlike other expenses necessary to restore rights, the parties are in most cases able to influence the size of lawyers' fees. The unlimited application of freedom of contract and ability to unilaterally directly affect the amount recoverable from an opponent would provide room for manipulation and abuse. This makes judicial supervision of such expenses and criteria to determine their reasonability essential to preserve the balance of interests of the parties.

At the same time, the applicable statutory rules on reimbursement of the winner's legal costs are extremely laconic, which has resulted in inconsistent legal practice on this issue. The Arbitration Procedure Code of Russia provides that cost of fees for representation incurred by the party in whose favor judgment was rendered shall be recovered from the other party within reasonable limits (Article 110.2 RF APC). Given that the notion of "reasonable limits" is vague and open to interpretation by judges, who often take a conservative position, the Supreme Arbitration Court has made a number of attempts to correct practice unfavorable to the winning party and set guidelines for assessing the reasonableness of legal fees.

Presidium Ruling No. 16067/11 of March 15, 2012, which reflected the largest fee encountered in acts of the RF SAC Presidium to that date, drew particular attention. In this case, legal costs in connection with the case were confirmed at 2,889,302.19 rubles (approximately $98,000 at the exchange rate when the ruling was issued). Notably, these legal costs were recovered to the benefit of a foreign company from the Federal Tax Service Inspectorate party to the case.

The Supreme Arbitration Court did not only adjust practice with respect to the reasonable amount of costs to be reimbursed. In July 2012, it issued guidance allowing the recovery of legal costs incurred by a party while the court considers the issue of legal costs, which was immediately put to use by parties. Although the costs reimbursed in connection with considering an application for recovery of costs are almost always low (there have been examples of around $300), in one recent case a party demanded costs of more than $175,000. In this case, the court awarded $25,000, which was upheld by the higher instances.

Another interesting example of liberalization was the issuance on Feb. 4, 2014, of SAC Presidium Ruling No. 16291/10, which effectively deemed it permissible for the losing party to be required to pay additional contingency fees to the winner's representatives depending on the outcome of the case. Previously, the RF Constitutional Court had noted in Ruling No. 1-P of Jan. 23, 2007, that the inclusion in a legal services agreement of fees dependent on the adoption of a court decision in favor of the party was inconsistent with the fundamental principles of civil law.

Clearly, commercial court practice on the important issue of reimbursement of legal fees is continuing to form and develop. Although the Supreme Arbitration Court has taken certain steps towards liberalization, practice has, unfortunately, not become more predictable. It is also impossible to be sure that the courts will continue to follow the Supreme Arbitration Court's fairly audacious interpretation of the law following the abolition of the court in August 2014 and the transfer of its powers to the Supreme Court. It is to be hoped that the new Civil Procedure Code currently under development will contain more detailed rules on compensation of legal costs in order to stabilize court practice in this area.