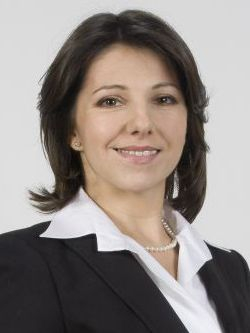 The year 2014 has been marked by numerous developments in HR-related regulation and law-enforcement practice. Here we will deal only with the most important ones.

The first significant news of the year for HR professionals came with the new Law "On the special assessment of workplaces in terms of working conditions." This was signed by the President of Russia on Dec. 28, 2013 and came into effect on Jan. 1, 2014. The law replaced the old assessment procedure with a new special assessment regime, and many companies have already started the new special assessment process for their workplaces. There has certainly been no revolution, but some of the changes are significant, and they are mostly positive for business. In particular, there are fewer gaps in the regulation of the assessment procedure, while there is also an incentive to improve working conditions: employers that do so have the opportunity to save on contributions to the Pension Fund by benefiting from a lower contribution level. Also introduced were differentiations in compensation payments for work in harmful conditions depending on the level of harm. However, there is uncertainty: obscure transitional provisions of the new law allow the old (higher) level of payments to be applied, making the application of the new payments questionable.

Our clients are paying more attention to preventing corruption at the company level. Partly this is due to new requirements of the Law "On Counteracting Corruption" obliging companies to take anti-corruption measures (which include preventing any conflict of interest, adopting codes of business conduct, and so on). Failure to comply may trigger fines that can go even higher than the multi-million USD fines imposed on companies under the U.S. Foreign Corrupt Practices Act (FCPA). That these matters are under the microscope reflects the recognition of an acute need to fight internal white-collar corrupt practices, such as taking kickbacks, granting high discounts to affiliated companies, and financial misconduct, among others. Timely and lawful measures can be taken against employees acting in bad faith only if adequate anti-corruption measures have been put in place at company level in advance. 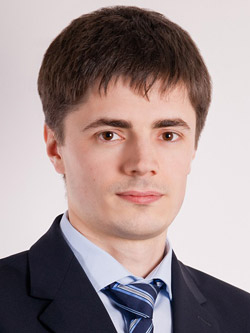 You should also be aware that hiring expats is becoming more and more difficult. As of March 2014, there are stricter rules for obtaining quota slots to engage foreign employees. Beginning in January 2015, all expats (except for Highly Qualified Specialists) must, if they wish to obtain a work permit, demonstrate knowledge of the Russian language, as well as of the fundamentals of Russian history and law. This means that companies are making increasing use of special regimes for hiring expats, most notably the Highly Qualified Specialist regime. This grants some exceptions from the general method of engaging foreign employees.

There is news regarding personal data protection. Federal Law No. 242-FZ, effective January 2016, requires that personal data of Russian citizens be stored in Russia while making it possible to restrict access to data processed in violation of personal data protection requirements. This law was seen as an instrument to protect data collected by Internet companies (social networks, online booking systems and the like) but formally it applies to all companies dealing with the personal data of Russian citizens. The new law is quite uncertain (in particular, it is unclear whether it will apply to foreign companies that have no legal presence in Russia), which creates new risks for businesses.

Finally, there will be changes in temporary agency work starting in January 2016. The new Federal Law No. 116-FZ bans what it calls "temporary agency work" but does allow for "provision of personnel." There is no clear difference between the two, but in general it is permitted for private employment agencies to supply staff to third parties, this being referred to as "provision of personnel." However, the scope for agencies to provide temporary staff is severely limited, which will make it less attractive and more expensive for businesses to use agency services. Companies should assess whether they will be able to continue to use agency services and should amend their business processes accordingly. Companies other than employment agencies will have the right to second their employees to third parties only if a separate law on secondment is adopted, and such a law is now being drafted by the Ministry of Economic Development.

In summary, then, 2014 has been something of a mixed bag in terms of the main employment law developments. We can cautiously welcome the new regime for assessment of working conditions, while the improved tools to combat corruption are clearly a positive development. However, the working climate for expats is becoming more hostile, while uncertainty remains over personal data. Meanwhile, the steps forward in terms of temporary agency work are small, and the law is uncertain. This is one of the areas in which we hope for an improvement as 2014 draws to a close and 2015 unfolds.