Well, there's one good thing. A check of shows opening in the first weeks of the coming theater season reveals not a single old Anton Chekhov play. But if you think that means Moscow's theaters have set their sights on contemporary topics, think again.

Alexander Ostrovsky, William Shakespeare, Alexander Pushkin — these are our contemporaries for now.

Of course, I'm being facetious — to a point. For I would wager that Konstantin Bogomolov's handling of Pushkin's "Boris Godunov" at the Lenkom Theater, Dmitry Krymov's adaptation of Ostrovsky's "Late Love" at the School of Dramatic Art, or Vladimir Mirzoyev's rendition of Beaumarchais' "The Marriage of Figaro" at the Vakhtangov Theater will all reflect modern mores, events and foibles with the customary color and chutzpah these directors always bring to their work. 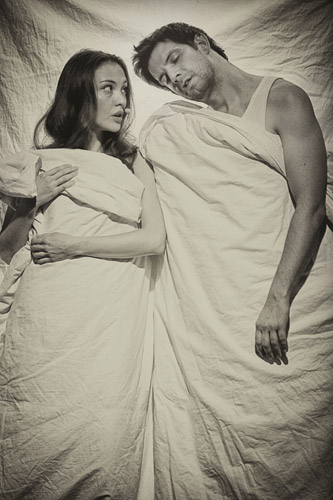 However, if you're interested in what contemporary writers have to say, there aren't many places to go.

Praktika Theater offers up Igor Simonov's "Enquiry," an exploration of absolute power, on Sept. 24 and 25, while Teatr.doc, Moscow's only venue that plans to defy the new law against obscenities on stage, opens "Vacation in Crimea" on Sept. 17 and 26. It is the newest installation in their satirical "Office Debauchery" series. But even Doc's other new show reaches back to the Stalin era — Varvara Faer's "Marina Kovalyova's Last Love," opening Sept. 18, is a docudrama about a popular Soviet film actress whose career crashed after Stalin's death.

The innovative Gogol Center enlisted two top writers — Nina Belenitskaya and Valery Pecheikin — to modernize classic Soviet film plots. Taking on Andrei Tarkovsky's "S.T.A.L.K.E.R.," which plays Thursday, Belenitskaya turned the tale into a computer game that unfolds before the eyes of spectators being led through the back corridors of the theater. Pecheikin, working with director Sergei Vinogradov, created a remake of Mikhail Romm's great 1960s film "Nine Days in a Year," about the interrelations of three scientists in a complex historical age. 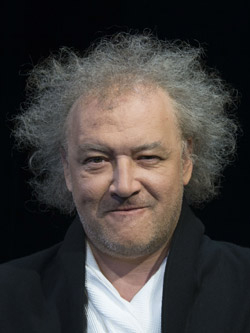 But the most characteristic element of Gogol Center's early season is that it, like several other theaters, will be closed for renovations from the end of October until February or March. The Taganka Theater and the Sovremennik also are closing down their home stages and performing elsewhere around town, while the Contemporary Play School and the Hermitage Theater continue to work in "loaned spaces" during major reconstruction projects. The Hermitage, for example, shows its new "Lear King" at the Theater Yunogo Zritelya on Sept. 30.

One space reopening after several years of remodeling is the Mayakovsky affiliate stage on Sretenka. To mark the event, on Sept. 19 and 20 it offers Sasha Denisova's "Decalogue on Sretenka," a show directed by Nikita Kobelev that walks spectators through the space, mixing historical and literary tales with local lore in the theater's cafeteria, wardrobe and storage rooms.

Two of Moscow's most unique, not to say eccentric, directors teamed up with two of the cities biggest venues for new shows. Mirzoev, who has worked with great success at the Vakhtangov in the past, shows his version of "The Marriage of Figaro," starring Maxim Sukhanov on Thursday and Sept. 24. Bogomolov, arguably the most politically oriented director in town these days, reveals "Boris Godunov," Pushkin's historical chronicle of Russian times of trouble, at Lenkom on Sept. 19 and 20.

Dmitry Krymov, who delights not only Moscow with his unusual shows, but also Europe with several extended tours last season, comes home to premiere "O-h. Late Love," surely an unexpected rendition of an Ostrovsky classic, at the School of Dramatic Art on Thursday, Friday and Saturday.

Continuing the Ostrovsky connection, St. Petersburg director Grigory Dityatkovsky unveils "The Heart is Not a Stone" at the Et Cetera Theater on Sept. 30. 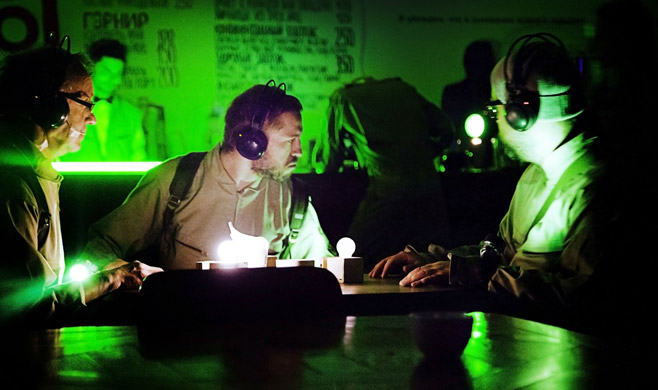 The Tarkovsky film becomes a computer game in the play "S.T.A.L.K.E.R."

Shakespeare is the man of the moment, with three new shows including the Hermitage Theater's aforementioned "Lear." Also doing the Bard are Theater of Nations, with Timofei Kulyabin's "Shakespeare's Sonnets" on Sept. 18, and the Satirikon, offering Yakov Lomkin's "The Taming of the Shrew" on Oct. 3, 4 and 5.

Classic American drama hits the boards with Tennessee Williams' "A Streetcar Named Desire" at the Moscow Art Theater on Sept. 18, and Edward Albee's "Who's Afraid of Virginia Woolf" in November at the Theater Yunogo Zritelya, courtesy of Kama Ginkas.