After the Boeing planes flown by Russia’s first low-cost airline, Dobrolyot, were grounded by EU sanctions in July, Russian officials have revived their efforts to stimulate production of Russian civilian airliners.

Dobrolyot’s plane-leasing agreement with an Irish company was derailed when it was sanctioned for flying to Crimea, which Russia seized from Ukraine in March. The move highlights the vulnerability of Russia’s airlines: 90 percent of places flown by Russian airlines are Boeings and Airbuses leased from the West. Most of the major carriers fly to Crimea.

In response, Deputy Prime Minister Dmitry Rogozin, who oversees the defense industry, has championed the transition to domestic airliner designs. Two weeks ago, Rogozin said the government was considering launching a new airline “to ensure regular air travel to Crimea with a domestic fleet.”

Russia’s government and president have lent their weight. President Vladimir Putin proposed earlier this month to restart production of certain Russian airplane designs to be used by Russian airlines. On Wednesday, the government said it would backstop a $400 million loan to help develop Russia’s next-generation MC-21 airliner.

Local airlines opt for Boeing and Airbus jets because they are safer, more reliable, use less fuel and can be easily leased. The Soviet Union was a plane-making powerhouse, but a long funding drought has left Russia’s civil aviation industry weak.

So what will Russians fly in a hypothetical post-Boeing and Airbus world?

The Moscow Times has examined the options. 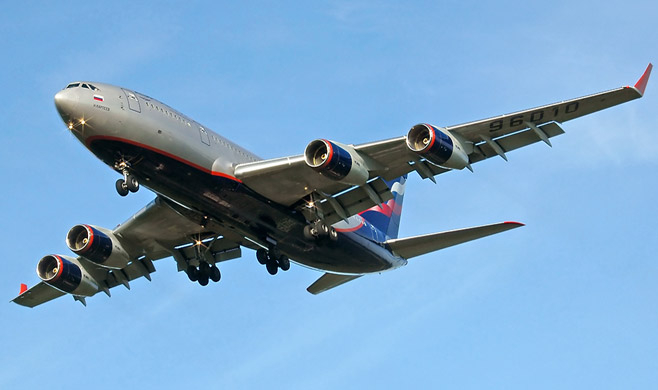 The Il-96 is Russia’s only long-range civilian airliner. It is an advanced upgrade of the Soviet Il-86, the only long-range wide-body airliner developed by the Soviet Union. This would be the only viable domestic replacement for the Boeing 777 and Airbus A330 airliners that fly internationally from Moscow. The Il-96 is currently operated exclusively by a special division of Aeroflot subsidiary Rossiya Airlines for Russian government flights. Aeroflot no longer flies the aircraft, having put their six Il-96 planes sale in April 2014, according to business daily Vedomosti.

Seating Capacity: 240-350 passengers, depending on the model and seat configuration. The Il-96 stacks up well to the Airbus A330, which can typically seat about 250-350 passengers. The Boeing 777, which has several variants with longer bodies, can fit anywhere from 300 to 500 passengers.

Number Produced: Only 29 Il-96 planes have been constructed since its introduction in 1993, while its Boeing and Airbus rivals have rolled out over 1,000 of their respective models. 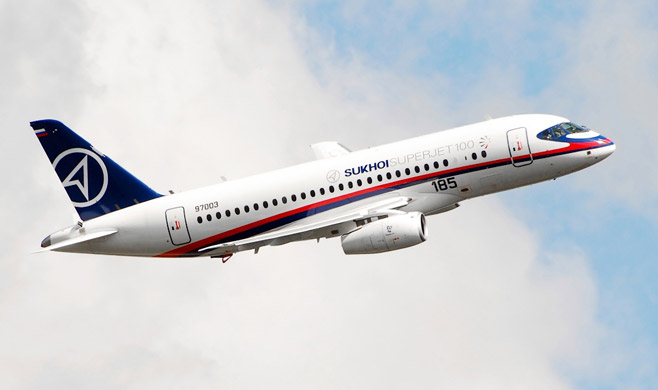 The Superjet 100 is built by Sukhoi Civil Aircraft in collaboration with U.S. and European partners to compete in the medium-haul airliner market. The 110-seat plane entered commercial service in 2011.

Though Russian-built, the Superjet 100 is heavily invested with Western technology. It was developed as part of an international joint-venture between the Sukhoi design bureau and several Western aerospace firms. This makes the Superjet potentially vulnerable to future sanctions. Last week, United Aircraft Corporation, which owns Sukhoi, said it was expanding production of the Superjet, denying that tensions had any impact on supplies of foreign components.

Though sales have been slow, the Superjet has found buyers both inside and outside Russia.

Seating Capacity: 110 passengers. The CS100 seats the same, and the E-Jet series can fit 80-110 passengers depending on the model.

Range: 3,000-5,000 kilometers, depending on the model. The maximum range of a CS100 will be about 5,000 kilometers. The E-Jet has slightly shorter range, capping out around 4,500 kilometers on certain models. 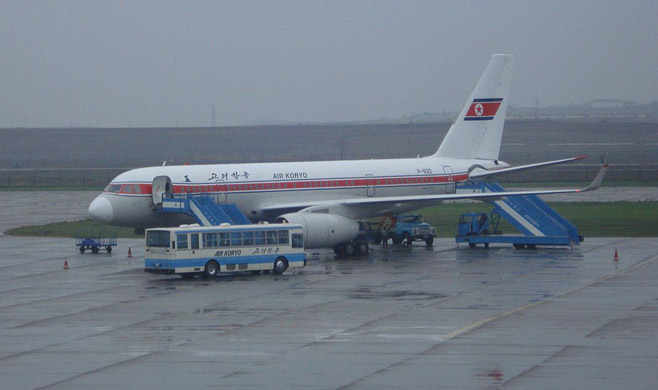 The Tu-204 was commissioned in the late 1980s to match the Boeing 757 regional airliner. Last week Deputy Prime Minister Dmitry Rogozin proposed expanding production of the Tu-204 to be used by Russian airlines and ease their vulnerability to Western sanctions targeting leasing agreements for Airbus planes. It would likely fulfill the role of an Airbus A320 or Boeing 737. 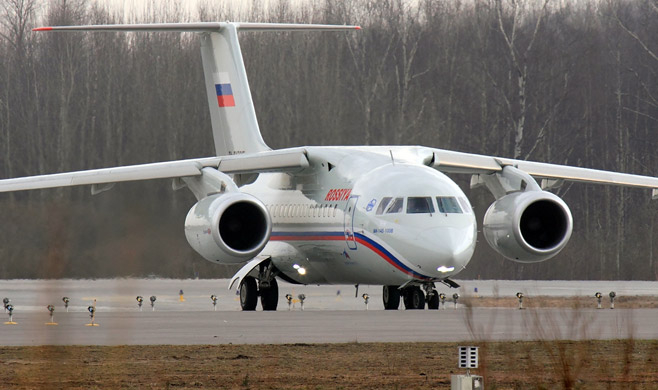 A Ukrainian airplane, the Antonov-148 first flew in 2004 and went into commercial service in 2009. It is primarily operated by Rossiya Airlines and Ukraine International Airlines. Tensions between Ukraine and Russia might mean the An-148 is off the table, but strong ties between Antonov and its Russian counterparts may keep the company in Moscow’s orbit. The plane is another rival to the Superjet, with a similar seating capacity, cost and range. It’s advantage over the Superjet is a mature design.

Seating Capacity: 70-90, depending on the layout. 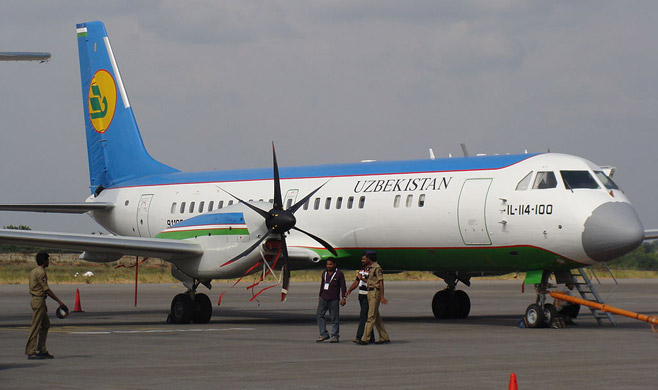 According to President Vladimir Putin, rebooting production of the Il-114 — a small, propeller-driven regional airplane — is a preferred option for shoring up domestic vulnerabilities. The only problem is that the plane has been out of production for two years. Only 20 were ever built, and they are all owned by Uzbek airlines. The plane, although designed by the Ilyushin design bureau, was built in Tashkent. Putin proposed two weeks ago to commission feasibility studies on the possibility of mass-producing the Il-114 at the Aviakor aviation plant in Samara.

The main competitors to the Il-114 are the Bombardier Dash 8 — which costs anywhere from $13 million to $35 million, depending on the model — and related small propeller driven aircraft.

Unit Cost: Out of production, not clear.

Seating Capacity: 64 passengers, while the Bombardier Dash 8 can hold anywhere from 35 to 86 passengers, depending on the model and layout. 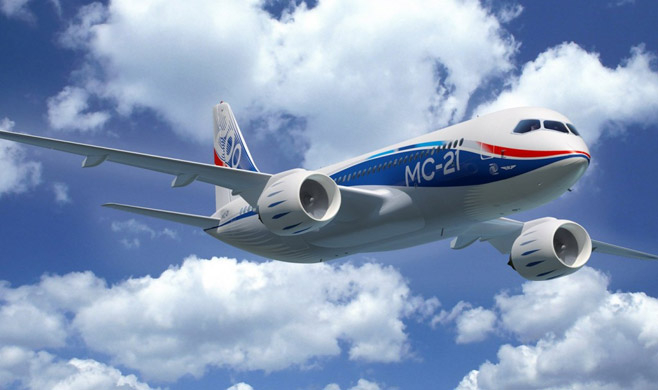 Still on the drawing board, the MC-21 project is supposed to supply Russia’s next-generation series of mid-range commercial airlines. There are three variants of the MC-21 under development, each one with a different body length and passenger capacity. The designation MC-21 means “airliner of the 21st century”

The MC-21 is a twin-engine, medium-range airliner intended to replace the aging Tupolev Tu-154 and Tu-204. It will be a competitor to the massively successful Airbus A320 and Boeing 737 aircraft.

The Russian government on Wednesday backed a $400 million investment from state-lender Sberbank to Irkut for the project’s development.

The first prototype of the MC-21 was initially supposed to fly this year, but the date has been pushed back to 2015. Production models should hit the market by 2017, assuming there are no further delays in the project.

Unit Cost: Estimated around $70 million. In February news agency RIA Novosti reported that $4.6 billion will be spent on its development, which should be completed by 2017. The sum will be split between government and private investment.

Seating Capacity: 130-230 passengers, depending on the model

If the situation returns to full-fledged Cold War, aviation geeks may hope to see a revival of the Soviet answer to the Anglo-French Concorde supersonic airliner, the Tu-144.

Aside from passenger routes, the Tu-144 served other uses. For example, the Soviet space program used the sleek jets to train pilots for their aborted Buran space shuttle program. Later, in the 1990s, NASA purchased one for high-speed aerodynamic research.

But the plane has been out of commercial use for some time, and it is extremely unlikely that anyone would be able to start production.

The government will guarantee loans of up to $400 million to help fund Russia's next-generation civilian airliner, the MC-21, as Russia fights to curb...
possible swap