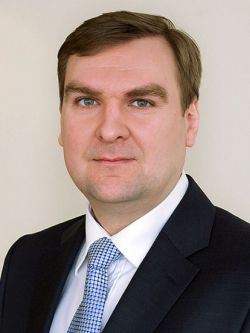 In 2014, the development of the Russian tax system and law enforcement practice relating to tax administration issues will be influenced by several fundamental factors.

First, according to experts, in 2014 the Russian economy will be exposed to increasing stagnation, which will cause a decline in the revenue of the state budget. This will put the tax authorities under pressure. On the one hand, the tax authorities will have to be more creative during tax audits (for instance, raise claims on new grounds, and find additional arguments to support their conclusions). On the other hand, it cannot be ruled out that additional tax will also be charged in situations which were previously resolved in favor of the companies. Either way, the tax audits to be conducted in 2014 are expected to result in substantial amounts of tax being charged additionally and penalties being imposed on companies. These changes are already being observed.

For instance, tax experts fear that the previous practice of tax disputes formed by the Supreme Commercial Court will become impracticable, and that the "reformed" courts will consider the tax disputes in a formal manner in many cases.

These changes are potentially relevant because judicial power has traditionally played a very important role in shaping Russian tax practice. When courts consider tax disputes, they form approaches to implementing the provisions of tax law, fill the gaps in tax law, and develop and implement judicial doctrines to prevent tax evasion.

Considering these two factors, we recommend conducting an "unscheduled" audit to revise the tax policy of companies working in Russia from the most conservative angle. This will help companies to prepare for eventual tax audits and in most cases to mitigate the adverse consequences of these.

Two issues will be especially prone to tax risks in 2014: transfer prices and thin capitalization.

First, upcoming audits should be mentioned.

In 2014, the companies that have reported in their financial statements transfer prices based on the new transfer pricing provisions (effective from 2012) will be audited by the tax authorities. The audits will be conducted in the context of the Federal Tax Service checking these reports and raising questions which many companies will have to answer. Such questions may be connected, primarily, with the fact that similar companies active in the same area have implemented different approaches to transfer pricing. We assume that the tax authorities will choose 1 or 2 companies in each industry and charge, "on an experimental basis", extra tax on them pursuant to the new transfer pricing provisions. The Federal Tax Service will also make considerable efforts to prevent these extra charges from being invalidated by court, since the practice that evolves will serve as a basis for subsequent tax disputes to be considered.

Moreover, the tax authorities will continue to identify overdue debentures of companies, which fall within the scope of the thin capitalization rules. In many cases, the additional tax charged under the thin capitalisation rules is substantial for companies. The judicial practice on the matter is currently unfolding in the tax authorities' favor, even if their conclusions are at odds with the generally accepted approaches of the OECD. The trend for the tax authorities and courts is to treat thin capitalisation rules from a formal perspective which does not take into account the "arm's length" principle. Tax specialists are making considerable efforts to change the judicial practice that is being formed.

Despite the negative forecast for the year 2014, which may be a difficult period for companies, in most cases companies will be able to guard against or mitigate adverse tax implications by engaging highly skilled Russian tax law professionals as well as attorneys specialising in tax disputes.