After years reorienting itself toward counter-terrorism operations and hiring speakers of Urdu and Pashto, MI5, Britain's domestic security and counterespionage agency, is now looking for Russian-speaking intelligence analysts. Meanwhile, a contact of mine suggested that the Russia desks in several European intelligence agencies are hastily expanding, with agents and analysts being transferred in from other sections. Yesterday, they were reading reports on North African politics and scanning the Chinese press. Now they are poring over YouTube footage of Russian armor on exercises near the Ukrainian border.

All of a sudden, as talk of a new Cold War dominates opinion pages all over the world, Western intelligence and security agencies are rushing to regain capacities lost during the 1990s and 2000s. After all, those were the days of the "peace dividend." During this period, Russia seemed at best a partner and at worst an irrelevance. But suddenly, the big, bad specter of al-Qaida and jihadi terrorism seemed the greater menace.

I remember talking to a veteran of the U.S. intelligence community, who had experienced  two purges. First, as a Russia hand, she had seen her section decimated after the Soviet collapse. Having managed to reinvent herself as a specialist in dealing with transnational organized crime — especially the Russian mob — she then saw the best and brightest of her unit summarily transferred to counter-terrorism work after 9/11.

Now, the West is worried about the Russian threat again, and it is painfully aware of the deficiencies in its intelligence capacities in this region.

Paradoxically, Western security agencies themselves have been warning for years of an upsurge in the scale and aggressiveness of Russian espionage operations.

What's more, there has been a steady stream of Russian espionage cases. Some were more Austin Powers than James Bond, such as the cell of Foreign Intelligence Service sleeper agents uncovered in the U.S. in 2010, best known for Anna Chapman. But others were very serious breaches of Western security. Jeffrey Delisle, a Canadian naval officer who offered his services to GRU, Russia's military intelligence, had access to top-secret material from around the world. Herman Simm, a long-time Russian agent, was head of the Estonian Defense Ministry's security department. And there are others in these categories.

Yet for all this, there seems to have been an unwillingness to take the security breaches  seriously. The Chapman case — and how galling it must be for other, more professional members of the cell to have been relegated by posterity into mere extras in her story — was more the grounds for titillation and entertainment than serious consideration. Other incidents tended to be five-day wonders at the most in the media. 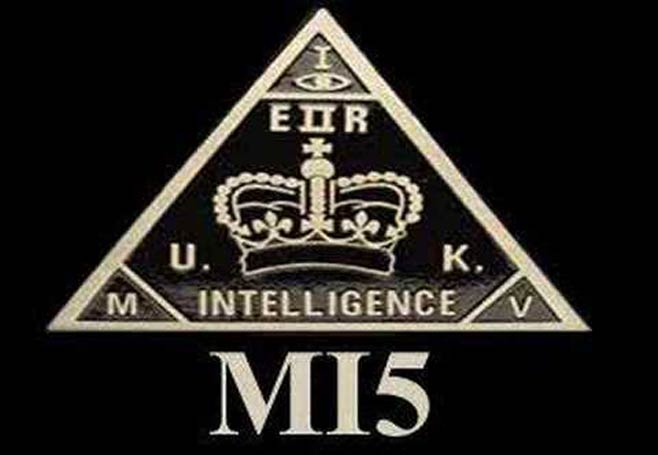 This was not because Western security agencies were not expressing their concerns. Indeed, back in 2010, MI5 issued a statement, saying "the threat from Russian espionage continues to be significant and is similar to the Cold War." Rather, it reflected their political masters' determination to classify Russia as a second-rate, has-been state. The other factor was the Western security agencies' narrow focus on terrorism, as if ragged gangs of religious fanatics dodging drones from cave to cave halfway across the globe represented an existential threat to the Western order.

It has taken the Ukrainian crisis to change attitudes. Last month, I attended the Lennart Meri Conference on Baltic security in Tallinn. There, the mood was tinged with more than a little of the "told you so," especially among representatives from Central Europe. To them, the "western West" had for years been content to underestimate Russian intentions and capacities and to rely on bromides about "partnerships" and "restarts." The West is only now realizing its mistake.

Of course, the West has always spied on Russia and tried to counter its intelligence operations. But there is no escaping the damage done by nearly 25 years of neglect. Rebuilding counterintelligence assets, let alone agent networks on the ground and the analytic capacity at home, cannot be done quickly.

Meanwhile, we must remember that democracies in particular have a tendency to lurch from one over-compensation to another. The West was too quick to write Russia off in the miserable 1990s. Will it now go to the other extreme and consider Russia as an existential enemy in the 2010s? If so, this would clearly exacerbate tensions with Moscow even further. It would also likely mean that the West's spies once again become obsessed with Russian military capacities.

The threat to Europe, though, is not that Russia will send its tanks into the Baltics, Poland or Romania. Even in its current emaciated condition, NATO is capable of delivering a devastating response to any Russian aggression in Europe. Nor is the problem that Russia's unidentified special forces — aka "little green men" — will suddenly crop up in Estonia's Russian-speaking city of Narva or among the Russian tourists in Karlovy Vary.

Rather, the problem is that Russia could try to render the West impotent. First, it could divide Western leaders over the issue of how to best deal with the Russian threat. Germany is perhaps the best example of a country already divided over the "Russian problem." Russia could also infiltrate Western financial institutions through cyberwarfare or dirty money. The question is whether Western security agencies, as they desperately scramble to respond to the new perceived challenge after running down their Cold War capabilities, will simply seek to recreate these again. That would be a mistake. What is needed is not a revival of the old, but the creation of new capabilities to respond to a new era of diffuse, complex asymmetric competition.

Prof. Mark Galeotti is a senior associate fellow at the Royal United Services Institute and an Honorary Professor at the UCL School of Slavonic & East European Studies. He is the author of “We Need To Talk About Putin.”   @MarkGaleotti

Prof. Mark Galeotti is a senior associate fellow at the Royal United Services Institute and an Honorary Professor at the UCL School of Slavonic & East European Studies. He is the author of “We Need To Talk About Putin.”   @MarkGaleotti