Russia and China have blocked a proposal by the U.S. and France to impose UN sanctions on Central African Republic's former President Francois Bozize and two other people linked to the conflict there, diplomats said.

The proposal to sanction Bozize, in particular, was due to his "engaging in or providing support for acts that undermine the peace, stability or security of CAR," according to an eight-page letter to the U.N. Security Council's sanctions committee on Central African Republic.

The sanctioning of Bozize, who was ousted by predominantly Muslim Seleka rebels in March 2013, and two other individuals was to have taken effect on Tuesday, but first Russia and then China raised last-minute objections, diplomats said Wednesday.

It was the first attempt to blacklist anyone linked to the conflict since a United Nations sanctions regime was set up in December.

"The Russians and Chinese have a placed a hold on the proposed designations," a diplomat on the 15-member Security Council told Reuters on condition of anonymity. "We don't know whether it's dead or if their concerns can be dealt with."

If agreement is not reached to lift a hold, it can leave proposed sanctions in limbo indefinitely. The Security Council sanctions committees work on the basis of unanimity.

A spokesman for Beijing's mission in New York said in an email: "We would reaffirm that it is China's principled stance to be opposed to resorting to sanctions. Sanctions are not conducive to the proper settlement of problems."

A Western diplomat, however, said he was optimistic that Russia and China would ultimately be persuaded to back the designations as they have in the cases of Iran and North Korea.

Russia told the sanctions committee in a written explanation of its objections that "the listing of Bozize may lead to negative consequences, which would hardly contribute to the main goal of reaching settlement in the Central African Republic — inter-religious reconciliation." 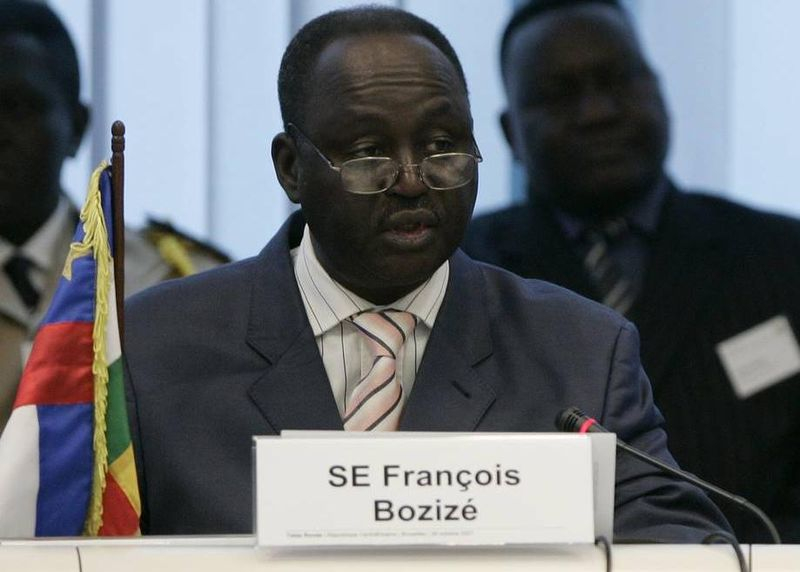 Francois Bozize was ousted from the presidency by rebels in March 2013.

"It remains to be answered why France and the U.S., while proposing to list Francois Bozize, who was unconstitutionally removed from power, overlooked Michel Djotodia, the former transitional president and Seleka leader, who masterminded the forcible takeover of power in March 2013," said the letter.

Envoys see no retaliation for Ukraine


Inter-communal violence has gripped Central African Republic since late 2012 when a battle for power degenerated into fighting between Muslims and Christians that has since forced about 1 million people from their homes.

Almost 200,000 people have fled the impoverished landlocked country since December with a further 160,000 expected to leave this year. The UN has warned that the situation could spiral into genocide.

Virtually all Muslims have fled the capital of Bangui since the Seleka, who seized power in March 2013, were forced to step aside in January. The UN has since reported a "cleansing" of Muslims from the country's west.

The diplomats said they did not think Russia was blocking the proposal in retaliation for U.S. and European support for the Kiev government in Ukraine or for the Western sanctions imposed on Russians linked to Moscow's annexation last month of the Ukrainian region of Crimea.

"We're disappointed, but hopefully we can convince them to withdraw their holds," a Security Council diplomat said.