With all the excitement of the Olympic Games in Sochi, many of you may have forgotten that it is Valentine's Day this Friday. Or maybe you have not forgotten at all and are planning surprises for your loved one, or planning a huge party for your friends, or have a scheduled date with a tub of ice cream and a movie? Whatever you choose, you can rest assured Moscow will help you celebrate. And as always, there are a number of great gigs lined up for this weekend, so let's take a look!

Friday is, of course, Valentine's Day. Most of the capital's live performances will be dedicated to this candy heart holiday, so should you choose to spend the night at a club or concert hall, you will definitely feel the love. I did think, however, that if you have got a special someone, you are going to want to spend the day with them, and not in a club. And if you are single, you are probably slightly allergic to all the heart-shaped craziness happening on Feb. 14 — which is why I'm leaving Friday to you. Do with it what you will.

Saturday, however, is fair game, and there's lots happening in the city. Shanti Club is celebrating its 10th birthday, and they have got a pretty sweet program planned for the night. Danish experimental pop trio WhoMadeWho is scheduled to play a full gig, and they definitely know how to get people dancing. The band, which formed back in 2003, has played alongside genre bending contemporaries Daft Punk, Soulwax, Hot Chip, Justice and LCD Soundsystem. After their tour together, Hot Chip asked to remix their single "TV Friend," and Josh Homme of Queens of the Stone Age has covered "Space to Rent." Expect some exciting electrorock from them, followed by a DJ set from Germany's Marbert Rocel — just be at Shanti at 8 p.m. and have a great time!

16 Tons is hosting DJ K from Canada, who will be transporting Muscovites to the Caribbean with his reggae beats, and the Glastonbury Club is having a punk rock and psychobilly night, courtesy of the Batmobile. No, I am not crazy. No, Batman will not be there. No, this is not a futuristic car concept show, it is a live performance by The Batmobile, a Dutch band that has been around since the 1980s and to this day are one of the best-selling psychobilly acts in the world.

Psychobilly is actually not a nickname, as it turns out, nor is it a diagnosis of some poor soul named William. It is a fusion music genre that mixes together rockabilly and punk rock with a touch of honky tonk thrown in for kicks. So no matter how weird it may sound, you can go check out the Batmobile at the Glastonbury Club on Saturday, Feb. 15 — the show starts at 7 p.m.! 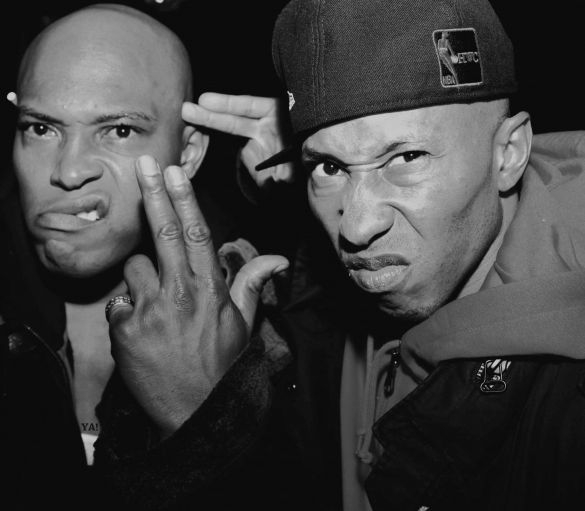 Classic hip-hop act Onyx will visit from all the way in Queens, New York.

But arguably the most anticipated performance of the night will take place at B2, and most of my colleagues here at Moscow FM can barely contain their excitement, because Onyx is in town! They are a hardcore old school hip-hop band from South Jamaica, Queens, and even though their best years are behind them, they still know how to sell out concerts worldwide. Their energy is infectious, they know how to work a crowd and if you love hip-hop, you need to be there.

Onyx have also teased the possibility of a new record this year, so it is very likely they will treat their Moscow fans to a little preview. So if you want a taste of New York, Onyx-style, go check them out this Saturday! The gig starts at 9 p.m. and tickets start at 700 rubles.

And on Sunday, world famous crossover soprano Sarah Brightman will perform at Crocus City Hall. Brightman, who started out in the West End as a musical theater performer, went on to successfully combine classical and pop music, carving out a niche for herself. From her performance in Cats, created by Andrew Lloyd Webber, to her duets with Placido Domingo, Jose Carreras and Andrea Bocelli, Sarah has proven time and time again that she is a musical superstar.

Her most recognized performance, however, was in Phantom of the Opera, where she played and sang lead, and ever since, she has been unstoppable. Another bit of fan trivia: She has performed at a number of Olympic opening ceremonies, including the 1992 Games in Barcelona and the 2008 Games in Beijing. As of 2012, she is training for a space journey to the International Space Station, set for 2015, so go hear her live before she really takes off! The concert starts at 8 p.m.

So there you have it: It's going to be an eventful weekend. Have a good one!