Orthodox Christians marked the baptism of Jesus on Sunday, an occasion that is traditionally marked by stripping to one's skivvies and dipping into incredibly cold water.

The Moscow Times' photographer Igor Tabakov braved minus 20 degrees Celsius temperatures and captured pictures of the holiday at a bathing site in the Strogino neighborhood of northwestern Moscow. Here are some of his favorites. 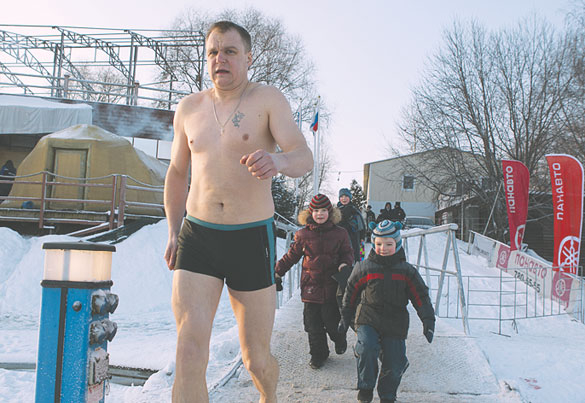 A man is getting ready to dive into a cold water.

According to police data, more than 165,000 Moscow residents celebrated the occasion this year by bathing in freezing water, Lenta.ru reported.

Authorities provided 60 official pools for the holiday, which celebrates Jesus's baptism by John the Baptist in the Jordan River.

Bathers traditionally wear swimsuits and dunk themselves into the freezing water three times, surfacing afterwards each time and making the sign of the cross.

It is recommended that bathers not spend more than a full minute in the water before wrapping themselves in a towel, drying off and warming up with a cup of hot tea, though Emergency Situations Ministry workers stand nearby the sites. 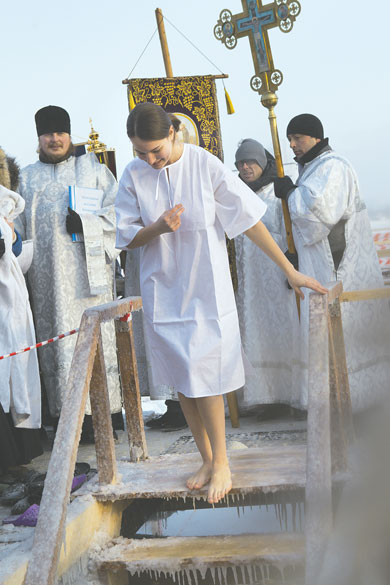 A woman lowering herself down a frozen wooden staircase into icy water in on Sunday morning under an Orthodox cross.

The day's ceremonies began with a blessing on Saturday night at Ploshchad Revolyutsii, as about 100 people gathered around three pools, including one shaped like a cross, RIA Novosti reported.

Police said that religious services for the holiday were held at 125 churches and monasteries in Moscow on Saturday night. 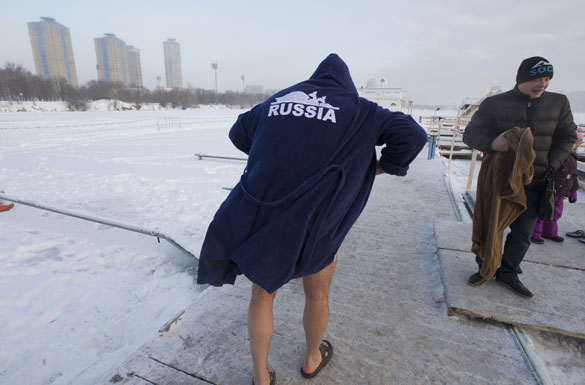