Thursday saw the beginning of the third Moscow Urban Forum. Titled "Megacities: Development Beyond the Center," this year's forum focuses on the city's suburbs and outskirts, particularly the territory that lies between the Moscow Ring Road and the Third Ring Road, where the bulk of the city's inhabitants live.

If you haven't been to Moscow lately, you'd be surprised at how different it is becoming. Here's a look at seven ideas changing the face of the city.

An extract from the report by Gehl Architects. (Institute of Genplan Moscow)

The biggest change has to be the focus paid toward people-oriented planning, an idea that places a stronger emphasis on livability as opposed to other indicators. Danish urban planner Jan Gehl was commissioned by the Moscow city government to analyze how space in the city was being used, and to provide recommendations for its improvement.

The report "Moscow – Towards a great city for people" was presented to the Mayor Sergei Sobyanin and his team to be used to guide future development projects. 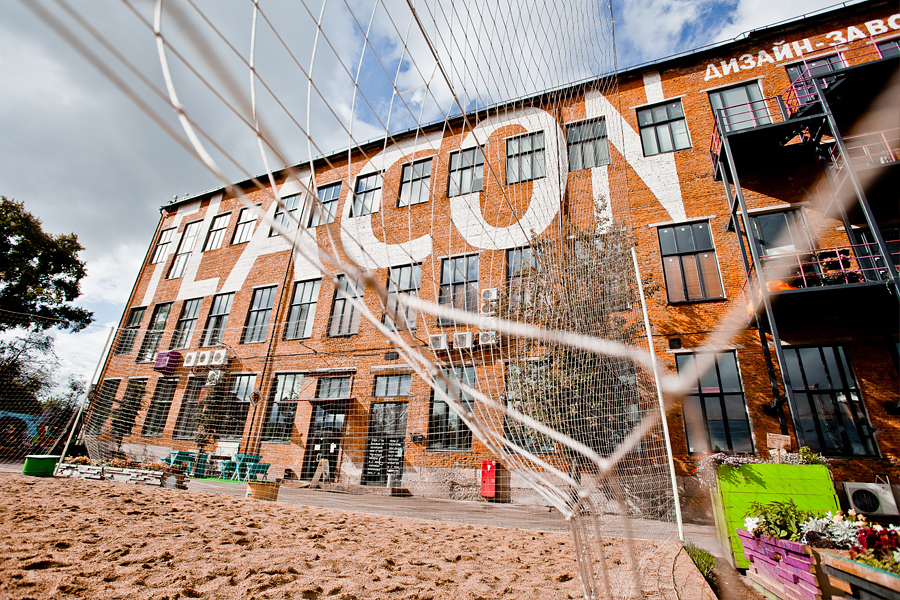 Flacon, a bottling plant turned art cluster, hosts studios, workshops, concerts and even a swimming pool open to the public in summer. (Flacon) 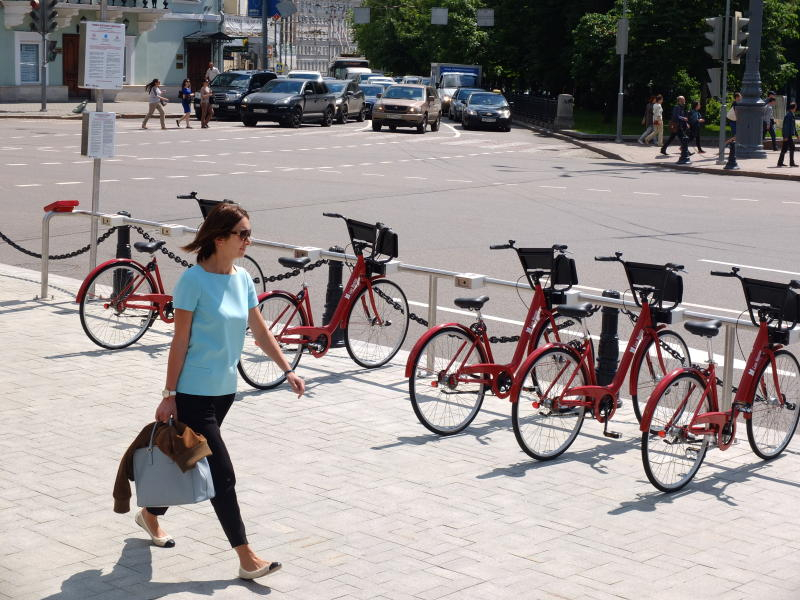 A recently-widened pavement and a bike-docking station in the city center. (Evgeny Razumny / Vedomosti)

The city has given cycling more focus, by constructing bike routes, connecting park areas and introducing a bike-share system that hopes to follow the lead of many European countries in integrating cycling into its public transport networks.

At present, a 50 kilometer network of bike paths and 10,000 underground parking spaces for bikes are planned. This year, bike-share stations became available in the center and southwest of the city during cycling season. 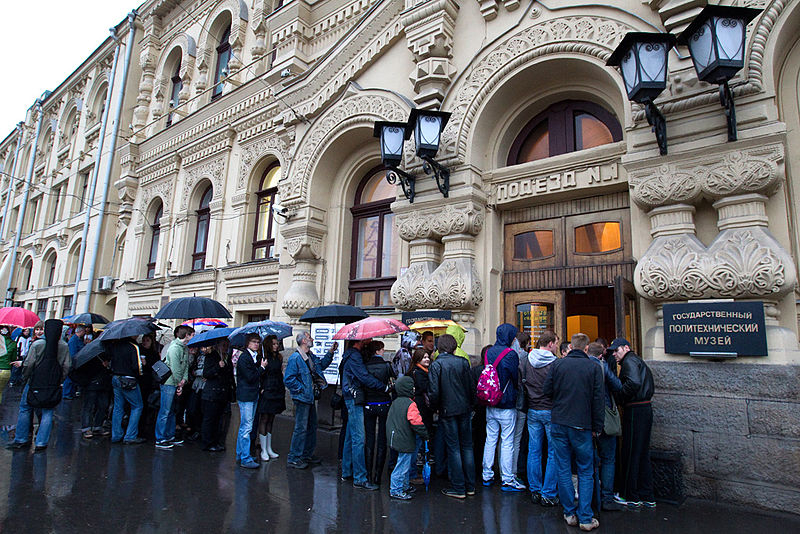 People lining up to enter the State Polytechnical Museum during "Night at the Museums." (Iliya Pitalev / Wikimedia Commons)

The city's culture department has shown its support for more unusual cultural offerings and is trying to make them more accessible to the wider public with initiatives like days when the city's museums opens their doors to the public for free.

Other events like the Museum Night, Night of the Arts, and Theater Night have been successful in bringing together cultural institutions and drawing crowds, with most of their offerings free of charge. Together with a vibrant independent art community, the events make for a packed and interesting cultural calendar. 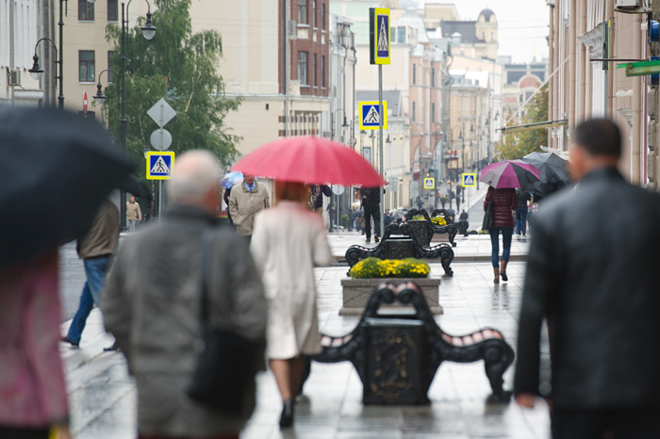 Bolshaya Dmitrovka is just one of many streets being made more pedestrian-friendly, offering benches and reducing the number of parked cars. (Denis Grishkin / Press Service of the Mayor and Moscow Government)

Few people walk on the city’s main streets, which were built primarily for cars. Traffic and indiscriminately parked vehicles on sidewalks discourage people from walking, leaving pedestrians to navigate the city in tunnels and underground pathways and leaving streets devoid of life.

Now, more pedestrian zones are being designated, and main roads are being narrowed, providing more space for people on once-crowded sidewalks. and the introduction of paid parking in the city center has made Moscow's streets a bit more breathable.

6. Focus on Parks and Public Spaces 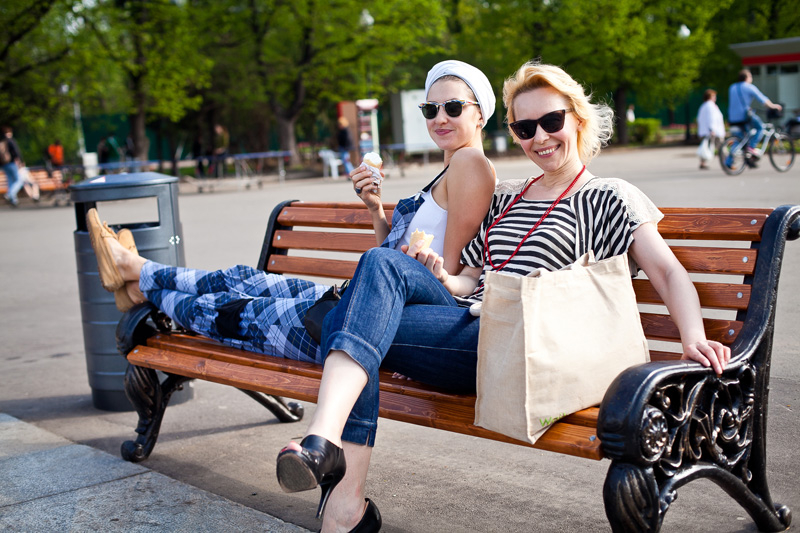 For long-term sustainability, city authorities must look beyond returns per square meter, and its focus on on parks and other public spaces indicates its shift towards this mentality. Gorky Park, a once-derided and forgotten amusement park that became associated with crime and dank cafes underwent a sweeping transformation in recent years and become one of the most lively and well-visited places in Moscow.

The city also recently selected a plan for Zaryadye Park, its first new park in 50 years, located along the Moscow River on a large site next to the Kremlin.

7. Opening up the Embankments 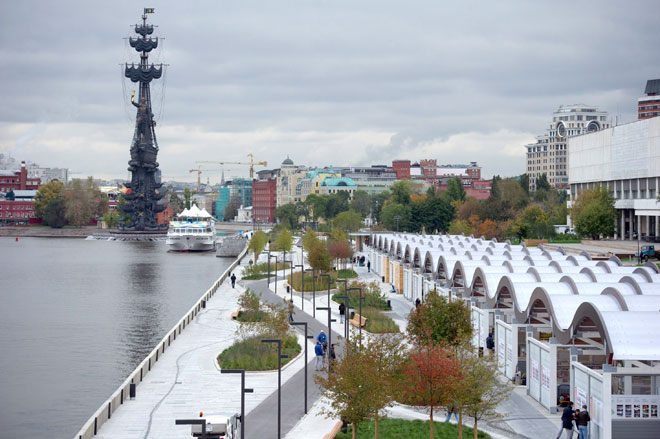 Krymskaya embankment after being closed to traffic. (Yevgeny Samarin / Press Service of the Mayor and Moscow Government)

In Moscow, 93 percent of riverfront space is allocated for cars, and heavy traffic discourages pedestrian and recreation use, according to research done by Gehl Architects, but things are changing.

The Krymskaya embankment near Gorky Park underwent extensive redevelopment in 2013, closing to traffic and turning into an area for recreation. The waterfront near Vorobyovy Gory underwent similar changes.

The Moscow Urban Forum takes place from Dec. 5–7 at Manezh Hall. The Moscow Urban Forum Festival, which is open to the public, includes a series of public events and exhibitions across various locations on Dec. 7. The full schedule and more information can be found at www.fest.mosurbanforum.com.

Russia in Talks With China to Help its Citizens Leave Wuhan

Russian citizens may potentially be evacuated from the center of the outbreak, as the World Health Organization declared the new coronavirus an emergency...

Putin has ordered an investigation into whether the sentencing of Konstantin Kotov was lawful.

Prosecutors had said earlier that the Russians were engaged in espionage but could not be charged due to diplomatic immunity.

Pyongyang has been under UN sanctions since 2006 over its missile and nuclear programs.