The Bolshoi Theater will finally have an element of closure in a longstanding scandal with the conviction of dancer Pavel Dmitrichenko and two co-conspirators in the acid attack on artistic director Sergei Filin in January (see front page for details).

However, the departure of Vassilly Sinaisky, the head conductor of the Bolshoi Theater, adds another chapter to a long list of leading personnel that the theater has lost in the past year. Sinaisky's resignation was announced Monday by Bolshoi director Vladimir Urin.

"On Dec. 2, Sinaisky submitted a letter of resignation through the human resources department. After conversations with him, I decided to fulfill his request. As of Dec. 3, 2013, Vasily Serafimovich Sinaisky will no longer work at the Bolshoi Theater," Urin said, RIA Novosti reported.

"I think Sinaisky's departure is a serious problem for the Bolshoi Theater," said RIA Novosti culture editor Dmitry Khitarov, "The season is at its peak, an important premiere is expected in two weeks … It is even more a pity that this had to happen now, when after a difficult, frantic year, the situation at the theater seemed to be stabilizing." 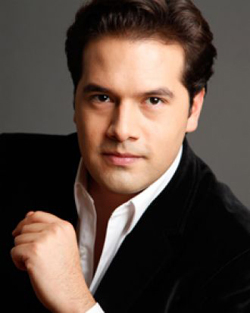 Sinaisky's resignation continues a series of prominent departures that began with the resignation of star dancer Nikolai Tsiskaridze in July following a conflict with Anatoly Iksanov, then director of the Bolshoi. Iksanov himself was fired only days later and replaced by Vladimir Urin, who removed prominent Bolshoi staff members such as planning director Mikhail Fikhtengolts, who left the theater in late August.

Tsiskaridze has since gained attention following his appointment as head of the Vaganova Ballet Academy in St. Petersburg, a move that prompted outcry by St. Petersburg's cultural elite at the imposition of a perceived outsider in the tradition-bound institution.

So far Tsiskaridze has managed to fight off the critics and maintain his position at the academy, though the Ministry of Culture later retracted the appointment of ballerina Ulyana Lopatkina as the academy's artistic director. In the last few days, Tsiskaridze has made headlines by inviting well-known choreographer Boris Eifman to teach at the Vaganova, though it remains unknown whether Eifman has accepted the offer.

While Sinaisky has kept himself above the ongoing scandals surrounding mismanagement and corruption at the theater, he was known to work closely with Fikhtengolts, who many staff members say was effectively the director of the Bolshoi's opera troupe. Sinaisky's departure seems to have taken the Bolshoi management completely by surprise.

"Vasily Serafimovich's decision to resign was totally unexpected by the theater management," Bolshoi Theater press secretary Katerina Novikova told Izvestia. "Even more so as it happened less than two weeks before the premiere of Don Carlos."

It now remains unclear who will lead the orchestra at the premiere on Dec. 19, though opera troupe director Makvala Kasrashvili suggested that visiting conductor Roberto Trevino would be given the responsibility. Trevino is also an associate conductor at the Cincinnati Symphony Orchestra and has previously conducted a number of international orchestras, yet is relatively inexperienced compared to Sinaisky and has worked little with the Bolshoi Orchestra.

Regardless of who conducts the premiere, the Bolshoi will have to find a new leading conductor, no easy prospect as many Russian conductors have gone overseas. Rumors have already begun circulating as to possible candidates, with Izvestia reporting that Vladimir Yurovsky and Tugan Sokhiev have already turned down offers. Some observers have predicted attempts to attract prominent Perm conductor Teodor Currentzis to Moscow, despite his previous vows to turn the provincial town into a cultural capital.

One thing that is clear now is that the intrigue at Russia's most famous theater is far from over, and the coming year will undoubtedly bring new and shocking developments in the venerable institution.