Like most fans of Ukrainian writer Andrei Kurkov, I have been waiting for a long time. Waiting, in vain, for him to match the brilliance of his first novel, the blackly hilarious "Death and the Penguin." Alas, with the publication of "The Gardener from Ochakov," it seems that I and the rest of Kurkov's loyal fan base are destined to wait a bit longer.

Kurkov has acquired something of a cult following throughout Europe, though he is relatively unknown in Russia. The road to fame was not an easy one — born in Leningrad in 1961, he later worked as a prison guard in Odessa. In the weeks preceding the collapse of the Soviet Union, Kurkov borrowed money from his friends to publish his first novel and later sold copies from a street stall.

He has certainly come a long way since then. He has written 13 novels since the wildly successful Penguin thrilled fans in 2001. Since then, he has offered up a staple diet of reluctant but quirky heroes struggling to make sense of life of the bewildering and often bizarre realities of life in modern Ukraine. Pet penguins, shady mafia figures and time travel are all included — nothing is too far-fetched. Anything can happen — we can only deal with life in the best way we can, and humor certainly helps.

Bizarrely, life has imitated art in Kurkov's case. His comedic political satire, "The President's Last Love," mocking well-known politicians, made several remarkable "predictions" about the future. Though published in 2004, part of the story is set in the future of 2013, when Putin has returned for a third term as president. The book was published shortly before the Orange Revolution in Ukraine and features an attempt to poison the Ukrainian president, a strange premonition of the poisoning of Viktor Yushchenko later that year. The point Kurkov seems to be constantly trying to make was proven — life in Ukraine is never dull. 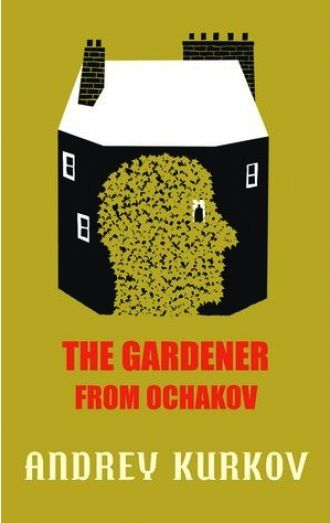 The newest novel of Andrey Kurkov.

His latest offering, "The Gardener from Ochakov" is standard Kurkov fare — a meandering journey through the realities of life in post-Soviet Ukraine with a good dose of Soviet nostalgia thrown in for good measure. It features the usual reluctant hero, Igor, living with his mother in a small town outside Kiev, spending most of his time mooching around and consuming the inevitable vast amounts of vodka and sausage. The reader senses the boredom and sense of futility of post-Soviet life and a subtle longing to return to "the good old days," which he soon does.

Kurkov never lets his male heroes relax for long. Before you can say "Hey, I was eating that sausage!" poor Igor is thrown into a bizarre and discomfiting situation. Ripped from the suffocating protection of his long-suffering mother, Igor starts spending time with the new gardener, Stepan, who has appeared rather inexplicably. Stepan tells Igor about his bizarre life, and together they travel to the town of Ochakov to find out more about Stepan's shady father.

While Stepan comes into rather a lot of money on this trip, he leaves Igor rather disappointed by thanking him for his help with an old Soviet policeman's uniform complete with old boots and pockets stuffed full of Soviet banknotes that they found while searching for clues about Stepan's father in Ochakov.

Igor resigns himself to returning to his old life until one night he is invited to a "retro" party in Kiev. He decides to wear the Soviet uniform, but while he is walking to the bus stop, something very strange happens. He is suddenly transported back to Ochakov, but the year is 1957. Everything in 1957 is strange to Igor, but we also get the impression that life is more exciting — more vivid and colorful. He quickly gets entangled in the usual Kurkov web of shady gangsters and small-time criminals and falls in love with a beautiful, and married, redhead. But Kurkov's female characters are usually only the supporting cast to the reluctant male hero and are unimaginatively developed, playing either the long-suffering mother making endless amounts of buckwheat or the unattainable love interest.

Igor quickly gets himself into trouble and is almost killed by one of the gangsters. As much as he enjoys the "simpler" life of 1957, he realizes that he must forget about his redhead and hurry back to his own time to save his own bacon. Back in the present, things have been neatly coming together, ensuring that Igor will not be able to return to his own predictably depressing life. Stepan's daughter Alonya is fetched from Lviv to provide a slightly less alluring, but still acceptable, love interest for Igor. Stepan proposes to Igor's mother and it seems certain that they will all live in sausage and vodka heaven forever.

But Kurkov must throw in one final bizarre and unexpected twist before we get too comfortable in the dawning era of domestic bliss. Igor's friend Kolyan has gotten himself into a spot of bother with more of the inevitable mafia types in Kiev. His life is in danger. Igor suggests that he hide out in 1957. Kolyan, while disbelieving at first, agrees. It is then that Kurkov reveals his final plot twist, which frankly, left this reader a little cold.

"The Gardener from Ochakov" is a pleasant distraction but does nothing to hold the attention of the reader. It increasingly seems that once you have read one Kurkov book, you have read them all. The themes and characters are becoming somewhat predictable. If you are looking for a light-hearted black comedy about life in post-Soviet Ukraine, this will scratch your itch. I, for one, will continue to read Kurkov's output in the hope that one day he will match the glorious comedy of his first novel. I may have to wait a while.

March 8 at the Hyatt Regency

The Hyatt Regency in Petrovsky Park offers two ways to help you celebrate the women you love.
Through the lens

The story of the changes to "Sleeping Beauty" are almost as interesting as the ballet itself.