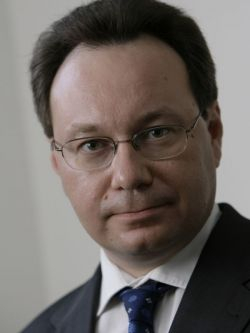 Igor Romanov
Member of the Board of Directors AZIMUT Hotels

We would like to outline the main trends and tendencies of the past 18 months, as well as our views and expectations for the next 12-18 months:

In general, both in 2012 and in 2013 we have been observing continuing growth both in demand and supply in most of the key Russian cities. In 2012 the Russian hotel market recorded an impressive increase of 10 percent in the number of bed-nights over the previous year. Expectedly, Moscow's hotel market was one of the biggest beneficiaries of the demand growth. Saint Petersburg continued to surprise in a positive way, recording over 6 million tourist arrivals in 2012. A few of the major cities where oversupply was feared (Kazan, Yekaterinburg) showed another year of strong and consistent demand growth in 2012, thus proving the point that the development of good quality hotels in the region would contribute to the overall improvement of appeal of those regions.

On the supply side, hotel inventory in Russia continued to increase by 10-15,000 rooms annually. However, this growth was quite uneven from region to region. For example, in 2012 we clearly observed a marked slowdown in new supply both in Moscow and St. Petersburg (vs. historic annualized averages). However, this trend in Moscow will be overtaken by significant entry of new supply over the next 12-18 months. Similar trends are observed in a whole range of regional markets, where rapid increase of new hotel supply in 2013-2014 reflects active business development efforts of major hotel chains over the past years, coupled with improvement of macro-economic environment in the past few years. The continuing growth of rooms inventory in 2012 and the first half of 2013 was due to both development activity in traditional hotel formats, as well as high activity in development of new formats (apart-hotels, mini-hotels and hostels, first capsule hotels, etc.).

The significance of regional hotel markets, both in natural and in money terms, continues to become more and more obvious to a large number of market participants. For example, Moscow and St. Petersburg accounted for 35 percent of all overnight stays in the Russian hotel market in 2004, but only 27 percent in 2012.

Foreign brands are becoming more and more active in the Russian hotel market, operating 105 hotels with 26,500 rooms as of September 2013, which translates into a penetration rate of nearly 9 percent. Room inventory under foreign brands expanded by 1,500 rooms only over the past 12 months. However, these growth rates will further increase much more rapidly in the coming 2-3 years, especially in the mid-market and budget/economy segments. On completion of the current project pipeline, the total inventory under foreign hotel brands will grow by a further 13,500 keys.

Russian domestic hotel chains currently control about 43,000 hotel rooms and have no intention of giving up the home territory to foreign players. AZIMUT Hotels is one of the most active domestic players. AZIMUT stands out from the overall picture with its focus on introduction of new technologies, modern IT-platforms, fresh design and concentration on key cities in its business development strategy.

In the wake of the 2009 financial crisis, many owners and developers were considering converting office space to another use, primarily hotels. In 2012-13 we are observing a contrary trend where hotels are converted to another function (e.g. apartments, as in many projects in Moscow City, or former hotels in St. Petersburg). Also, residential projects are more and more often disguised as hotel projects, especially in Moscow, St. Petersburg, Nizhny Novgorod and a few other of the biggest cities).