Russian investigators say they are considering fresh charges against Greenpeace activists who were detained last month for an Arctic protest.

The 29 Greenpeace activists and a freelance Russian journalist have been charged with piracy after their September protest at an oil platform. The charge carries a sentence of up to 15 years.

Vladimir Markin, spokesman for the Investigative Committee, said Wednesday that "dual-use equipment" and drugs were found on the Greenpeace ship, Arctic Sunrise.

Markin said the committee was expecting to charge several activists with more "grave crimes" once they had established their role in the protest. He said that investigators were trying to identify the people whose inflated boats were standing in the way of Russian coast guards, thus "threatening the life and safety of an official," a grave offense in Russia.

The head of Greenpeace International has written to President Vladimir Putin requesting a meeting in Moscow, offering himself as human bail for the detainees.

Kumi Naidoo of the Amsterdam-based organization delivered the letter to the Russian embassy in The Hague on Wednesday. He said he would guarantee the activists' good conduct but said that piracy charges did not make sense and should be dropped. 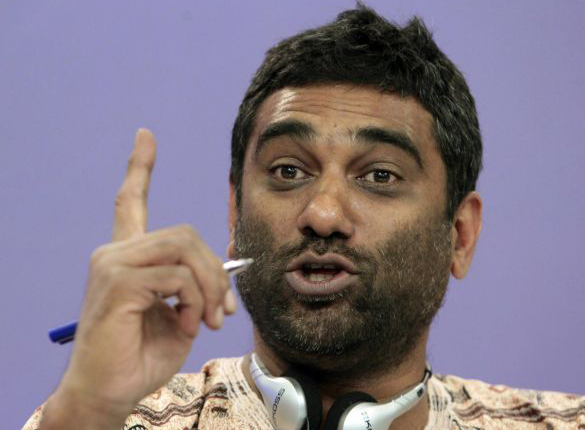 "I do not expect to share their fate, but it is a risk I am willing to take," he said, adding that the "actions of peaceful protesters" could not be considered piracy.

"You … know that in being accused of piracy they are charged with a crime that did not happen," he told Putin in the letter.

The Netherlands launched legal proceedings against Russia on Friday, saying it had unlawfully detained the activists and others on the Dutch-registered icebreaker Arctic Sunrise. Russia has maintained that the arrest was lawful, as the activists were allegedly in Russia's special economic zone.

A group of 28 Greenpeace activists and two journalists have been held since their ship, the Arctic Sunrise was seized by the Russian coast guard after a protest the outside a Gazprom-owned oil rig Sept. 18.