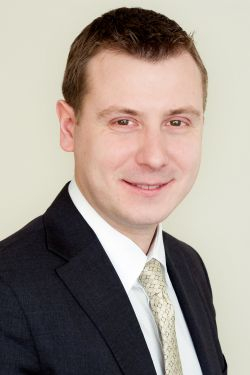 In the last year, several amendments have been made to Russian corporate law. Most of these amendments aim to promote a favorable business environment for both foreign and Russian companies and investors, ultimately boosting Russia's economic growth.

Certain procedural changes have been made with regard to holding general shareholders' meetings, courtesy of Regulations No. 12-6/pz-n of the Russian Federal Service for Financial Markets dated Feb. 2, 2012. In particular, it specifies who may and may not take part in a meeting, extends the list of information to be included in the Minutes and sets out rules for counting votes and determining a quorum. The most substantial amendments affect the procedure for electing a company's management bodies and audit committee, rules for determining a quorum and for counting votes in relation to shares that are in circulation outside Russia in the form of depositary securities. The meeting is to be held in the same city as the company's registered address unless the company's charter specifies otherwise. The changes came into effect on Feb. 28, 2013.

Licensing procedures and regulations have been simplified. The new Federal Law No. 99-FZ "On Licensing Specific Types of Activity" dated May 4, 2011 drops the licensing requirement for various types of activity. If no licence is needed for an activity, a company that starts to carry out that activity generally has to give notice of the fact.

A new Unified Federal Register of the Activities of Legal Entities has been introduced by Article 7.1 of the Federal Law "On the State Registration of Legal Entities and Sole Entrepreneurs." This article came into effect on Jan. 1, 2013. The article provides for compulsory and voluntary disclosure regimes for certain types of information and also specifies who is responsible for disclosing it (i.e. the tax authorities or the legal entity itself). The most significant obligation imposed on joint-stock companies and limited liability companies in terms of disclosure is a requirement to disclose records concerning their net asset value in certain cases prescribed by law.

There is a plan to streamline the procedure for registering companies. To this end, the Russian Government has adopted its Resolution No. 317-r dated March 7, 2013 "On Optimizing the Procedures for Registering Legal Entities and Sole Entrepreneurs in Russia." A schedule of measures and steps is specified with the aim of reducing the time and costs for an applicant during incorporation, of developing cooperation between state authorities, and of making electronic document management more widespread.

The senior court in Russia's commercial court system has ruled that an intra-group transfer of assets free of charge will no longer be treated as a gift (see the ruling dated Dec. 4, 2012 in case No. 8989/12). The court held that the restriction on gifts between commercial legal entities is no longer to apply to such transactions. For a transaction to be regarded as a gift, there must be a direct implication that this is the donor's intention. Thus, a transfer free of charge is not the only characteristic of a gift agreement. Thus, assets may now be transferred for the purpose of being redistributed within a group of companies in pursuance of the group's common economic objectives.

However, the most significant change in Russian corporate legislation is taking place in the context of corporate reform. Russia has already made some amendments to its Russian Civil Code and is considering further changes in relation to issues such as new legal entities, changing management and operating rules, further recognition of shareholders agreements, the principle of good faith, passing resolutions, and challenging procedures among others.

The work to reform the Russian Civil Code is still ongoing. The next set of amendments, which come into force on Sept. 1, 2013, concerns transactions. Further amendments relating to creation, liquidation, bankruptcy, and affiliation of legal entities are still before the Russian parliament.