Bike riding has launched with an unprecedented enthusiasm in Moscow over the past few years. A vintage bike ride in Sokolniki Park that became a landmark event at the beginning of June, was accompanied by the start of a "Boris Bike" scheme — so called because of the Mayor of London's bike-renting system — in the same week.

One event taking place on the night of June 20 seeks to combine a passion for cycling with an equal passion for poetry, architecture and music, all while managing to avoid the Moscow traffic.

Velonotte, a midnight bicycle tour, is the brainchild of MosKultProg's founder, Dr. Sergei Nikitin, who is seeing the event into its seventh year in Moscow, after incredible successes in both London and Istanbul. 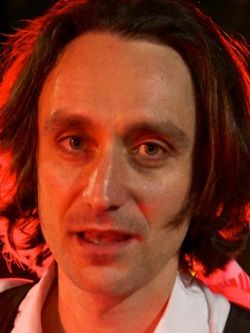 Hundreds of people will mount bikes to spend five and a half hours of darkness on July 20-21 touring interesting sites around the capital, all while listening to a series of broadcasts.

Nikitin wants to induce a "sequence of images" in the mind of the participant. "Each story is different — we are giving nine lectures by historians, architects, music critics, archeologists, and even psychiatrists," he said.

The lectures will not only be broadcast over the headsets of Velonotte's participants, but nationwide. In London last month, local station Resonance 104.4FM provided the service for the Victorian-themed evening.

In Russia, the broadcaster will be Mayak. "It will be aired in 80 cities of Russia," Nikitin said. "All the biggest cities."

While the Mayak broadcast will not be in English, local English-language radio station Moscow FM (105.2) is likely  to be providing a translation of the lectures for foreigners. Failing that, helpful audience members have always been eager to translate for the linguistically disorientated at previous events.

The theme of this year's event is the futurist poet Mayakovsky and his works.

"We will be reading poems of Mayakovsky on the live broadcast and … some read by Mayakovsky himself, from the archive," said Nikitin. However, he emphasized that the theme would not be all-encompassing, and none of the lectures were directly related to the literary genius.

"We are not tomb raider," he said, adding that Mayakovsky himself would disapprove of any "traditional, banal" style of tour centered around his works and affiliated landmarks.

Two of the lectures have musical slants, with one being Nikitin's own personal favorite place, describing "a stop at Chertanova … one of the great achievements of Brezhnev-era modern architecture."

"It's there that one of the greatest Russian rock musicians, Mike Naumenko, played … the first big concert," he said. Naumenko was famous for forming Zoopark following the landmark gig and recording with the famous band  Akvarium.

"Before this performance, he never played big gigs — only apartment concerts," said Nikitin. "He immediately became a star of rock and roll."

The venue, "Krasny Ugolok" (red corner) in the central Severnoye Chertanovo area, had just been a small community-type center — a place for collectives to gather or read. There was often a political subtext to events based at the "corners."

A second music-related venue to be explored on the evening salutes Moscow's jazz heritage. The ride will take participants to the old jazz school "Moskvorechiye," which later became Moscow College of Improvised Music.

"In 1973 they formed there an amateur jazz … site," said Nikitin. It was widely known as "MiFi." "In the 60s, jazz was bad … it was an underground thing," he said, describing how the center developed into a place offering tuition as well as performances. "A lot of jazz players in Russia came from this hall," he said.

Further musical performances will take place at Cafe Mayak over the course of the night, with relevant music being played to listeners. "We are trying to bring tunes back to where they came from … we believe in the genius of place," Nikitin affirmed.

The number of venues and lectures stands at nine because he believes any more would not be feasible. The evenings go at a leisurely pace. "We are not going to rush. We will finish with a picnic/tea party at Kolomenskaya," he said. "The route is actually the same length as last year — 26 kilometers — but it's more hilly."

Nikitin himself developed the idea after receiving a bike as a present from his friends shortly after returning from Italy. He was gripped. "You can go anywhere!" he exclaimed with enthusiasm. "You can ride towards the dawn, you can go to the forest." One of his first excursions on his gift was to a garden ring area at 4 a.m., describing it as  "empty … truly amazing."

Two of his primary interests quickly fused themselves together. Having been doing walking tours in Moscow and similar noncommercial cultural initiatives through the organization MosKultProg, he persisted in ensuring the introduction of bicycles.

The event itself is free and survives on donations from its supporters in exchange for gifts. "People can donate something through a crowd-funding source and get a free excursion with one of us," he said, also mentioning partners in the venture. "In London we had it from both sides." The Royal Borough of Kensington and Chelsea got involved as well as Moscow-based Garage Center for Contemporary Culture.

Nikitin hopes to return to London in 2014 with a theme based loosely around music lectures in the city. "Venues, homes of musicians … there's a huge selection of places," he mulled.

Velonotte 2013 will be held July 20-21. For more information and registration, visit velonotte.com. To check for an English translation online, visit mosfm.com, and to rent a bicycle for the occasion visit clubtitan.ru/ti_lease.