Canadian Jesse Buck travels the world in a purple disguise, and spends no less then one hour and ten minutes make-up before presenting himself to the public every day. But he's not one of your worst batman-related nightmares brought to life — he's a different kind of joker, and his main goal is pure laughter.

Buck joined the cast of Cirque du Soleil's "AlegrТa" in 2009, playing the role of the "Tall Clown" in a pair with Aaron de Casmaker, who plays his miniature counterpart "Small Clown." Buck and De Casmaker have been "clowning around" together for 10 to 12 years under the names of Glom and Sopwith.

AlegrТa, which means 'joy' or 'jubilation,' was created for Cirque's ten year anniversary in 1994, and is one of the traveling spectacle's largest successes, with 55 artists from 15 different countries. It tumbles elegantly into Moscow on June 5.

All Cirque du Soleil productions offer an alliance for actors and performers of different (acrobatic) disciplines, and bind them together with a storyline, molding them into one coherent show.

Buck stresses heavily the task of the performer, which is to entertain the audience: "If you are trying to make your audience uncomfortable, then you are there for yourself," Buck said.

The duo express a philosophical, yet practical approach to the clown profession. "A clown, to me, is just a beautiful idiot. They want to run up on the stage and make their audience laugh, by all means," he said.

The Acrobats are true sportsmen, who often have been training from six years old, as opposed to the theatrical cast, whose occupation is less "muscle focused." This has some consequences backstage. 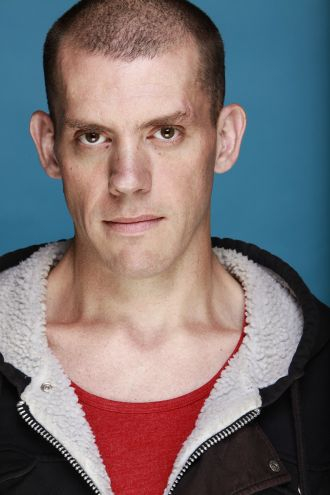 For any touring artist, it can be hard to continuously switch location. Global clowning is no exception to this.

Fortunately, Cirque saves a seat for the spouses. "There are a few husbands and wives that have been traveling along for quite a lot of time," Buck revealed. Children often only visit for short periods.

The clown himself is not saved from this sorrow. "I have a wife and son, and they have been on the road with me quite a bit. It's hard to be away from your family for so long. My little guy is a toughie, he is only two and a half now and he's been to 17 countries."

Buck works on a rotating contract, working only six months per year. When he gets home, in Ottawa, he temporarily needs another job, since professional clowning is only at home in the circus.

The last time, he went back to working in a restaurant, which can, at times, be estranging. "There are definitely moments you ask yourself: What am I doing here? Last month I was in Serbia, performing to four thousand people, and now I am cooking pasta!"

It's all necessary to be part of a "Cirque du Soleil" hit show.

He has kept his favorite part of the AlegrТa production firmly under wraps. "Hmm … hip-hop. That will be a clue. You'll get it when you see it. And the Russian-bar act is absolutely out of this world."

Shows that are performing under the banner of "Cirque du Soleil," often stand on their own and are not related to each other in terms of content or actors. The clowns of Cirque's bright 'Kooza' show will be arriving in September.

This April, "Kooza" clowns announced "extreme clowning," and that that they were going to keep expanding "until they got complaints."

Looking for this boundary is not something that clown Buck likes to do.

"When I was younger, in my rock 'n' roll days, I pushed the audience a lot more," Buck said. "But now I find that self-indulgent."

AlegrТa is playing in Moscow from June 5 to June 16. For more information and tickets, visit: cirquedusoleil.com/en/shows/alegria