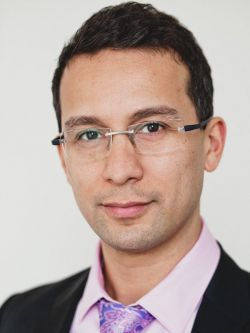 When monitoring done by the Education and Science Ministry deemed two dozen Russian universities “ineffective,” it sent shockwaves through the country.

A recent report by international recruiting group Hays, “The Hays global skills index 2012,” sends a similar message: Russia’s education system has fundamental problems, which create obstacles for the country’s workforce for years ahead.

“It is no secret that the education system in Russia is quite academic, but it lacks practical skills. There is a thoughtful adjustment needed between the practical skills that employers require from yesterday`s graduates and the skill set the latter get in the course of their education,” said Alexey Shteingardt, the managing director of Hays Russia office.

Education, labor market flexibility and participation, talent mismatch and job wage pressure are among the key factors discussed in the company report “Global skills index,” conducted by Hays in 2012.

The document, which Hays produced together with Oxford Economics, an analytic arm of Oxford University, analyzed labor market problems in 27 world countries in five regions of the world, with each receiving a score from 0 to 10.

According to the report, a score of 5 indicates a stable and balanced market. A higher score indicates skills shortages, while a lower one reveals that skilled workers are struggling to find a relevant job.

“There are a lot of issues in the world that don’t make sense. There is a lot of work and there are a lot of skill shortages in many developed economies. Our idea behind the report was to understand the labor market a bit better and take the lead globally by producing a benchmark,” said Mark Brunning, regional managing director at Hays.

Russia scored 5.7 in the Hays report, and while the country’s overall economic performance is not bad, problems connected to the education and labor market might arise in the future if the government does not take certain steps to deal with the situation:

“The economy is performing robustly, skill shortages will persist unless reforms are made to improve the education system, lessen red tape and inject more competition in the labor market,” the report said.

“Russia has fantastic education in terms of mathematics, literature and science. But the biggest challenge is aligning the education system with the current and future needs of the economy,” Brunning of the Hays office said.

The problems in adjusting the educational system to suit market needs is a big challenge for the country; there are a lot of graduates who are unable to find a job based on their skills.

Scoring 7.4 points in education, Russia is not alone with its problem, facing the same difficulties as Sweden and Hungary, for example, which received similar scores. That leaves those countries far behind Asian economies like Singapore, China and Hong Kong, which quickly adjusted their education to fit market needs.

The problems with education meeting market needs are closely connected with the inflexible labor market, the Hays report said. Hong Kong and Singapore are again ahead of their European competitors in terms of market flexibility, leaving behind Russia, which is in the same position as countries like Mexico, France and its powerful northern neighbor China.

The problems with inflexibility of the labor markets concern all of the BRIC countries, which stands for Brazil, Russia, India and China. “ … Emerging economies that have seen strong growth in the recent past are least equipped to cope with the growth that may bring,” the report said.

Ironically, overall Brazil scored the same 5.7 as Russia, and Hays experts find some parallels between the country of cold winters and the land of palms and sand beaches: “The countries are similar in terms of inflexible labor market legislation. The local language also makes it difficult to attract professionals from overseas who are needed by both countries due to existing skill shortages,” said Alexey Shteingardt.

One of Russia’s biggest challenges is the demographic situation. The declining population of 1 million people per year might create a heavy burden for the economy in the future, as it would be hard to find new skilled workers, Hays experts said.

Sadly, Russia is facing a trend of losing around 17 million members of the working age population by 2030, which will undermine economic growth possibilities.

The United States, the country often and still the most favorite Russian example to compare itself to, faces similar problems with its skilled workforce without having the problems of demography. And it is certainly an example to learn from, Mark Brunning from the Hays office said.

He said that while the U.S. has outsourced a lot of low-quality work to other countries, it now suffers from talent mismatch: “They have a vivid skill shortage and people are unemployed because they were not re-trained fast enough to support the needs in such industries as telecoms, engineering and life sciences.”

For now, the situation with skilled workers in BRIC economies is still stable, according to Hays report: “The instinctive expectation that faster growth leads to a greater skills shortage is misplaced,” said the report, which mentions that the overall score of all BRIC economies is 5.3, matching the 5.2 of G7 countries.

Hays experts also see positive trends as Russia was able to achieve a moderate score in wage pressures in high-skill industries alongside countries like Japan and France.

In contrast, countries like Hungary, Mexico and New Zealand occupy the highest places in the charter of wage pressures in high-skill industries.

“We do believe that this is one of the factors that positively influences the overall score. Despite the fact that we do have overheated demand in certain areas, generally the wage pressure in industry and in service sectors is not as high as in some other economies,” said Alexey Shteingardt.

“The situation with salary inflation has improved over the past few years. Employers have realized that partially they were to blame for the overheated salary market. Industry competition in terms attracting talent based exclusively around material benefits has declined,” he added.

Hays experts also say that during a time when Russian companies continue to expand abroad, there is a growing need for skilled individuals with international experience.

“As more international companies are entering the Russian market, local organizations are faced with another challenge — retaining their best people. Likewise, when Russian companies expand overseas they often don’t have the international skills to help them to develop business,” Shteingardt said.

“If Russia doesn’t modernize it’s economy, the opportunity for the country to have a bigger influence in the world will be undermined and it would be a shame,” he added.