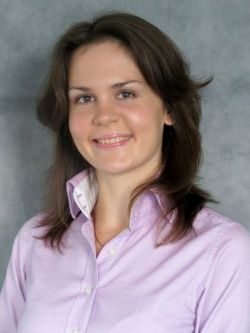 The insurance market in Russia has undergone serious changes over the years: the total insurance premiums have grown significantly, the number of insurers has dropped and in nine years the branches of foreign insurers may be knocking on the door. Still, the insurance penetration in this country remains relatively low and quite a number of initiatives are under way to help increase demand for insurance.

In particular, over 2011 and 2012 two new obligatory lines of business have been introduced: insurance of liability of owners of hazardous industrial ­facilities (Law No 225-FZ "On Compulsory Insurance of Liability of an Owner of a Hazardous Facility for Harm Caused by an Accident at a Hazardous Facility" dated July 27, 2010, effective Jan. 1, 2012) and insurance of carriers' liability for damage to life, health and property of passengers (Law No.67-FZ "On Compulsory Insurance of Carriers Liability for Damage Caused to Life, Health and Property of Passengers and On the Procedure for Compensation of Such Damages Caused During the Carriage of Passengers by the Underground Railway" dated Sept. 14, 2012 is coming into force on July 1, 2013). It is the obligatory lines that are seen as the engine for the development of the insurance sector.

One of the key drivers of non-compulsory lines of business is credibility. The much-needed trust in insurance companies can be achieved through improvements in their financial stability and transparency.

As we can see from the changes introduced in the Russian insurance sector, there is no doubt about that. First of all, the minimum capital requirements were increased significantly, sweeping the companies failing to meet the stricter capital requirements by 2012 out of the market.

In order to consolidate the strengthening in insurers' financial stability, new requirements on placement of insurance reserves and insurer's own funds came into force on Sept. 30, 2012 (Orders of the Ministry of Finance of the Russian Federation No. 100n "On Adopting the Procedure for Insurers to Invest Insurance Reserves" dated July 2, 2012 and No. 101n "On Approving the Requirements for the Composition and Structure of Assets Accepted to Cover Insurers' Own Capital" dated July 2, 2012).

In addition to that, enhanced standards of financial reporting and greater scrutiny of the insurance sector are expected to arrive once the transition to IFRS is complete (According to Article 8 (2) of Law No.208-FZ "On Consolidated Financial Statements" dated July 27, 2010 transition should be completed by 2015) and the reform of the insurance regulator is over.

Interestingly, it looks like after the absorption of the Federal Service for Insurance Supervision (FSIS) into the Federal Service for Financial Markets (FSFM) the insurance regulatory structure is only halfway through the reorganization process. It has been suggested lately to place the Central Bank of Russia on top of the structure and thereby create a mega-regulator of the financial market. It is not clear at the moment whether this project will survive, but if it survives, Russia won't be the pioneer in the post-Soviet territory: e.g. the same concept has been implemented in Kazakhstan.

As of today, the reform has not only changed the reporting structure for insurers, but also brought the new system of penalties. Still recovering after an unexpected avalanche of fines imposed by the FSFM in the beginning of 2012, the market is now struggling to moderate the regulator's appetite through negotiating the new system of fines suggested by the Finance Ministry in the Draft Law "On Amending the Code of Administrative Offenses."

The internal audit function should become a cornerstone of the system, being responsible for compliance of the company with the legislation and reporting the results of the audits to the regulator.

The compliance system is not a new thing for the multinationals present in the Russian market, but as the devil is in the details, the Russian version will still have to be analyzed thoroughly.

The draft legislation on insurance introduced to the State Duma is not limited to the issues of financial stability and compliance.

It also deals with updating the insurance legislation in accordance with international standards, meaning that the insurance services should become more transparent for the customers and insurance intermediaries should be more responsible and controllable.

Currently, the intention of the higher court's ruling seems to be somewhat distorted by the lower courts, leading to abuse of rights by consumers and potentially leading to an increase of insurance fraud.

Insurance fraud is a disease that comes along with market maturity, and the Russian market is trying to fight it by introducing relevant changes to the Criminal Code of the Russian Federation (Draft Law No. 53700-6 is available on the website of the State Duma).

Although the outcome of the respective legislative initiatives is not obvious at the moment, we believe that sooner or later the fraudulent actions in insurance will be treated appropriately.