As the largest online population in Europe with more than 60 million online users and a rapidly growing online advertising market, Russia is a new frontier for venture capitalists in search of the next Yandex.

Online advertising spending in Russia, valued at more than $1.4 billion last year, is expected to increase by 40 percent in 2012. One of the hottest market trends is the fact that a new generation of Russians book, travel and shop online as well as use smartphones and tablets. The strong educational background of Russian engineers and interest from international venture capital investors in Russia are the major drivers behind the internet startup scene growth in the country.

Here is a look at the top 10 hottest web startups to watch in Russia: 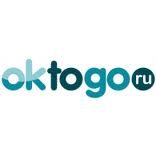 The leading Russian online hotel booking site, Oktogo.ru has not only collected the largest online hotel offering in the country, but was also the first to add user reviews from TripAdvisor. Backed by $15 million in funding from VTB Capital, Mangrove Capital Partners, Ventech and ABRT, Oktogo.ru has recently launched an innovative user interface with easy filtering options and maps. 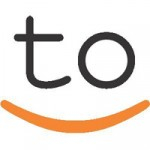 One of the most popular personal assistants on Android devices, Speaktoit Assistant was made in Russia by Ilya Gelfenbeyn and his team. With more than 3 million downloads, Speaktoit has been rated 4.6 out of 5 by 49,000 users on the Google Play app store. Founded in 2010, Skolkovo resident Speaktoit has just raised venture capital from Intel and released a Russian version of its application.

Launched by CEO Oskar Hartmann in 2008, KupiVIP.ru has attracted $86 million from Accel Partners, Bessemer Venture Partners, Balderton Capital, Mangrove Capital Partners and Russia Partners. The leading Russian online shopping club KupiVIP.ru, which has more than 8 million members, has offered an e-commerce platform to major offline department stores in Russia and launched its own online store, ShopTime. KupiVIP.ru, which is eying an IPO in New York next year, has just closed a new $38 million round of funding led by Intel Capital to market ShopTime and invest in its logistics. 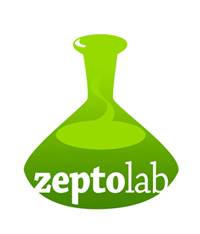 ZeptoLab's Cut the Rope game is the Russian answer to Rovio's Angry Birds. Developed in Moscow, Cut the Rope has reached over 100 million game downloads on major mobile platforms, and already has had a sequel. Headed by CEO Misha Lyalin, ZeptoLab leverages its Om Nom game character by branching out into plush toys and kids' wear via merchandising deals.

The lightweight, high-performance web server, reverse proxy and e-mail proxy software provider Nginx is the number two web server software on the Internet, behind only Apache. Nginx has not only beaten Microsoft, but has also gained against Apache. Founded by former Rambler engineer Igor Sysoev, Nginx has received $3 million from BV Capital, MSD Capital and Runa Capital to make its free web server a commercial success. 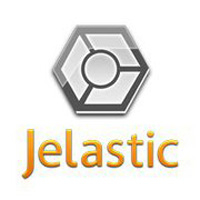 Launched by CEO Alisa Chumachenko in 2009, Game Insight is now one of the leading game publishers and developers on Android. First started as a seed investor for social game developers, Game Insight has quickly moved to mobile platforms with a freemium business model. Its title "Rule the Kingdom" challenges "Angry Birds Space" in top-grossing Android game charts in the US.

The online school service Dnevnik.ru was launched in St. Petersburg in 2009. Since then, Dnevnik.ru has signed up more than 19,000 schools and 2.4 million school children in Russia. Having got less than $2 million from Prostor Capital, Dnevnik.ru can soon announce a new round of funding.

At Least 10 Killed in Missile Strike on Ukrainian Shopping Mall

Russia has not yet commented on the strike.
united front