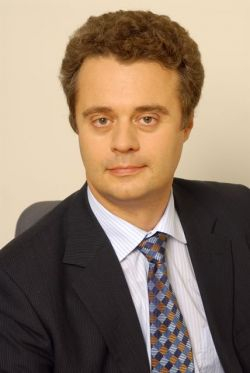 The information revolution has changed how business is done, and has engendered a whole new business sector. Chief information officers sit on the boards of companies, and Microsoft and Intel are household names. But how is Russia absorbing and adapting to these changes? And what is the best way forward for us?

Russia’s adoption of IT, as of so much from abroad, has not been a one-off wholesale transplant of foreign know-how into the Russian context. It has involved — and continues to involve — characteristics particular to our nation and historical development.

Whereas developed Western nations were eased gently into the adoption of the processes, software, hardware and connectivity which make up the corporate IT environment over decades, in Russia we were simply thrown in the deep end and had to swim.

The end of the Cold War and the subsequent opening of Russian markets meant we began by playing catch-up; and not only catch-up, but catch-up at a time of confusion and tectonic social and economic upheaval.

This upheaval meant that the creation of the IT environments needed to support the new businesses on the burgeoning Russian markets of that time were improvised. Russian software producers scrambled to occupy niches in that chaos, and consultants struggled to understand the whole confusing matrix and to give companies advice. There was little in the way of overview, long-term planning, or realistic goals regarding scalability. Business leaders bought into ideas as much on the basis of hearsay or prestige than on sound principles based around the needs of growing a particular business. Simply because your friend with a logistics company had implemented SAP with a few thousand relational tables for data did not mean that your chain of restaurants needed it as well.

On this backdrop, many companies opted to create IT subsidiaries, such as LUKoil-Inform or TB Inform. This resulted in both a lack of competition and a spirit of complacency. Cronyism and no-bid tenders proliferated, compounding an already lamentable situation.

So, the legacy of our position is one of palpable disruption, ill-advised projects, questionable business justifications and poor interconnectivity resulting in an uncompetitive market.

But change is in the air, driven in large part by the financial crisis, which is forcing decision makers to take a harder look at cost-benefit relationships regarding IT.

The first possible way forward is simply to close down the IT subsidiaries with their associated “understandings” and too-cosy relationships with the primary company, and outsource the whole IT requirement.

The second — favored by companies not ready for such fundamental changes — is to create a new interrelationship between business and IT, not by reforming IT organizations directly, but by fundamentally reforming the way clients obtain services from their IT suppliers, and leveraging the new basis on which requirements are stated and measured to effect change within the said IT companies.

However, beyond the practicalities of understanding and implementing successful IT projects, a theoretical chicken-and-egg conundrum exists between business and IT: Which comes first? Is it IT that is the innovator driving business? Or is it business, with its goals and processes, which IT has to mirror and facilitate? This question lies at the root of understanding how IT is best to develop.

This question is as important in Russia as anywhere in the world, and today two main trends are to be seen.

Some companies regard IT as a resource whose purpose is simply to service business. It is a bought-in service, like any other, which can be sourced on the market.

Other companies are more inclined to regard IT as a driver of innovation in business, which creates, develops and spawns new markets under its own impetus. Social networks would be a clear example of technical innovation resulting, through vision and creativity in application, in a new model and sphere of commercial enterprise.

The truth, perhaps, lies not midway between these two views, but in an amalgam of them; there is a symbiotic relationship between these two disciplines — business and IT — from which they both grow, learn and develop.

However, back from the theoretical to the eminently practical: How is Russia to optimize, rationalize and implement an information network that is scalable, efficient and usable in the context of our huge landmass, nine time zones and issues of corruption in the bidding process?

The simplest and most efficient solution in this context, in my view, is cloud computing.

Cloud computing is location-independent computing, whereby shared servers provide resources, software and data to computers and other devices on demand, as with the electricity grid. Details are abstracted from consumers, who no longer have a need for expertise in, or control over, the technology infrastructure in the “cloud” that supports them.

An analogy might be: You no longer buy a fridge, a cooker, pans and crockery and groceries from the shop and cook your own food. Your kitchen is empty. When you want scrambled eggs and a cup of tea, you access the ingredients “in the cloud” and download the result. In IT terms, your entire process and data are somewhere else. You just need connectivity.

But “connectivity” is the key word.

Implementation of such a system on a national basis would need a high-speed, reliable connectivity backbone in place, either on the basis of fibre-optics or satellite technology. Also, either automated or semi-automated mechanisms would need to be in place to support the technology with minimum human input.

According to the research company IDC, the potential for cloud computing in Russia is significant, with current volumes standing at $4.8 million and expected to grow to $93 million by 2013.

Of course, there are many issues still left to be resolved regarding privacy, security and reliability of service. It is one thing when a company intranet goes down. It would be another if the whole cloud fell over. But given these provisos, I know of no more robust methodology by which Russia can fully catch up, optimize its IT processes as a nation, and get on with the issues of doing business in the modern world.

Russian Exports to EU Up Amid Higher Oil Prices