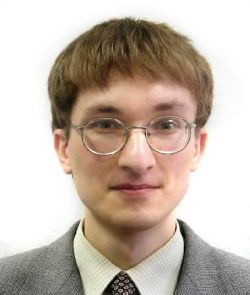 Federal Law No. 229-FZ, dated July 27, 2010, introduced significant amendments to the tax legislation relating to the calculation and collection of taxes, which will affect most taxpayers. The majority of these amendments entered into force as of Sept. 2, 2010.

Tax Registration With the Tax Authorities

The law substantially alters the procedure for registering companies with the tax authorities when they operate through stand-alone subdivisions.

A company should register each stand-alone subdivision that it opens with the tax authorities, with the exception of branches and representative offices, since the corresponding data is entered in the foundation documents, and also the divisions of foreign not-for-profit establishments, which are registered with the tax authorities on the basis of data from corresponding registers. Such an obligation arises, inter alia, if a stand-alone subdivision is opened within the jurisdiction of the tax authority where the company has already been registered for tax purposes.

The law introduces the obligation of the taxpayer to notify the tax authority about any amendments to the data on the stand-alone subdivision that were previously reported to the tax authority.

Moreover, under the existing procedure, the authorities should also be notified of any changes in a subdivision’s head or name.

Introduction of the Electronic Registration of Business Transactions

VAT invoices may be issued electronically, provided that they comply with the standard procedure, which should be established by fiscal authorities. The provisions of the Tax Code on issuing VAT invoices electronically will not apply until this procedure has been adopted.

Unfortunately, the law fails to specify the form in which such an agreement should be made, and the reference to “transaction” can be interpreted as requiring an agreement to be reached for each specific transaction in the form established for this transaction.

However, we believe that, taking account of the legislators’ aim of facilitating electronic document management, it will be sufficient for the parties to a transaction to give consent in relation to any transaction between them rather than needing to give their consent separately for each specific transaction. Therefore, once the parties make an agreement to use electronic registration in all dealings between them, this constitutes compliance with the relevant requirement. We believe that it would be acceptable to document the consent in the form of a multiparty adherence contract concluded in any form permitted by the civil law, for instance, with the assistance of business associations.

In view of the risks related to “sham” suppliers, when a buyer does not know that the document was signed on behalf of the sham supplier and deducts expenses on the documents only for the tax authority to disallow the deductions, we would like to point out that issuing of VAT invoices electronically will to all intents and purposes require some sort of special diligence relating to the signing and transfer of the documents.

It cannot be ruled out that electronic VAT invoices will be compiled and issued using the hardware operated by the Federal Tax Service or its special subdivision, which should counteract tax evasion performed through sham suppliers, but may at the same time cause technical and organizational complications, as was the case with the government’s automated alcohol monitoring system. Other risks are related to protecting commercial secrets.

The following amendments in the calculation of separate taxes are noteworthy: The amount of deductible interest on debt obligations in a foreign currency has been reduced by up to 0.8 times the interest rate of the Central Bank for profit tax purposes, if the taxpayer has no other debt obligations on comparable terms; the term limit for remitting withheld tax has been reduced to one day, while the procedure for calculating the profit tax on mining activities has been changed.

The procedure for recognizing the upkeep expenses of the so-called “auxiliary units and facilities” has been simplified, and the cap on such expenses approved by local self-government bodies has been cancelled. Where there are no comparable facilities, expenses may be deducted according to the amount incurred by the taxpayer. The liberalization of the procedure for recognizing the losses arising from the upkeep of auxiliary units and facilities seems to us to be ambiguous, taking account of the fact that the law, as it previously did, includes areas for playing golf, race tracks, stables and saunas within this class of auxiliary units or facilities. In our view, deductibility of losses from the upkeep of such facilities should be considered in accordance with general principles of determining a reasonable business purpose.

Electronic Document Management in Relation to the Tax Authorities

After Jan. 1, 2011, documents may be exchanged between the tax authorities and taxpayers electronically through secure telecommunications channels. Thus, documents requested by the tax authority may be submitted in this way. But this will require the adoption of a new unified electronic document management procedure, which, in all probability, will be similar to the existing procedure for filing tax accounts electronically.

It will probably be the taxpayer’s obligation to check incoming correspondence from the tax authority, meaning that any claim by a taxpayer that correspondence delivered to a particular server was not actually read is unlikely to carry any legal weight.

The legislators made a contentious decision in giving the tax authorities the right to choose how they send documents affecting the taxpayer, for example, a tax demand, could be sent in person, by electronic means or by post.

It should be noted that the law imposes liability for violations of the procedure for presenting tax returns electronically. We consider that presenting a tax declaration in paper form instead of the electronic format prescribed by the law is itself a breach of this procedure in general, even when it is not a breach of any specific provision of this procedure. However, submitting a tax declaration in paper form, as before, instead of an electronic version, cannot be considered a failure to submit it.

At the same time, information constituting confidential data of third parties should not be submitted to the audited entity together with the audit report: Document extracts should be submitted instead. This provision must have been introduced to anticipate and prevent attempts by lawbreakers to distort case evidence by pressurizing the persons who aided and abetted the tax authorities with the audit. Nevertheless, the goal of protecting the sources of evidence should not result in a violation of the “equal weaponry” principle in a tax dispute, especially if it does not have a criminal legal component. The “equal weaponry” principle in this context means that the law shall not prevent entities from preparing bona fide objections on any evidence, for example, citing the bias of the persons serving as the source of evidence.

The amendments stipulate that interest should be accrued if the tax authority illegitimately issues a decision to suspend transactions on a taxpayer’s bank accounts, and not only in cases where the deadline for withdrawal of such a decision is violated. Interest is accrued from the day when such a decision was issued.

The amendments to the tax legislation introduce extensive changes to the deadline for the payment of tax arrears, including granting deferral on the payment of tax arrears and payment in installments. However, we tend not to believe that these changes will bring the anticipated improvement in practice. Unfortunately, it remains unclear whether the competent authorities have the arbitrary discretion to decide whether to grant a deferral on tax payments or payment in installments. Also, the interest payment obligation applies, inter alia, even to a payment deferral or payment in installments owing to compelling circumstances such as natural disasters and other force majeure circumstances. This fails to fully consider the paying party’s ability to repay tax arrears owing to an adverse operating environment that is beyond control.